Nicki Minaj, all You need to Know about Her

By GreatAlexander (self meida writer) | 3 days

Onika Tanya Maraj-Petty (born December 8, 1982), known professionally as Nicki Minaj, is a Trinidadian-born a rapper, singer, and songwriter.She is known for her animated flow in her rapping and versatility as a recording artist. 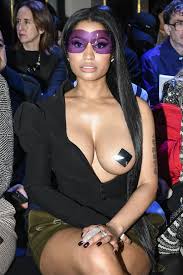 Born in the Saint James district of Port of Spain, Trinidad and Tobago and raised in Queens of New York City, she gained public recognition after releasing the mixtapes Playtime Is Over (2007), Sucka Free (2008), and Beam Me Up Scotty (2009). Early in her career, Minaj became known for her colorful costumes and wigs, her distinct flow, and the use of alter egos and accents, primarily British cockney. In 2010, Minaj released her debut studio album, Pink Friday (2010), which was certified triple-platinum by RIAA, and peaked at number-one on the Billboard 200 chart. 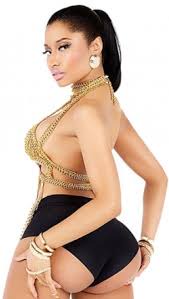 It yielded Minaj's first top-five single, "Super Bass", which peaked at number three, at the time becoming the highest-charting solo song by a female rapper since 2002. Her second album, Pink Friday: Roman Reloaded (2012), saw Minaj move towards a dance-pop and pop rap sound. The album debuted at number one on the Billboard 200, with its lead single, "Starships", peaking at number five on the Hot 100. Minaj's third and fourth studio albums, The Pinkprint (2014) and Queen (2018), marked a departure from her previous style and a return to her hip hop roots. The former's second single, "Anaconda", peaked at number two on the Hot 100. 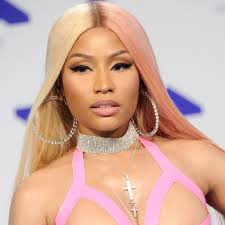 Her feature on the remix of Doja Cat's "Say So" and her collaboration with 6ix9ine, "Trollz", both released in 2020, marked her first and second number-one singles on the Hot 100, respectively, with the latter making her the second female rapper to debut at number one, following Lauryn Hill in 1998.Minaj is the female artist with the second-most entries on the Hot 100, behind pop singer-songwriter Taylor Swift, including features, with each accumulating over 100.She has nineteen top 10 singles on the chart, the most for any female rapper so far, with four of those being solo songs. Her collaboration with Karol G, "Tusa", became the longest-running number-one single on the Argentina Hot 100, having spent six months at number one on the chart. Her 2021 re-release of her 2009 mixtape, Beam Me Up Scotty, debuted at number two on the Billboard 200, the highest-debut for a female rap mixtape. 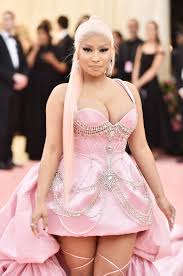 Minaj is one of the best selling female artists of all time with 100 million records sold worldwide. Her numerous accolades include eight American Music Awards, five MTV Video Music Awards, twelve BET Awards, and four Billboard Music Awards. Billboard ranked her the top female rapper of the 2010s, as well as ranking her seventh among the top female artists of the decade. In 2016, Time included Minaj on their annual list of the 100 most influential people in the world.Outside of music, Minaj's film career has included voice roles in the animated films Ice Age: Continental Drift (2012) and The Angry Birds Movie 2 (2019) as well as supporting roles in the comedy films The Other Woman (2014) and Barbershop: The Next Cut (2016). She also appeared as a judge on the twelfth season of American Idol in 2013.

A generous man builds a lovely tiny house on wheels for a homeless 60-year-old woman. (watch)