By HotNewsgh_official (self media writer) | 6 days ago 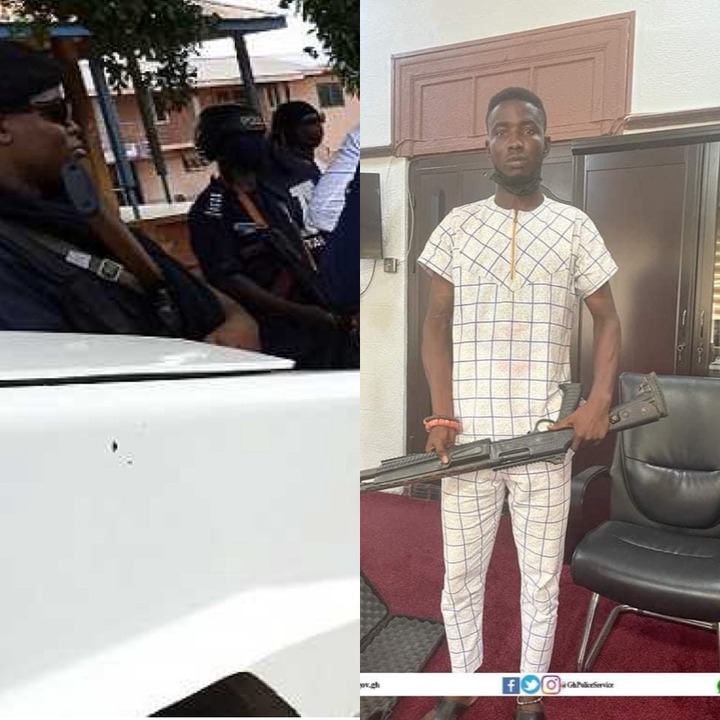 Brandishing of guns or weapons in public and on social media is becoming a habit of most Ghanaians. People are actually coming out of their comfort zones and making people realize how dangerous they are.

A country whose citizens are capable of this behavior is a system or a country where the individuals do not obey the law and hence needs to be dealt with.

The kind of weapons that these suspects hold or posses in their weapon brandishing spree is scary and a big threat. 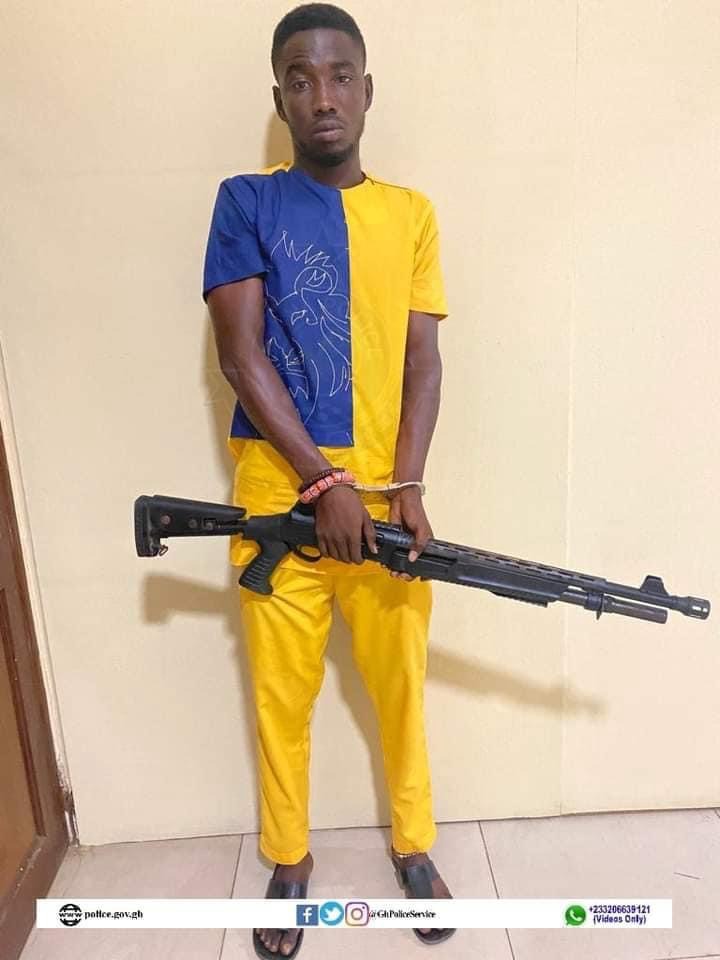 Most at times, people do not know what motivates them to post videos of weapons and threats online but they still do it anyway.

A young man who was spotted in a viral video brandishing a gun and sending threatening messages to the Ghanaian citizens has been arrested by the Ghana police.

This young man was flaunting his weapon which is believed to be capable of holding several multiple rounds of ammunitions.

The Ghana police after arresting him have interrogated him only to realize that these gun supplies come from persons who have been in the business for long.

According to Nii Ponponsuo the arrested, one man named Fire man or also known as inspector is the main image behind these weapons. 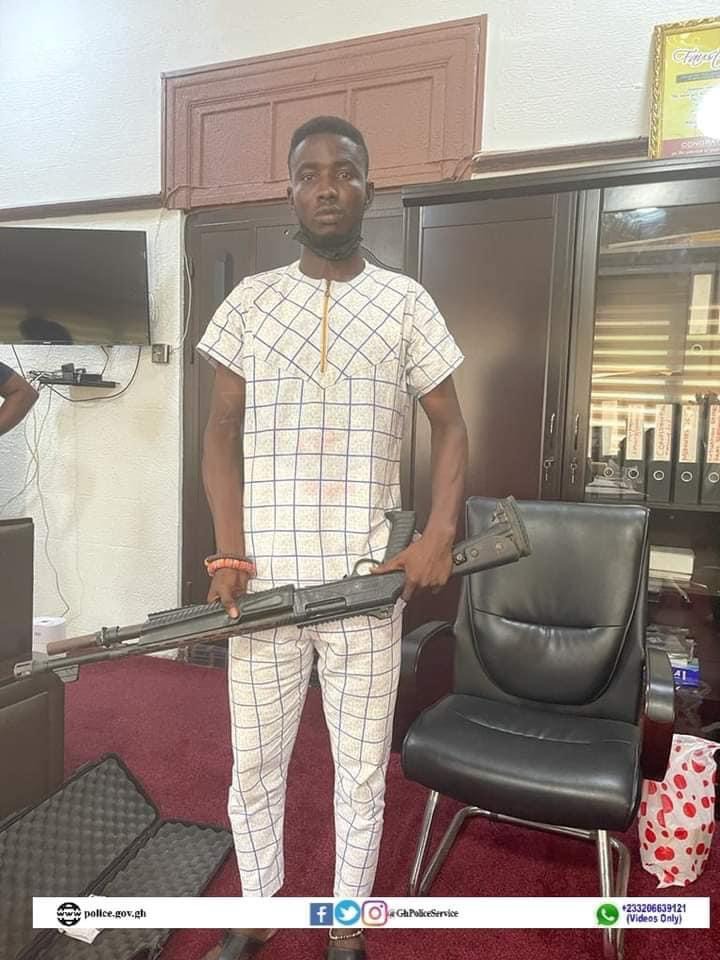 He has had this weapon in his possession for the last six months and has never been caught by the police. According to him, he was in the possession of a few pistols until he moved into bigger weapons.

The Ghana police service are still trying their best to chase down this inspector dealer and bringing him to justice.

The police however stands by the fact that anyone caught in these acts will not be spared. Because amidst their robberies, the IGP sent out strong warning before beginning their operations.

Hence, anyone who is found in trouble for doing any of these illegal things is definitely going to smile at the wrong side of his or her mouth.