Here Are 7 Women Who Endured Poverty Life With Their man, And Has Become Wealthy Today

By African_Queen (self meida writer) | 12 days

The very embodiment of this patience is the ladies we are going to introduce to you in this article. Despite their difficulties, they stayed with their companion. They can rejoice today that they are women of world-famous personalities. Mrs. Georgette Eto'o, Ivorian by origin, is the wife of one of the icons of world football; Cameroonian Samuel Eto'o Fils. She is responsible for a small hairdressing salon in Nantes when she crosses paths with the amateur footballer, then desperately looking for a club. She supported him throughout his career until he became the one everyone knows today. They were married legally on July 06, 2007 and religiously on June 14, 2016, today the two lead fulfilling lives. Nana Ketchup is the wife of the famous Congolese artist; Fally Ipupa. She meets her future husband when he was just a budding artist going through very difficult times. There were many people close to Nana Ketchup who did not want to see her with Fally. For them, she was wasting her time with a good-for-nothing, who will go nowhere with her music. But she thought the opposite because she had faith that one day would be a big star. Today time has proved her right, her husband is one of the most fortunate African artists on the continent. Originally from Mali, Lalla Diakité is the niece of former Malian President Amadou Toumani Touré. Lalla is more particularly known to the general public for being the wife of the famous Ivorian footballer Didier Drogba. Lalla met her future husband in 1999, when he was only at an amateur level. Despite this, she stayed with him until he experienced this stupendous career, which made him one of the most influential people in the world. Married since 2011, the couple live in perfect harmony, despite the fact that she is Muslim and he is Catholic. Mrs. Aliya Olomide is the wife of the mega star of African music; Koffi Olomide. She and her husband have had their ups and downs, but she has held on and today the couple has married almost 25 years. The one we are now discovering is the wife of the vocal lead of the legendary Ivorian group Zouglou; Magic System: Mrs. Simone Gbagbo, former First Lady of Côte d'Ivoire, is the wife of the former Ivorian President Mr. Laurent Gbagbo. It was at the University, from 1973 that she met her future husband; Laurent Gbagbo, although at that time their relationship was only political. It was not until 1989 that they married. She has stood firm and faced adversity for many years alongside her husband. Committed to the latter, in the fierce fight against the PDCI-RDA regime, for the establishment of a multiparty system, Simone Gbagbo has never given up. Despite all the tribulations she went through, she always remained on her husband's side, until they became the presidential couple of Côte d'Ivoire from 2000 to 2011. 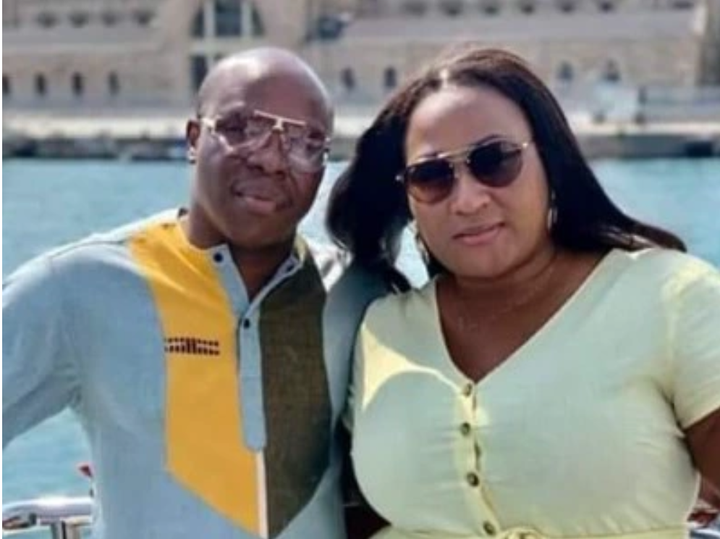 Mrs. Hélène Moya Aka A'Salfo, is the wife of A'Salfo, Ivorian zouglouphile artist from the group Magic System. She lived through painful moments with her husband in a precarious district of Abidjan, called Anoumabo in the commune of Marcory. Notwithstanding all the difficulties she encountered with her husband, she never despaired, better it was herself who cheered him up, when he had no hope for a better tomorrow. As he himself confides in an interview with a journalist from a local press house. His patience and selflessness paid off. Today she is the wife of one of the most influential artists of the African continent.

They surely reaped the fruit of their labor with patience....share with others as well