Just like every other club that has had a series of magnificent players, FC Barcelona has had a continuous transfer of power and responsibility in certain parts of the pitch from outgoing World class players to youngsters with potential. One of the most prominent of these power transfers is the one which happened between the Brazilian legend, Ronaldinho Gaucho, and FC Barcelona's statiscally greatest player of all time, Lionel Messi. Ronaldinho served as a big brother, a father and a mentor to Lionel Messi during his young ages and Lionel Messi, during his last few days at FC Barcelona, he did same for Ansu Fati. 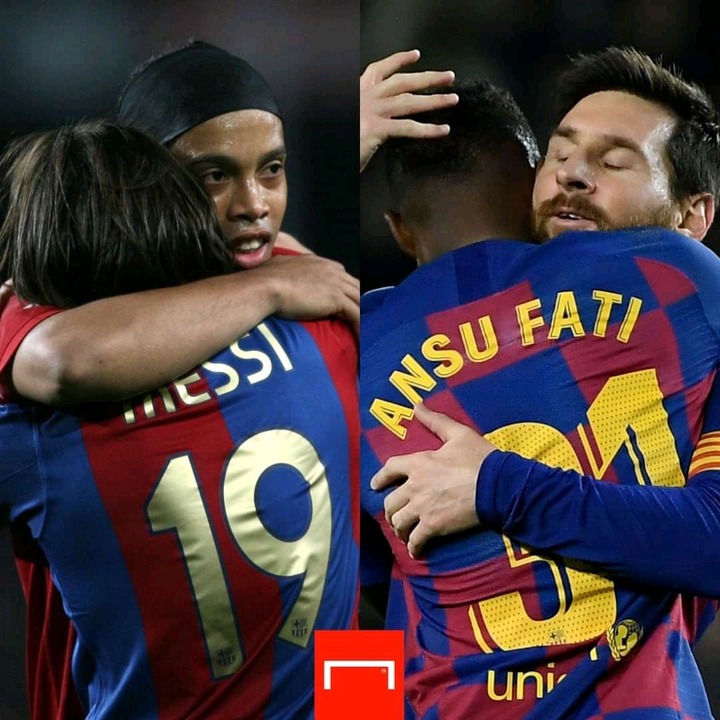 Ansu Fati, the youngster who has been tipped to carry the hopes of FC Barcelona on his shoulders, is a very promising star who's shine has been seen by many, including his very own coach Ronald Koeman.

Unfortunately for Koeman, things haven't been going very well with FC Barcelona and at it stands, it's almost a complete certainty that he'll be leaving the club soon. A legend of the club as a player, but couldn't make a name as a coach. 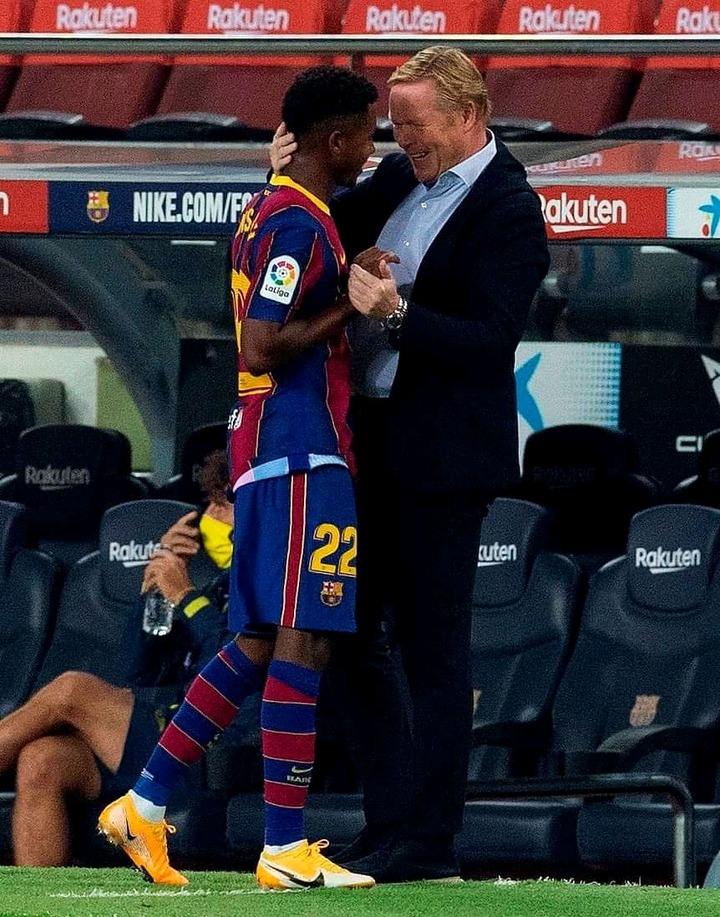 For probably his love for the club and Ansu Fati, Ronald Koeman decided not to leave the club without giving an experienced advice to the biggest hope of FC Barcelona. This few words with Fati was as phenomenal as it gets and this certainly proves how much wisdom and experience Koeman has in the game of football, although he was quite able to prove much of that as a coach. He said;

" Be yourself, don't pay attention to Messi's comparisons. There's only one Messi, be Ansu". 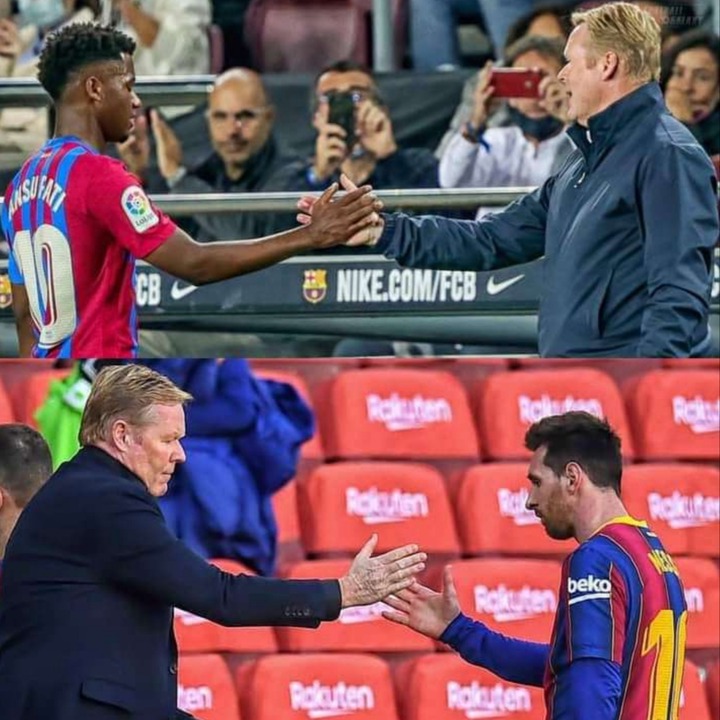