By Ghana'sthirdeye (self media writer) | 22 days ago 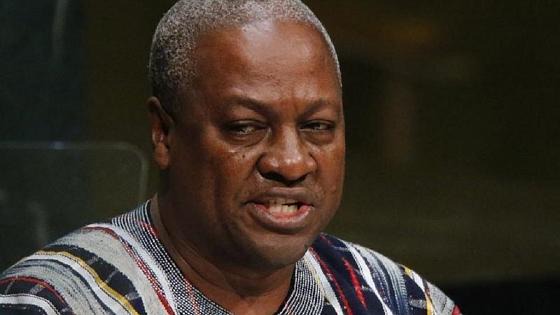 Not long ago, the Member of Parliament for Ningo Prampram, Hon. Sam Dzata George mercilessly threw a package of insults at the President of the land, His Excellency Nana Addo Dankwa Akufo-Addo for his inability to pay a visit to the people affected by the November 7 Tidal Waves in the Volta Region of Ghana.

Hon. George tagged President Akufo-Addo on Metro (Good Morning Ghana Show) as "callous, heartless and wicked". This raised a lot of controversies on social media, and caused tensions between members of the opposite parties (New Patriotic Party and National Democratic Congress). Though it is a usual strategy used by the members of the two parties to score some political points whenever they are given the opportunity on TV to argue out their stances, it is however, so extreme to tag the president as such.

Meanwhile, a reliable report has revealed that, in accordance with the principles of democratic governance such as centralization of activities, division of labour, and delegation of authority in response to emergency or crisis situations, NADMO has responded promptly to the issue, and provided the residents with some basic necessities.

Members of the NDC seem not to be satisfied with this move by the government, but have rather shifted the argument to the government's inability to make provision for a sustainable Sea Defense Project to mitigate this problem entirely from that area. While this is said with a different tone, just to suit the stance of the speaker, Ghanaians are critically examining each step taken by every leader of the two parties. Upon a critical analysis, the writer has realized that many Ghanaians are growing their thoughts and prudence in terms of their relationship with politicians, and their actions toward voters, after assuming office.

Mr. John Dramani Mahama of the NDC seems so restless and ubiquitous after losing the 2020 presidential election. He is seen almost everywhere in the country, possibly to seek some sympathy from Ghanaians, or perhaps to score some points. He appeared so unhappy when he realized that President Akufo-Addo had failed to pay a humble visit to the people of Keta. As some are describing his reluctancy as a form of discrimination towards the Ewe tribe, some think they deserve such treatment because after all they do not really vote much for the NPP during elections.

But Mr. Mahama who is a lover of the Ewes and the people of Volta and Oti Regions has demonstrated his care and empathy for the affected persons in Keta, through donation of some essential items, including: 1,000 bags of rice, 3,000 mattresses, 2,000 pieces of canned fish and tomatoes, boxes of Nido and Milo (according to Citinewsroom report). 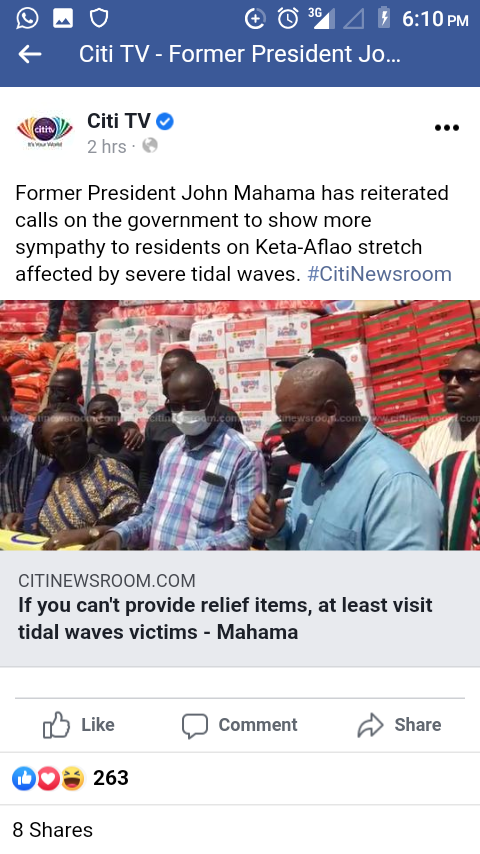 Meanwhile, Mr. Mahama descended on President Akufo-Addo, and said: ""Even if you cannot provide them with anything, just a visit to show you care about them is important."

He further said: "NADMO don't have the items, and I don't blame them. It is the fault of the administration because they are not given the sufficient resources to be able to respond."

However, some Ghanaians on Facebook have blasted Mr. Mahama, amidst his kind gesture towards the people affected by the Tidal Waves in Ghana's Volta Region.

Below are the screenshots of their comments on Facebook: 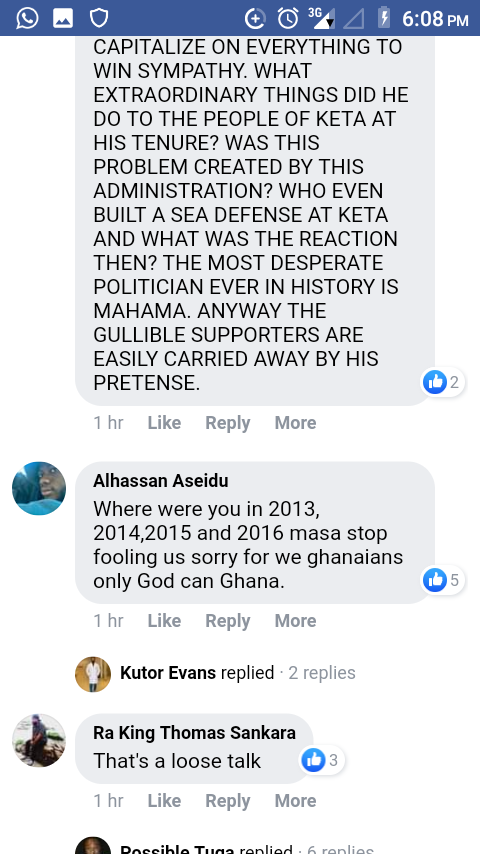 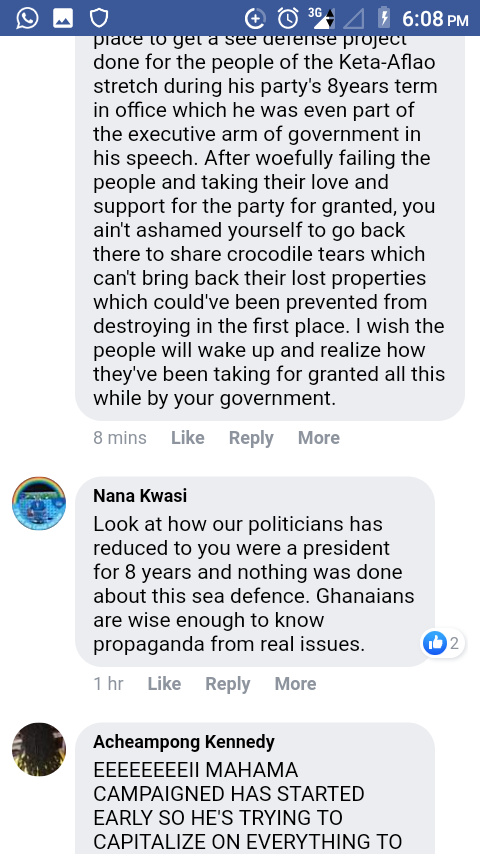 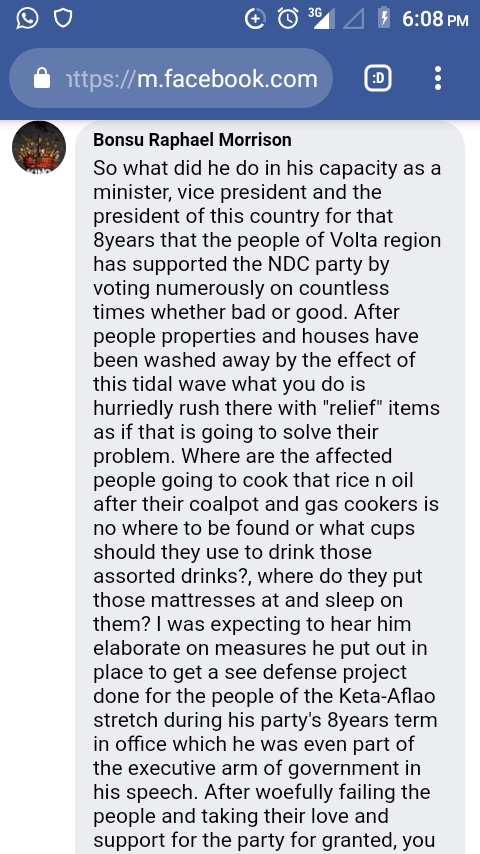 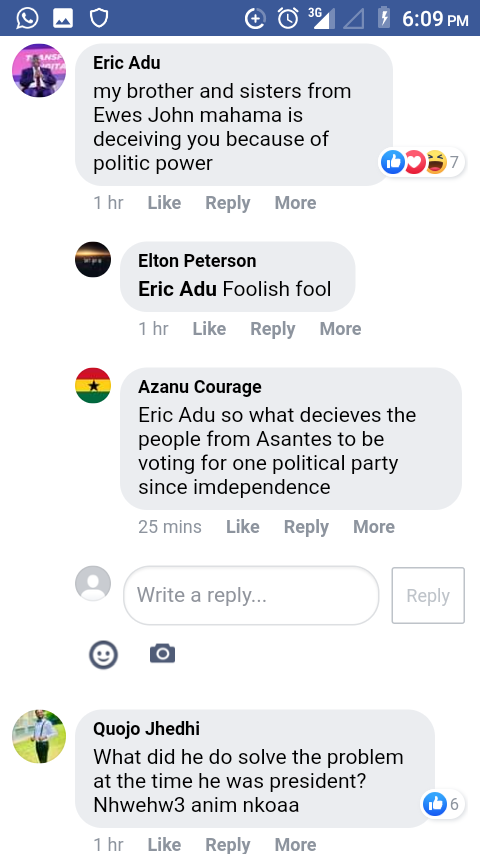 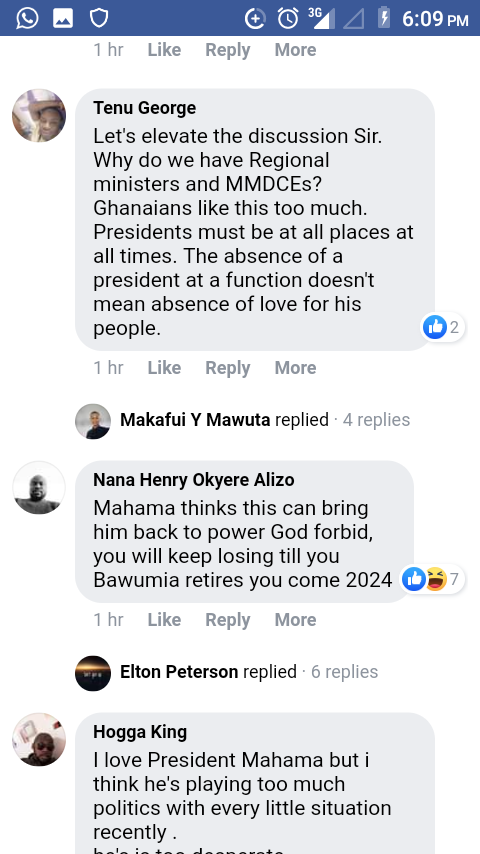 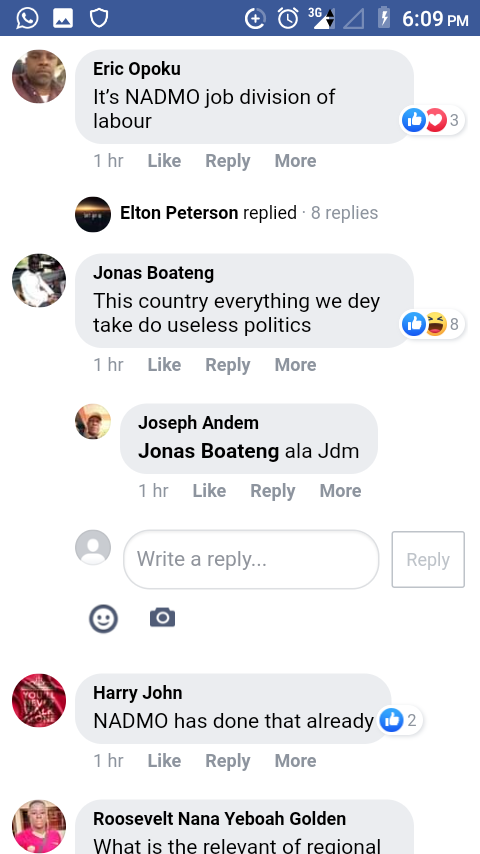 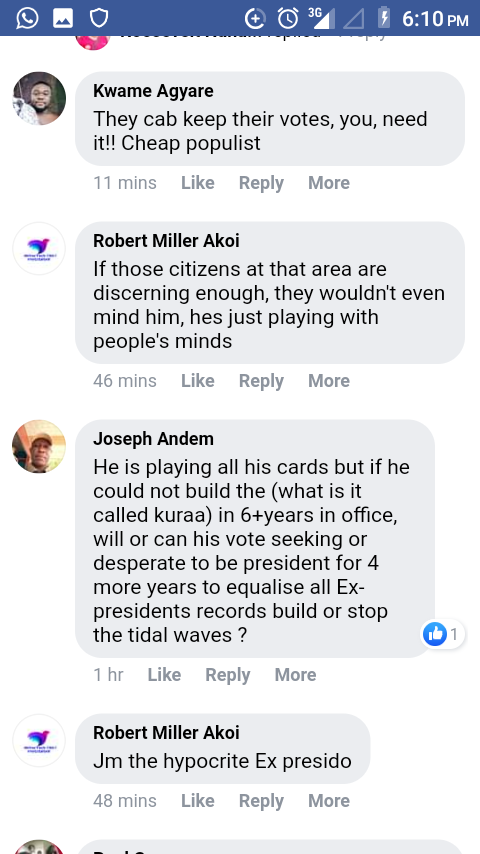 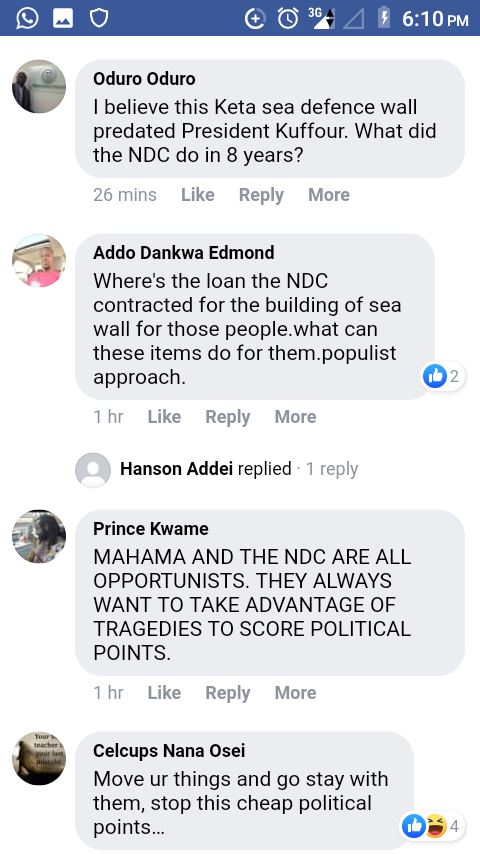 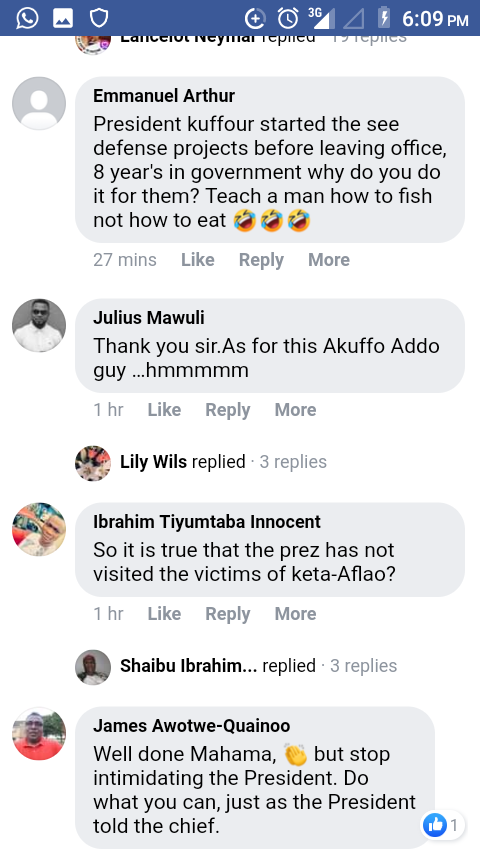 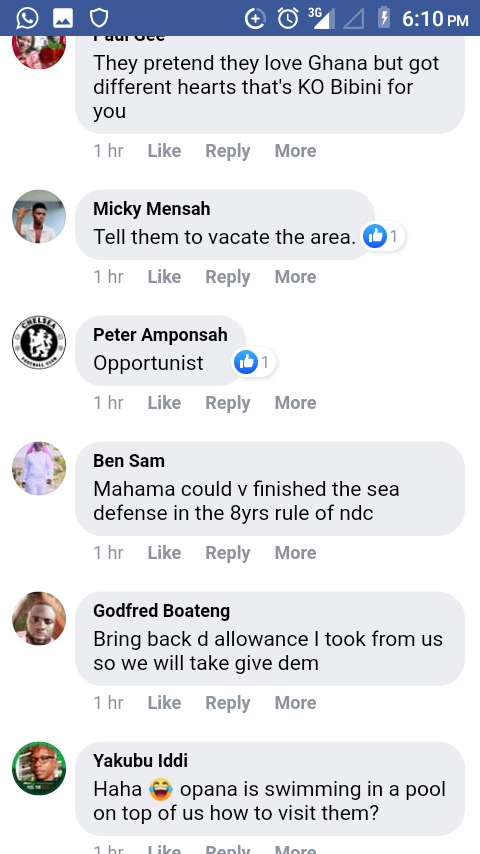