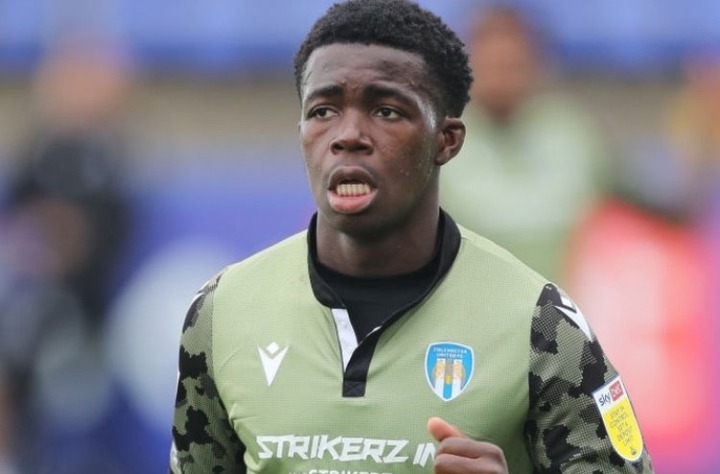 Kwame Poku who plies his trade in England with League Two outfit Colchester United was handed a shocking call-up on Thursday by Black Stars manager CK Akonnor for the two crucial games. The decision has drawn condemnation from Ghanaian football followers and that has forced the withdrawal of the midfielder from the squad.

Kwame Poku will now join Black Stars B for the friendly encounter against Uzbekistan in Tashkent on Thursday, March 25, Ghana Football Association (GFA) communications director Henry Asante Twum revealed. “He will join the team going to Uzbekistan from Europe to be monitored by Ibrahim Tanko to send reports and recommendations to the technical team and FA,” Henry Asante Twum said on Oyerepa FM.

According to reports, CK Akonnor wasn’t aware of the player’s invitation, the player was rather handed an invitation by the FA. Howbeit, Henry Asante has debunked those reports. “Three meetings were held before the Black Stars list was released involving the technical director, management committee, technical team and International Relations committee,” Henry said.

He continued: “It was suggested we monitor him closely if he fits into our scheme of things then we continue calling him.Henry Asante revealed that the decision to hand the player call-up is to secure his international future as he’s eligible to play for England as well.

“He (Kwame Afriyie Poku) is a talent and a prospect we need to tie down but it’s possible the coach (CK Akonnor) had his own reservations but he’s aware of every player called,” he ended. Kwame Poku has featured in 35 games for Colchester United in all competitions this season, he has scored a goal and provided 3 assists.

The Black Stars will face South Africa in Johannesburg on Thursday, March 25, before hosting Sao Tome in Accra few days later. The West African giants need a point from the two games to secure a place at the 2022 AFCON to be staged in Cameroon.