By entplusgh (self meida writer) | 1 months 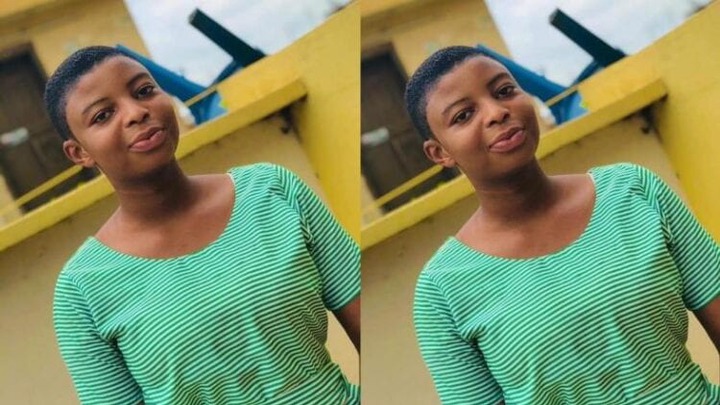 The mother of Leticia Kyere Pinaman, a 16-year-old JHS student who was discovered hanging in a dining hall, has spoken out about her daughter's death.

The child, according to the woman, did not hang herself to death, but was instead hanged after she died.

She clarified that the doctor gave various signs that a person who dies by hanging should have, but Leticia didn't have any.

Leticia Kyere Pinaman, a 16-year-old student at Sunyani's Miracle Junior High School who was stated to have committed suicide, has refuted the allegations.

In a video, the heartbroken mother said that her daughter was dead before she was hanged, according to the doctor.

She listed the various signs that people show when they are hanged alive, according to the doctor, but noted that Leticia lacked any.

“There was no evidence of death by hanging, according to the doctor. Her tongue did not protrude, and she passed no feces or urine. And that means she was already dead when she was hanged,” her sentence reads.

Gifty Acheampong, the school's Housemistress, spoke to Citi News about her side of the story, saying:

“I was in the kitchen when I heard the students yelling,” says the source. As I arrived, I saw her hanging, so I rushed to the church auditorium to summon the proprietor and proprietress.

DSP Kingsley Wiredu, the Sunyani Division Police Crime Officer, confirmed the incident and stated that his unit is collecting information and will brief the media at the appropriate time.

The student's body has been taken to the Bono Regional Hospital Mortuary.