By Tawheednews | self meida writer
Published 10 days ago - 11619 views 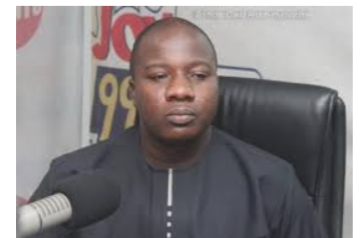 The NDC Member of Parliament of Parliament for Bawku Central, Hon. Mahama Ayariga has stated that, it is wrong for the leadership and some MPs to be making negative statements about the approval of Finance Minister, Ken Ofori Atta.

According to the Bawku Central Law maker, the decision to approve the Finance Minister by the Minority Caucus was a party directive and not the decision by the NDC Members of Parliament.

He therefore cannot fathom why the leadership of the Party including some Members of Parliament will be making negative comments about the approval of the Finance Minister.

He made these comments in reaction to the decision by North Tongue Member of Parliament, Samuel Okudzeto Ablakwa from the Appointment Committee of Parliament.

The Bawku Central Member of Parliament made these comments on GHOne TV's morning show hosted by Lantam.

The decision by Hon. Ablakwa to resign from the Appointment Committee of Parliament has raised a lot of eye brows as many are of the view that, there is disunity in the front of the NDC Caucus in Parliament.