Bernard ElBernard Nelson-Eshun Writes on "When It Is Time To Leave."

By TommyO'Dell (self meida writer) | 23 days

Bernard ElBernard Nelson-Eshun is a fast rising Prophet of God and in a Facebook post, that has since gone viral, he shares wise counsel on "WHEN IT IS TIME TO LEAVE."

We leave churches, work, friends, etc, but in this write up, he gives us practical ways we can do that, in a way, that will prevent us from "causing harm or burning bridges" He writes that: 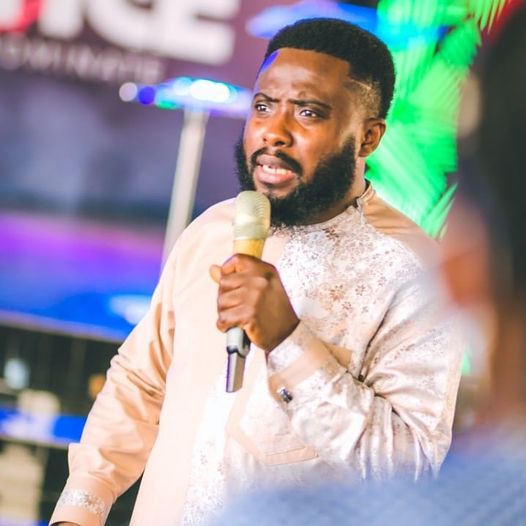 The world is filled with opportunities but these opportunities are sometimes hidden in problems. Our ability to turn these problems into solutions will determine how we are celebrated.

There was once an innovative, creative, and an intelligent young Christian who lived his life obeying natural laws and the laws of God. After graduating from the University, he landed a job with a multinational I.T firm.

The management of this firm saw his potential and invested in him by supporting him to further his studies. They sent him abroad a couple of times through which he acquired two master degrees in Leadership and in I.T respectively. They later helped him pursue his PhD. He used the knowledge he had acquired to help build this multinational firm to become the most sought after I.T firm worldwide.

After he had acquired his PHD and served his compulsory 10 year term of employment, he started looking for other opportunities and more challenging roles in different organizations to develop himself.

He landed a well paying job but the problem was how to exit the organization that had invested so much in him to become who he had become. He had a personal discussion with the Managing Director. It was difficult for them to allow him go since he was one of their most important staff, but they finally agreed after they had received his 3-months official notice.

He was doing well in the new company until something unfortunate happened in less than two years of working with them. Due to this incident, the company collapsed and rendered him jobless for about 4 years. He had bills to pay, a family to take care off and personal projects to complete.

When the first company he worked for heard about his situation, they went out of their way to bring him back.

How did you leave your former church?

1. No matter how intelligent you are, you will need people to help you to achieve your dreams and aspirations.

2. In your season of honour, be careful you don’t forget.

3. Risk taking is part of life.

4. It is not about you leaving a relationship, a church or an employment but how you leave and when you leave.

5. How you leave can destroy your good intentions for leaving.

6. In your bid to leave, always remember the relationships that blessed you.

7. The company went after the young man despite their investment and the pain of his departure because he left the right way.

8. The young man was able to go back to the company because the company handled his departure with maturity and did not hurt him.

9. Always remember the people, the opportunities, the platforms and connections that helped you become who you have become. Never be ungrateful no matter what.

10. Your true character is seen when you are offended, when money, exposure or progress sets in your life. How you handle the people around you determines how you will be treated when you need them.

What are the lessons you have also learnt from this?