Shatta Wale is Selfish, Greedy and an opportunist, taking advantage of the youth - Blakk Rasta

Blakk Rasta has gone very hard on the self acclaimed Dancehall King, Shatta Wale for what many refer to as insensitive comment he made on the unfortunate incidence that occurred recently at Ejura in the Ashanti Region of Ghana. The killing of Ibrahim Kaaka, a #Fixthecountry activist by a mob attack in Ejura and the subsequent shooting and killing of two other natives of the town by the Ghana Military has brought much unrest and uncertainty amongst lots of Ghanaians both within and outside Ghana. The untimely death of these persons fighting for their rights and a better Ghana has sparked many public uproar from many public figures including Afia Odo, Yvonne Nelson, KSM, Nana Aba Anamoah, Sakodie, Stonebwoy, Shatta Wale and many others. 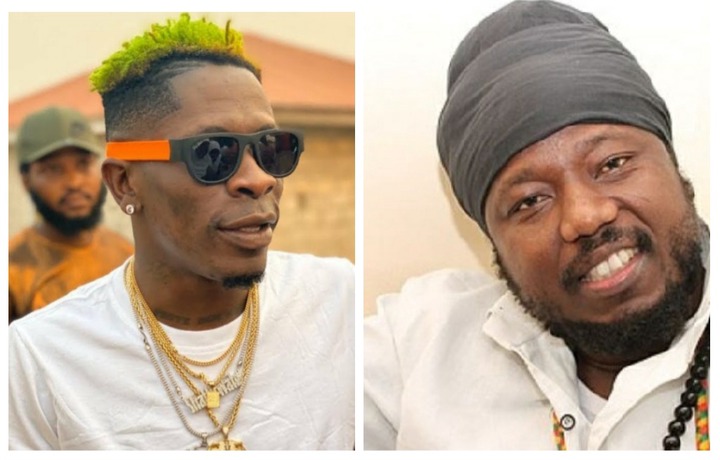 But it seems amongst these personalities Shatta Wale's tweet didn't go down well with the youth, particularly his fans as some were reported to have unfollowed him on Twitter because his tweet didn't express any remorse or empathy on the plight of the family and friends of the deceased at Ejura. Though his tweet didn't seem to be in direct relation to the recent mayhem in Ejura, it was simply untimely and very distasteful as many of the educated youth saw it as an insult on their very personality and intellect. In the tweet he said "Educated fools and disappointed graduates saying #Fixthecountry fix yourself cheap thinkers". Apparently those calling on the government to #Fixthecountry are simply educated, disappointed fools. Whatever message Shatta Wale seemed to be putting across didn't go down well with the many Ghanaians.

One such notable person is Blakk Rasta, who has described Shatta Wale as not only being Confused and Inconsistent, but also "Selfish, Greedy and Opportunistic, taking advantage of the youth". He said the "Chickens are coming home to roost" and "his true self is finally showing". 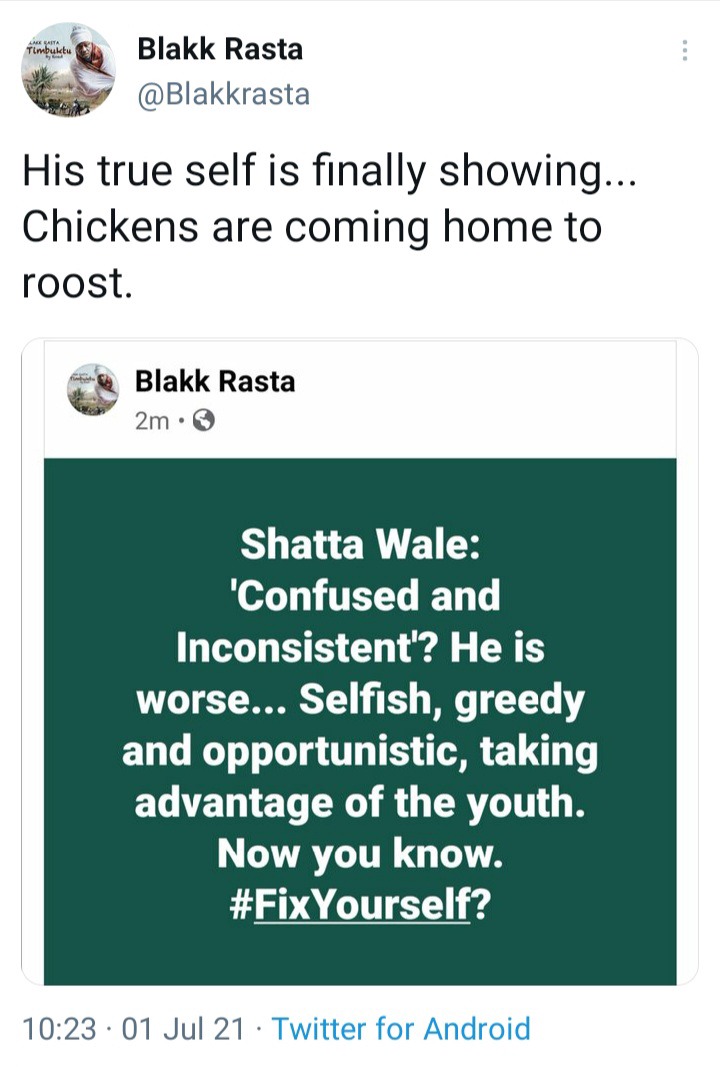