By AMOAH-ASARE (self media writer) | 1 month ago 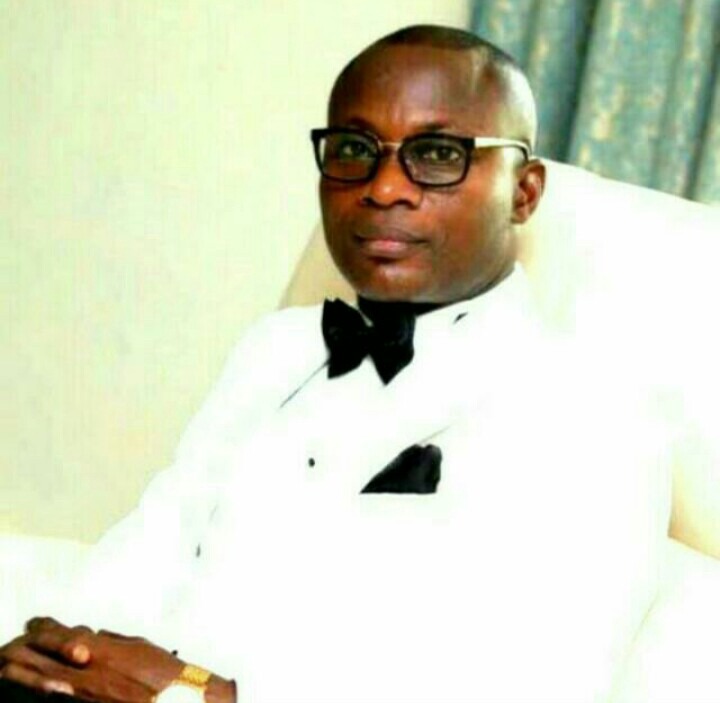 A consortium of media practitioners in the Eastern Region known as the Centre For the Vulnerable (CFV) is alarmed by the resurfacing unwarranted attempts, ongoing secret meetings  and baseless actions of so called Asamankese Youth For Development (AYD) ,and  some self centered individuals seeking to tarnish the hard -won reputation of our hardworking and human development oriented Municipal Chief Executive , Hon. Seth Oduro Boadu who Okyeman Pesia, President Akufo-Addo has endorsed to continue bringing the shine on West Akim.

According to the group, the MCE solely has succeeded in administering the municipality for close to two years without a Member of Parliament.

The President of the group, Kwame Appiah-Kubi stated that, the CFV has kept silent hoping that the sponsored groups  and other anti development individuals would realise and refrain from the character assassination ploy and also misleading the good people of our area.

Following residents and other pressure groups countless rebuttals and counter reactions to the greedy self -seeking and sponsored individuals ,and the AYD baseless allegations against our MCE, we expected the Naysayers to render an unqualified apology to Hon. Seth Oduro Boadu and demonstrate remorse .

The CFV which is against social injustice by this release seeks to set the records straight, in respect of our MCE's stellar performance.

Hon. Seth Oduro Boadu is a native of Asamankese and for that matter, West Akim.

He was a teacher of good standing and also a bank roller of the NPP for many years.

His late wife, Mrs. Comfort Oduro Boadu of blessed memory, financially supported the NPP in the constituency for many years especially when she was the Constituency Women's Organiser.

Even at the peril of their family finances , Hon. Seth Oduro Boadu still made huge financial injections through the wife to revamp the visibility of the NPP towards the party's resounding victory in 2016.

Mr. Appiah-Kubi said "for the first we would like to state for the records that ,Hon. Seth Oduro Boadu had to sacrifice his family's livelihood and financial commitment by selling some properties to keep the NPP in good shape".

He revealed that, having assumed office as the Municipal Chief Executive , Hon . Seth Oduro Boadu has not only rebranded the party but brought hope and reinforced patriotism in the party's supporters.

"In his quest to empower the youth and the vulnerable in the community, he gave start up kits and seed money to the physically challenged and the youth to improve their wellbeing" the President insisted.

The group, is however, are by this release appealing to all well meaning people to join forces with Hon. Seth Oduro Boadu to take us to the promised land.

He stressed CFV is also extremely grateful to President Nana Akufo Addo for recognising the excellent performance of our hardworking MCE, Hon. Seth Oduro Boadu to continue developing the municipality.

The President of the group, indicated good people including religious leaders,some chiefs , traders , commercial drivers and other positive minded pressure groups are more satisfied with posture and records of our  MCE ,and highly optimistic of greater achievements during his second term .

Kwame Appiah-Kubi added "Our MCE has set unprecedented record and his second term will accomplish his unfinished agenda".

"The CFV is aware of the enormous pressure and disappointment of the confused Asamankese Youth For Development and selfish individuals  to refund monies they allegedly collected from some MCE aspirants, having promised them of securing them the position .West Akim needs a leader of impeccable credentials , hope and charisma , and no person gets close to Hon. Seth Oduro- Boadu".

"West Akim is developing let's resist oppressors rule and embrace integrity , honesty , chastity and development. "In the end, we will only not remember the words of our enemies, but the silence of our friends "-Martin Lutter King Jr" the group advised.

Content created and supplied by: AMOAH-ASARE (via Opera News )