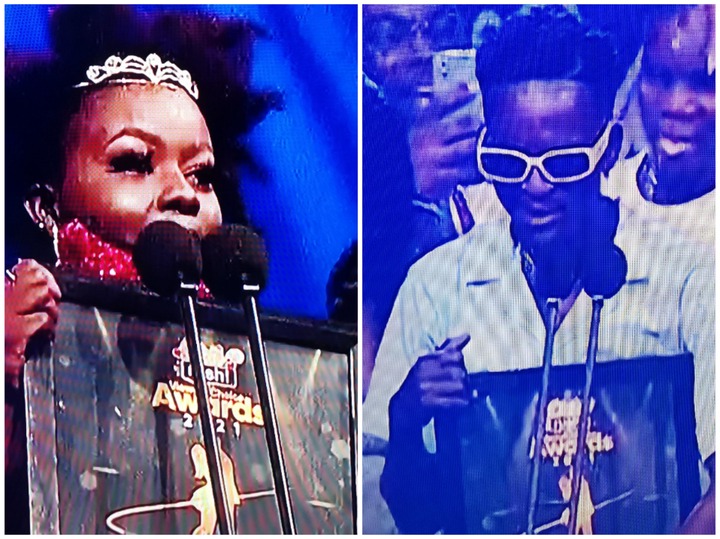 In fact the awards would have been challenged if Fatima and Ali weren't recognized for their exceptional performance on TV3's Date Rush Season 5. Both characters have been a prominent figure in the season as they dominate conversations on the show.

As part of an award scheme for contestants, TV pulled a 'Viewers Choice' award to allow fans of all contestants vote for their favourite personality. From the list of ten awards, Ali and Fatima were the only contestants to have won two.

They won the Most Trend personalities, as well as the Most Popular Male and Female contestants of the season.

These awards aren't questionable in any sense as it truly reflects the choice of the viewers and fans. Over the past months Ali and Fatima had remained topical in every caption about Date Rush.

On the Twitter and Facebook handles of TV3, Evey Sunday night had gotten people making comments about Ali and Fatima. They were all for the best reason as these persons have had an amazing experience in their quest for a date.

For Fatima it has been quiet emotional yet fulfilling as she suffered dozens of rejections until she nearly gave up. In Ali's circumstance Shemima who is her date is just the perfect woman he had dreamt of.

In last week's show of Date Rush, Ali even proposed to Shemima live on television and this made the viral entertainment news ever in Ghana.

As the excitement grows, viewers and other interested contestants are reminder that the next edition of Date Rush would be coming soon.

Giovanni hinted that audition is expected to kick off in the next couple of months.