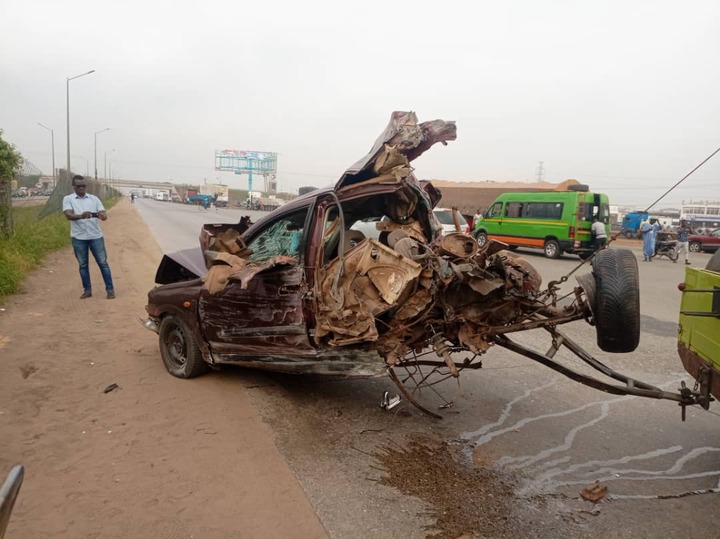 Its a terrible beginning for the new week, as Ghanaians woke up to a deadly accident at the Tema tollbooth area. Reports has it that two persons have passed away and several others injured. But then, one account is really chilling, and that is of an eyewitness and a friend to one of the victims in the accident.

Mercy Pinoko, a cleaner at the Tema tollbooth is traumatized by the experience of the deadly accident. She could have been one of the casualties but the death of her friend [Richard Koomson, 45 years old] had left her in a terrible state. She stood shivering all over as she narrates what happened before the accident.

According to her, she had just finished sweeping the around the tollbooth only to be called over by one of the police officers. Just a few steps away she heard the fierce clash behind her. It was an accident, and her friend has been knocked down.

Mercy said the friend was crushed! His limbs were all chopped off and blood oozing all over her body. You could imagine the pain as she tells of the state of the friend.

"I came this dawn. We were sweeping along the tollbooth. Then I got a call from one of the police officers. The moment I left I heard the sound of a clash. My colleague has been knocked down. His legs and hands were all chopped off," she cried.

The Tema MTTD Commander, Superintendent William Asante says they cannot conclude on the cause of the accident until a forensic investigation had been conducted. He noted that it could be a brake failure or negligence on the part of the truck driver that caused the accident.

"Whether his brake failed or was not attentive on the steering week run into the car that was paying for the toll. That is the result we witnessing now. We must test the car to check if it was break failure or negligence." 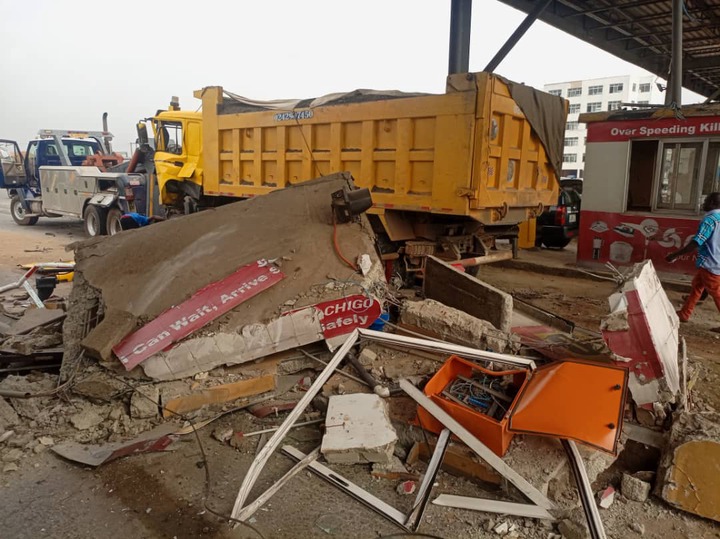 Other victims of the accident had been transported for emergent care at the nearest hospital. The police is clrering the debris to ease traffic at the tollbooth.

Watch a video of the accident scene below.