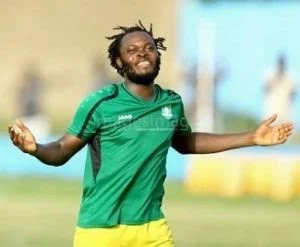 Coach Charles Kwablan Akonnor of the 2021 Africa Cup of Nations qualifiers against Sudan handed out the Black Stars call-up to four local players later this month.

Asante Kotoko) and Yahaya Mohammed (Customs Stars) after their delicious performances for their respective clubs in the Ghana Premier League.

Highly rated goalkeeper Richard Attah was recently named Hearts of Oak's Player of the Month for the month of February. Attah kept four clean sheets in five appearances in February as he propelled the Phobians to ninth place in the league table with 17 points, six points behind leading Aduana Stars. Aduana Stars in the current season.

AshantiGold's Kwadwo Amoako and Asante Kotok's Habib Mohammed have also played key roles for their respective club heirs, as they rank fifth and fourth respectively in the league table with 21 points each. .

Below is the provisional 23-man squad: