By generalconcept1 (self meida writer) | 8 days 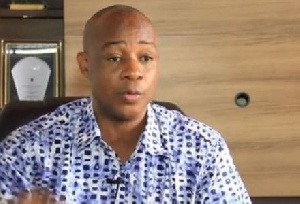 The Multimedia Group which encompasses various radio and TV stations has filed a complaint against Honourable Kennedy Agyepong for what it describes as a life-threatening comment he (Kennedy Agyepong) made on Net 2 TV, his television station on Friday, 9th July, 2021 against its journalist, Erastus Asare Donkor.

It also made reference to a similar comment from the same Member of Parliament against the late journalist, Ahmed Hussein Suale who was murdered after that comment.

It also noted that the MP’s comment came on the back of Erastus’ coverage of the Ejura riot and his subsequent testimony before the Three Member Committee investigating the riot.

Mr. Adam Bona, in an interview on TV3

said neither the Executive, the Judiciary or Legislature can put the MP in order.

“Apart from reporting him to the Privileges Committee, what else can anyone do? I would have wished that the moment he became the Chairman in charge of the Committee of Defense and Interior of Parliament, he would have desisted or refrained from this type of incitements but unfortunately, it has gone on unabated and I feel that the Executive cannot do anything about him and the same way it looks like the Legislative arm of government can’t do anything.

“I’m not too sure who is going to handle it, because with the Judiciary, everybody have had his own fair share. Where do we go from here. Somebody will have to ask him to stop doing that, I do not know who is going to do that though”, he stressed.