Sad Video: Check Out What Military Men Were Doing To Motor Riders In Wa That Is Causing Stir Online

By SamuelPowellNews (self meida writer) | 26 days

There has been a viral video on Facebook showing men in military uniform brutalizing motor riders. The military men were captured on the roadside and immediately they spotted some motor riders on the road, they stopped them and carry one man on the motor to a side of a store and beat him mercilessly.

The picture below is when they were captured moving from one side of the road towards the motor riders. It appears they were waiting for those motor riders. One cannot tell what they have done because the audio in the video was not clear enough for you to hear what they were saying. 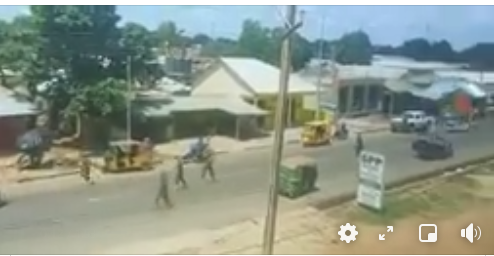 The picture below is when they are beating one motor rider beside someone's store by the roadside. The problem of the situation was that there were too many soldiers beating one man. What could this man possibly do that they did not even ask him any question? 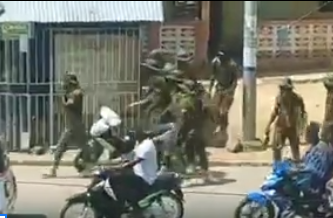 The picture shows the state of the man after he was beaten mercilessly and left at the side of the store. On the road is his motorbike. Some Ghanaians said that it is now unclear what this man did but that does not justify what the military men did to him. 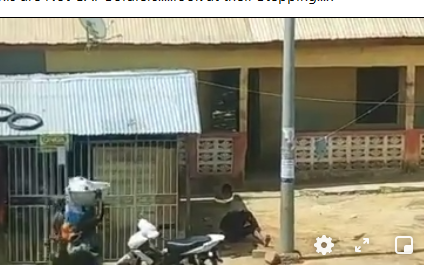 Looking at the picture below, the tricycle (abobooya) rider was also stopped on the other side of the road. That is his tricycle on the road. One military man beats him inside the gutter. Watching the video carefully, the military man beats him several times until one of the soldiers came to him and told him to stop. They left him inside the gutter after beating him. 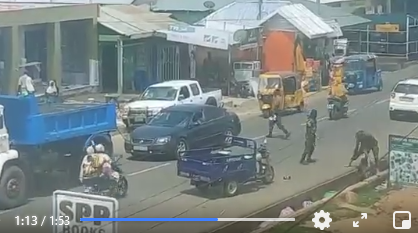 Most Ghanaians after watching this video descended on the military for doing this to civilians. They argued that no matter what these motor riders have done, they shouldn't have beat them like that. There are laws in this country so they suggested that they should have left them in the hands of the law.

Watch the video through the link below: