What Is Happening: Man Alledgedly Kidnaps And Kills Daughter Of His Ex-girlfriend

By CyraxPen (self meida writer) | 27 days

Police in South Africa have arrested a 51 year old man, Ben Mokoni, in connection with the kidnapping and murder of the 7 year old daughter of his ex-girlfriend, Keitumetse Tumelo. The suspect's arrest came after the half-naked body of the seven year old girl was found with visible head injuries in the bushes in Letlhabile, Potchestroom on Thursday, June 24, 2021. The spokesperson for the police, Lt. Col. Amanda Funan, said Tumelo was last seen getting out of a taxi on Tuesday, June 22, 2021. 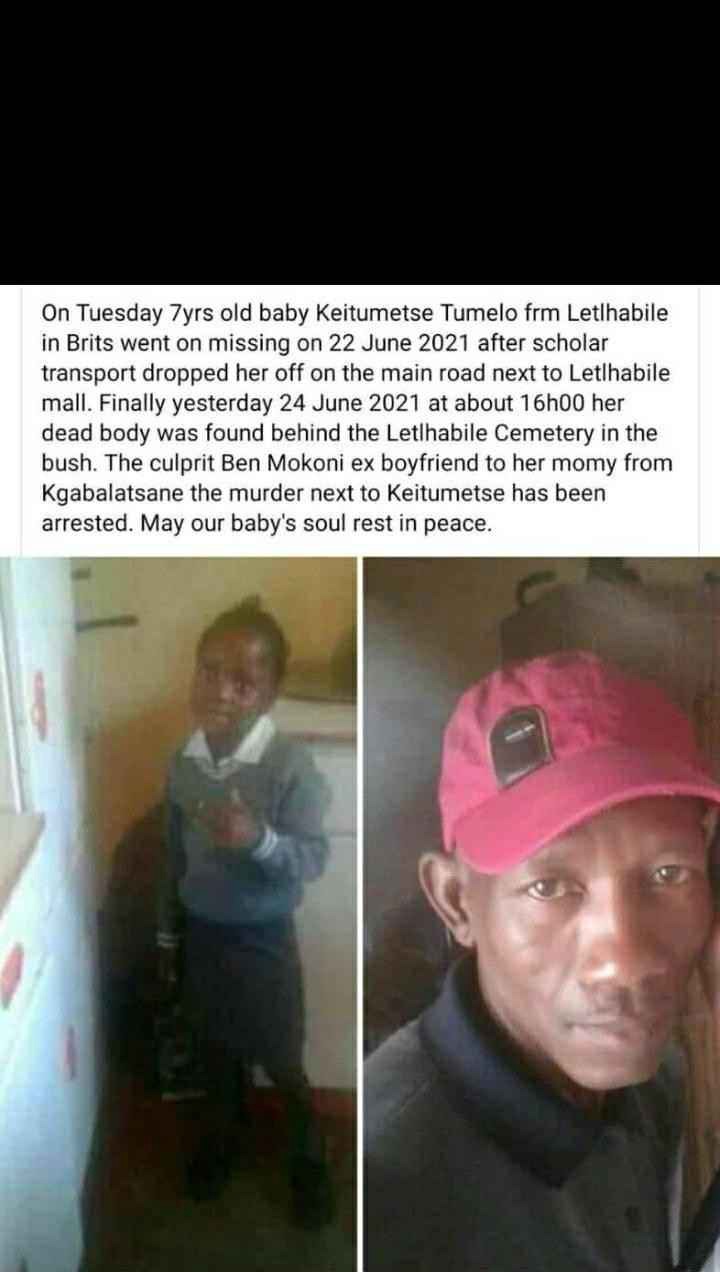 However, she did not make it home, and her mother, with the help of neighbors, searched everywhere, but the search did not yield any results. As a result, the girl's mother reported the case to the police who recorded an investigation into the missing persons on Tuesday evening. Extensive police investigations led to the questioning and arrest of Keitumetse's mother's ex-boyfriend after being linked to the crime. 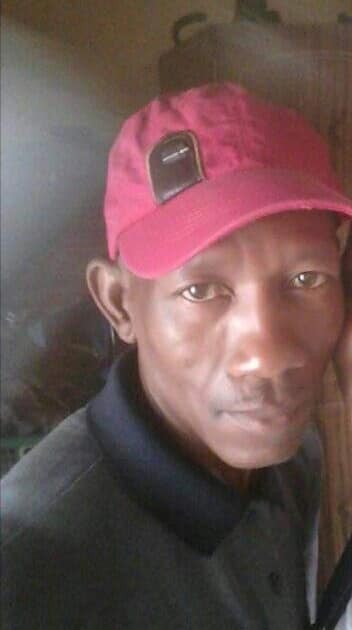 Lt. Funan said that as part of the investigation, an autopsy will be conducted to determine the cause of the girl's death. “An additional charge of rape could be added to the charges after the post-mortem results. The investigation into the case is continuing, ” added Funan. Meanwhile, the suspect is expected to appear before the British Magistrates' Court on Tuesday, June 29, 2021, due to a Covid-19 case that was reported to court, he was unable to appear on Friday, June 25, 2021. 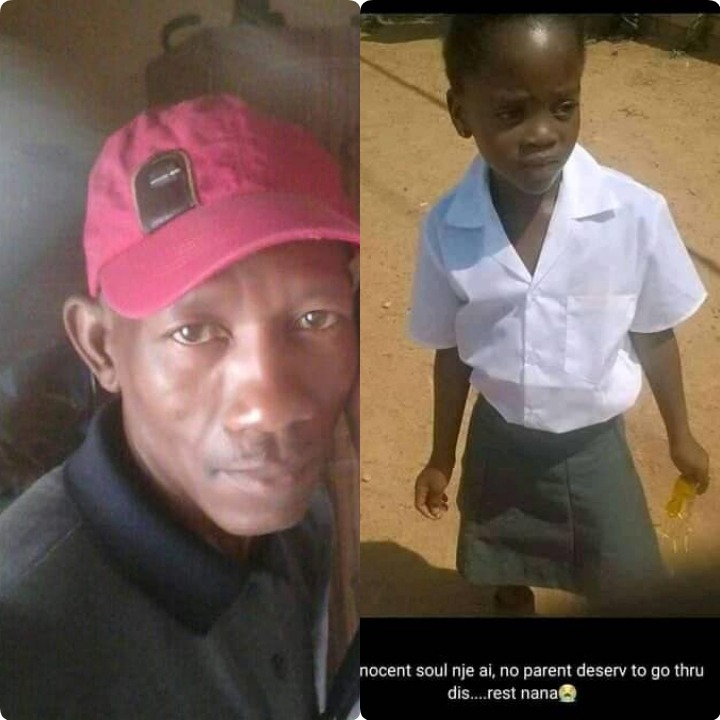 Northwestern Provincial Commissioner Lt. Gen. Sello Kwena condemned the incident and offered condolences to the family. He asked Letlhabile detectives to ensure that the suspect's request for bail is denied.