Ghana Is Working: The 'Show-Boy' Has Fulfilled Another Big Promise

The president of the Republic of Ghana, President Nana Addo Dankwa Akuffo Addo, also know as 'Nana Show-boy' is gradually meeting up to his promises. 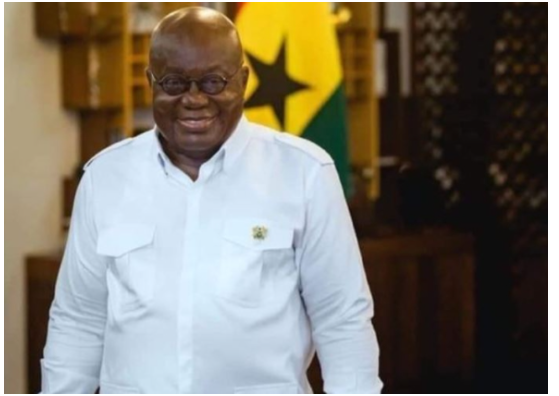 President Nana Addo, for some times pass, especially in his first term of office has suffered so much criticisms and attacks, for the hardship in the country and also failing Ghanaians.

In his latest development, Nana Show-boy has cuts sod for a new development in Bunsu.

Working towards fulfilling his promises, President Nana Addo cut the sod for the commencement of construction, for the University of Engineering and Agricultural Sciences (UEAS), in Bunso, in the Eastern Region.

This came following the president's promise in this year’s State of the Nation Address to Parliament; where he indicated that, steps were being taken to turn the planned Bunso campus of the University of Environment and Sustainable Development, into a standalone, independent University dedicated to the study of Engineering.

Speaking at the sod cutting ceremony, Nana Show-boy said; “I also indicated that construction of this campus will begin within the next three (3) months. As you already know, President Akufo-Addo does not make promises he cannot fulfill, and I am happy that we are all gathered here at Bunso to cut the sod for the construction of the University of Engineering and Agricultural Sciences, which will be a Centre of Excellence in Engineering, Agricultural Sciences, Applied Sciences and Built Environment”. 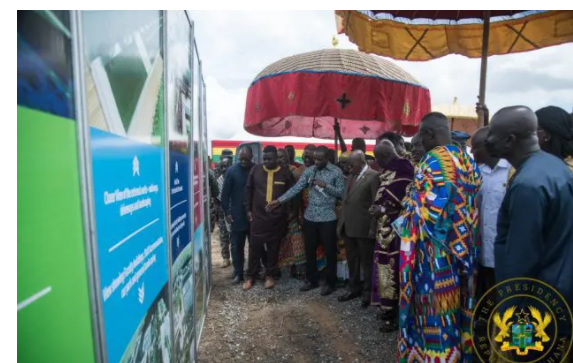 According to him, the world, as we know, is essentially driven by technology; and that energy, industry, agriculture, medicine and health, clean air and water, transportation, sanitation, the use, management and conservation of natural resources – all are based ultimately on science and technology.

He added that, “So, it is obvious that to be a part of this modern world, there must be science and technology elements at all levels of the development process. This means that a country’s development

depends on its ability to understand, adapt, produce and commercialize scientific and technological knowledge in ways appropriate to its culture, aspirations and level of development".

He further explained that "over the last five years, his government has increasingly implemented initiatives and programmer rooted in Science, Technology, Engineering and Mathematics (STEM), with the goal being to ensure a target of 60:40 science-humanities ratio, and also educate a critical mass of the Ghanaian population, for science-related jobs, which will define their future employ ability.

The president again started that, “I am, thus, happy to note that this year’s enrolment of TVET students in Senior High Schools has reached record levels – forty-four thousand (44,000) students, representing a one hundred percent (100%) increase over the 2021 enrollment figure. Our Gross Tertiary Enrolment Ratio, measuring enrolment in tertiary education, regardless of age, expressed as a percentage of the population, which stood at 18.8% as at 2021, has increased significantly to 20% this year,

John Mahama Finally Schools Akufo-Addo On How To Revive Our Economy, Read Details

After two days of bloody demonstration what has really happened?

Stop Being Stingy in Releasing Money That Will Benefits The Agric Minister - Dr. Ben