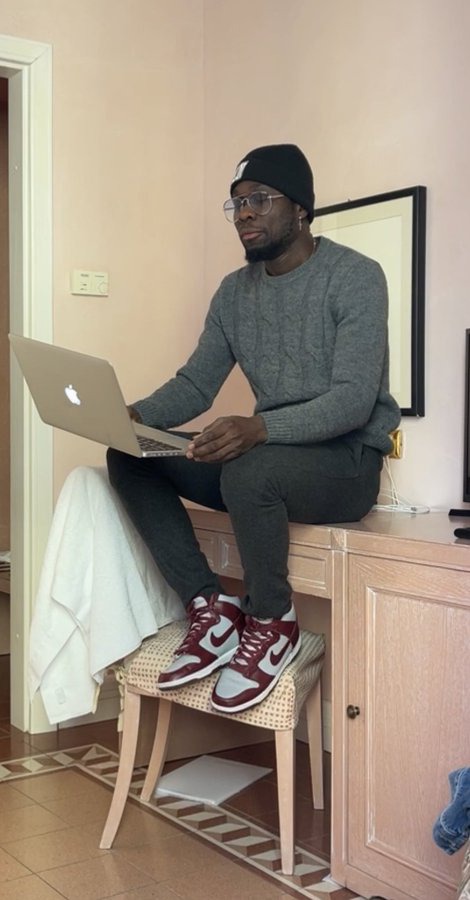 The Black Stars of Ghana will play their last group stage game against Uruguay on December 2, 2022, at the Al Janoub Stadium, Al Wakrah.

Three points for Uruguay will guarantee qualifying for the Sky Blues, while one point for the Black Stars of Ghana will assist them in advancing to the World Cup's round of 16. 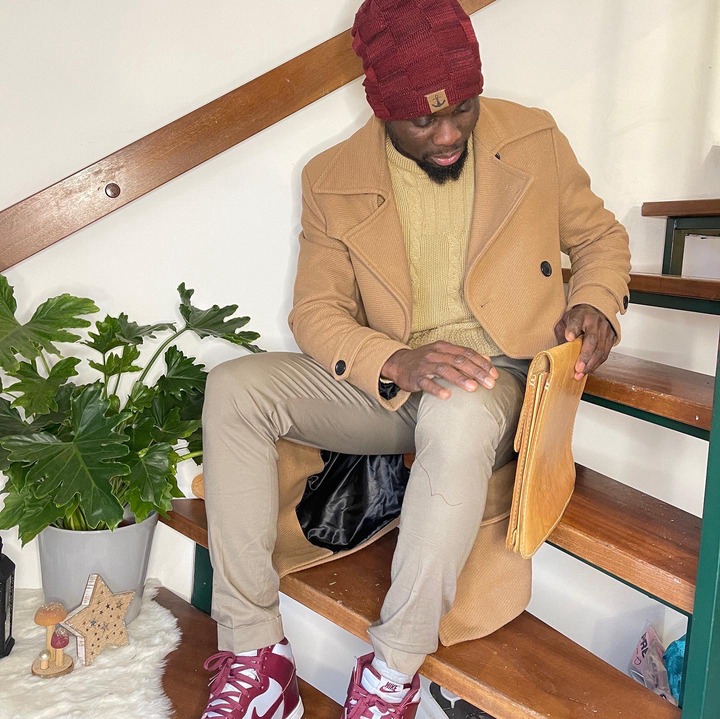 The Uruguayan Sky Blues have not scored in any of their two games, and they have given up two goals overall.

Meanwhile, the Black Stars have scored five goals and also conceded five in the games played; they lost 3-2 to the Portuguese and won 3-2 against South Korea in Group H.

After facing off in the quarterfinals of the 2010 World Cup in South Africa, the Sky Blues of Uruguay and the Black Stars of Ghana will now participate in the tournament.

Ahead of their tie on Friday, December 2, 2022, some sports enthusiasts have gone down memory lane to reflect on the happenings of the game in South Africa, especially the golden moment for the Black Stars of Ghana.

The Black Stars had a penalty kick in the late hours of the game, which was a decisive moment for Africans to get to the semi-final stage of the 2010 World Cup and was missed by their leading striker, Asamoah Gyan.

The Uruguayan Sky Blues advanced past the Black Stars to the semifinals in a penalty shootout after the penalty was missed. 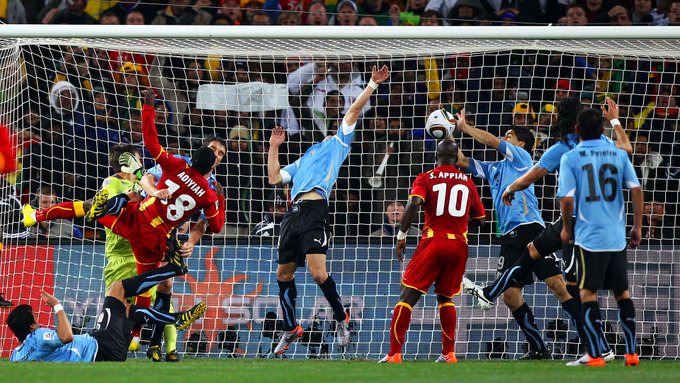 Michael Oti Adjei, a renowned sports pundit for TV3, tweeted on his handle, @OtiAdjei that "Every Ghanaian remembers where they were, what they were doing that day, July 2nd in 2010 against Uruguay. I sat in the stadium unable to watch, my back facing the pitch then I heard the mood in the stadium drop. PAINS. What's your recollection?"

Oma Akatugba replied to the tweet by Michael Oti Adjei on his handle @omaakatugba, “I was having sex that night and immediately Gyan missed that penalty I had premature Ejaculation as a result of the shock.” 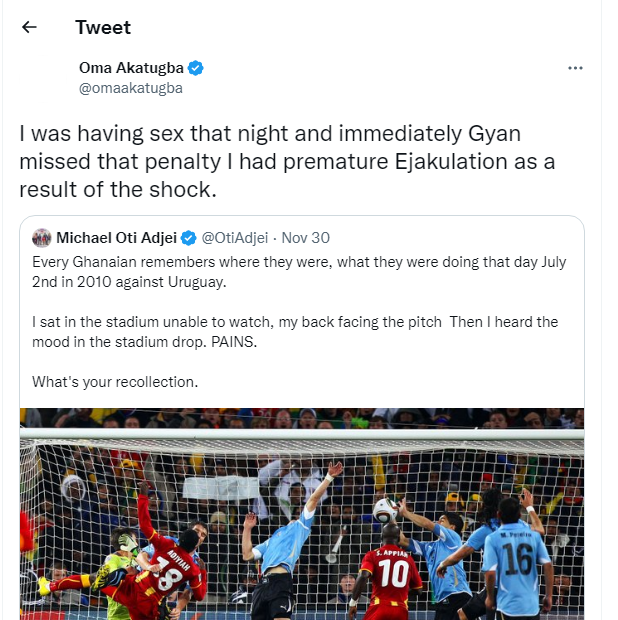