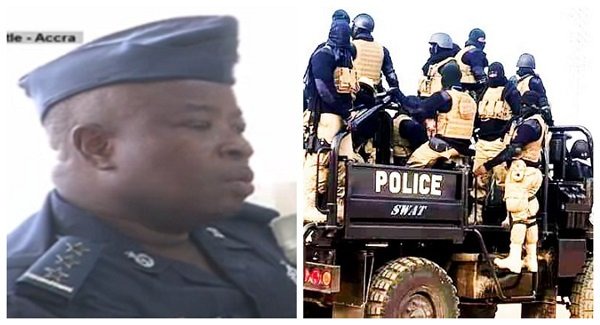 The Ministry of National Security has sanctioned four of its officers over their alleged involvement in the assault of Citi FM journalist Caleb Kudah.

The officers include Lieutenant Colonel Frank Agyeman and three other police officers.

The unnamed police officers are to report to the Ghana Police Service for further investigation and disciplinary action. This was contained in a press statement released by the Minister of National Security, Albert Kan-Dapaah.

“The three (3) police officers involved have been withdrawn and are to report to the Ghana Police Service for investigation and disciplinary action,” the statement said.

“The secondment of Lieutenant Colonel Frank Agyeman (Director of Operations) at the Ministry has been reversed. The officer is to report to the Chief of Defence Staff for further investigations and appropriate action” the statement said.

The withdrawn officers, according to the Minister of National Security, violated the operating procedures of the ministry regarding the handling of suspects.

Mr. Kudah was arrested by the National Security for filming abandoned MASLOC vehicles at the premises at its premises.

After his release, he alleged that he was assaulted by National Security operatives.