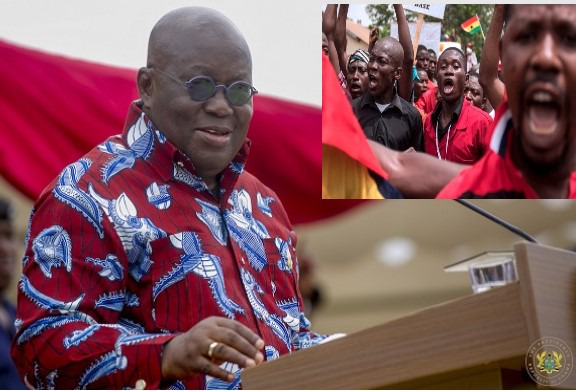 Some Ghanaians are not taking it likely with the apology rendered by President Akufo Addo to the people of Cape Coast and the country over the promise to build a harbour in the area. A section of Ghanaians believes the apology from the president is not genuine, arguing that the promise to build the harbour as documented in the 2020 manifesto of the governing New Patriotic Party (NPP) cannot be a mistake.

They believe there was a deliberate yet successful attempt to win votes from Cape Coast and the people of the Central Region with such a political promise. Persons like Limford Adusei, Abdulai Prince Abubakar, Kwadwo Effah Ababio, Prince Hak Nasara and many others in their reaction to the apology rendered by the President, expressed utter misbelief and disappointment to the President’s justification.

In the words of the President, the construction of a harbour at Cape Coast in addition to the Takoradi Port and Tema Port wouldn’t make any economic sense, and that the section that captured the harbour in the manifesto was a mistake. President Akufo Addo claim to be sincere in his apology to the people of Cape Coast and Ghanaians in general as he said that “presidents are human” and so are bound to err. As much as many have accepted his apology, and commended him for being truthful and owning up to his words, the other wing of critics still think it is rather shameful of the President and the government to have denounced this in the first place during President Akufo Addo’s tour in the Central Region a week ago.

The political gaffe as committed by the President has been capitalized by the opposition National Democratic Congress (NDC) as a dominant tool to dismantle the reputation of the President and the NPP. They have argued that the commentary by the President that denounced any promise to build a harbour was completely a deception to the people to win their votes.

Described as “sakawa” the NDC had impressed on Ghanaians that there is more to the 2020 manifesto of their rival; the NPP, that have never been considered despite it being trumpeted during the 2020 electioneering period.