The Future of Black Stars featuring Mohammed Kudus and 2 others

This article looks at the current young players who could help the Black Stars of Ghana end its trophy drought within the next five years.

The players include bMohammed Kudus of Ajax, Kamaldeen Sulemana of FC Nordjesland and Abdul Fataw Issahaku of Steadfast. 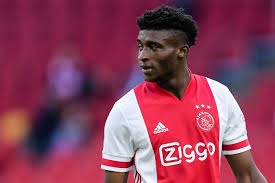 Mohammed Kudus started his football career at Right to Dream academy in Ghana before joining Danish side FC Nordjesland. Kudus excelled in his first season during the 2018/19 season and continued his impressive season the following season where a lot of football experts tips him to become a great footballer for ghana and the world as a whole.

Kudus Mohammed joined Ajax in July 2020 where he won both Eredivisie and KNVB Cup. He has also been instrumental for the Black Stars. Kudus Mohammed will be a great football player should he continue to replicate and develop his talent.

His development will be a huge point for the senior national team as he is just 20 years, meaning he can play for the team for more than 10 years.

I believe that if Mohammed Kudus continue to maintain his current form or improve in the next five years, it will help end the trophy drought for the Black Stars especially the AFCON. 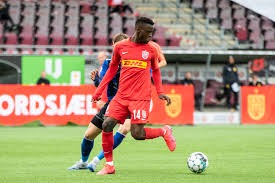 Another Ghanaian young chap who is also tipper to be a future for the Black Stars is Kamaldeen Sulemana 19 years, who is currently playing for Nordjesland.

The Ghanaian hot cake who is on the verge of joining Ajax this transfer window scored 10 league goals last season for the Danish side and has been scouted by top European clubs including Manchester United.

According to football experts, the player could become players like Lionel Messi and Cristiano Ronaldo. He has the attributes to to score, assist and dribble which are all qualifies of a good player.

Should he complete his move to Ajax, it will be a pairing of two Ghanaian players with Kudus Mohammed who also have similar attributes. The two players all graduated from the Right to Dream academy in Ghana. 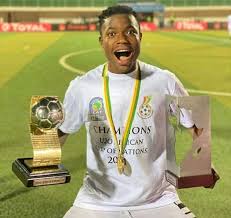 The third player to look at is Fataw Issahaku who plays for division one side Steadfast Fc in Tamale. Fataw, who is only 17 years is set to sign for Sporting Lisbon after a failed move to Bayern Leverkusen and Liverpool.

Abdul Fataw Issahaku showed case his talent to the world in last year during the U-20 AFCON in Mauritania where he won the player of the tournament.

Fataw became popular due to his long range shorts which produced two wonderful goals for the Black Satellites. Pundits applaud him and tipped him to become players like Roberto Carlos.

He also has the ability of scoring free-kicks which he continue to display in the division one league. He recently bagged a hatrick for the Tamale based side.

A mixture of the three players with a good coach for the national team will definitely win Ghana a trophy in the next few years probable five.

It will be a composure of long range shots, dribble kings and goal pochers.

Thank you for reading the article, kindly follow my handle for more exciting article kindly share to other platforms.