By Edoukwah (self meida writer) | 18 days

The just-ended Date Rush Viewers Choice Awards saw many people getting entertained and "lucky" nominees grabbing awards. It was all fun last night to watch as various date rush personalities get their awards as well as performances by people like the winner for New Artiste of the Year, Mr. Drew, the "Echoke" hitmaker Sefa and several others. Everything about the program was entertaining and stress-reliefing. Almost everyone was eager to see which couple was going to grab the ultimate award, that is, the Dubai trip. I'm talking of no category award than the Couple Of The Year award. If due to one or two reasons you couldn't watch the Date Rush Viewers Choice Awards last night, don't worry. I'll take my time to give you the list of all the winners. 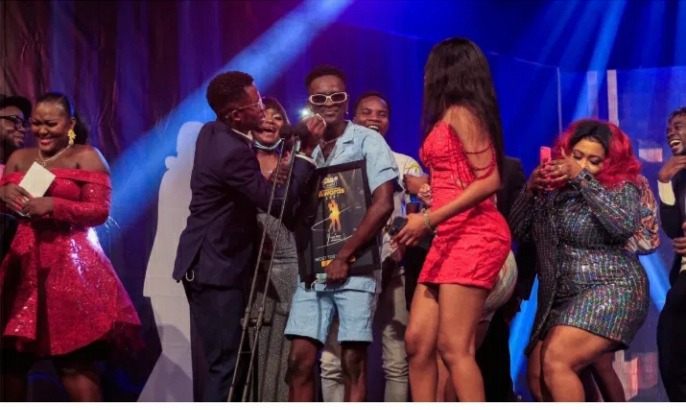 3. Sammy was "crowned" The Drama King.

7. Most Romantic Male award was given to Benjamin.

8. Success was awarded the Most Romantic Female.

11. Qwecy had the award for the Most Vocal Male.

13. Most Trended Male was Ali.

14. Fatima won for the Most Trended Female category.

15. Most Gnashing award went to Rockson.

16. Controversial Couple award was won by Sandra and Bebelino.

17. Grace and Dzato were crowned The Couple of The Year.

The above are the list of all winners of the just-ended Date Rush Viewers Choice Awards.