Manchester United is ready for the trophy as they score nine goals against Southampton.

By InnocentNewsGh | self meida writer
Published 1 months ago - 6 views

Manchester United has risen to conquer the premier league championship. In their race for the championship they have sent a message to their rivals Liverpool and Manchester City.

United competed against Southampton today. The football match was played at Old Trafford the home of Manchester United. Manchester United footballers silenced their opponents with a nine goals to zero in the first and second half. A little over ninety minutes.

Manchester United fans have started naming their team as the winners of the English Premier League championship. My advice to them is that they should watch their backs as Liverpool and Manchester City have proven to be dangerous competitors.

Liverpool emerged victorious I've West Ham with a three goals to one win even in their current crisis. Manchester City also haven't lost in their last eleven games which signifies another great record. 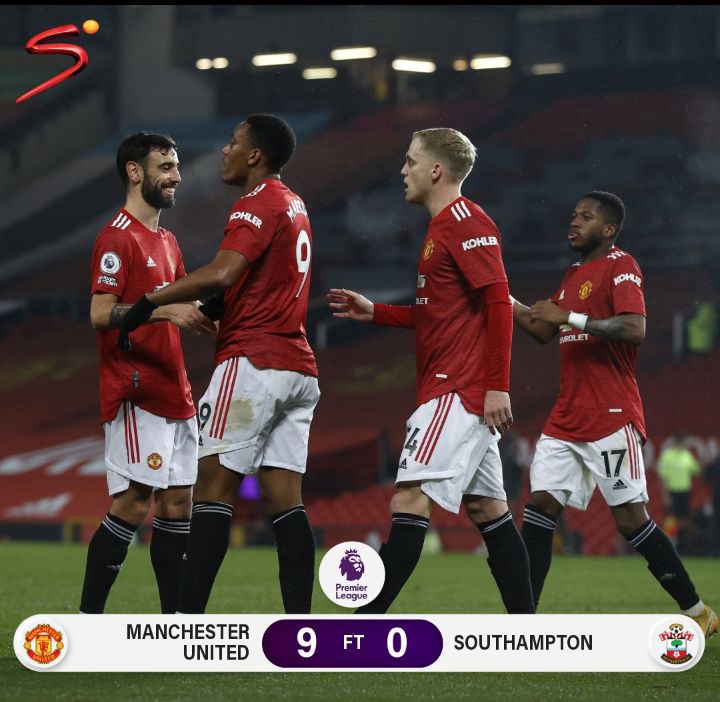