'Do or die' comment: John Mwhama is Naturally Not Violent; He Should Not Become One- Franklin Cudjo 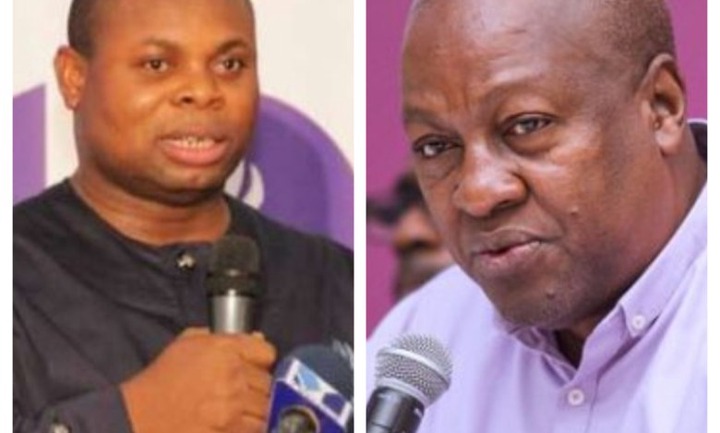 The Founding President and Chief Executive Officer of IMANI Africa, Mr Franklin has explained why the controversial "do or die" comment by former President John Dramani Mahama should not be defended by members of the opposition National Democratic Congress (NDC).

The President of IMANI on Wednesday morning incurred the wrath of some NDC supporters when he posted on his Facebook page that the 'do or die' comment by Mr Mahama falls within that same category with the infamous 'all die be die' comment by President Akufo-Addo in 2012.

This attracted hundreds of reactions from NDC supporters who believe that the two comments are not the same.Consequently, Mr Franklin Cudjo was compelled to further explain why the former President's comment does not speak well of his personality.

According to him, Mr Mahama is naturally not a person who can be described as violent; therefore, he should be encouraged not to become one.

"I wish all those defending JM's "do or die" comment will pause to understand that for a man who is not naturally violent, he can only be urged not to become one".

For President Mahama is currently on the second phase of his name "thank you" tour. During his visit to the Bono East region yesterday, Mr Mahama spoke on a local radio station where he indicated that the NDC has picked important lessons from the 2020 election which will guide the party heading into the next general elections. He noted that the 2024 election would be won or lost at the polling station.