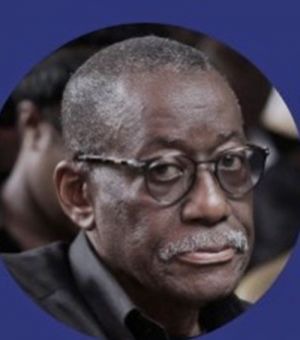 In the defamation case brought by Edward Akufo-Addo against them, Listowel Nana Kusi-Poku of Good Governance Advocacy Ghana, Kwabena Bobie Ansah of Accra-based Class FM, and Mensah Thompson of the Alliance for Social Equity and Public Accountability (ASEPA), as well as the Class Media Group, were unsuccessful.

The three were penalized GH10 million for defamatory statements they made in a publication they published on Class FM on May 29, 2021. They claimed that President Akufo-Addo was abusing the nation's presidential jet by offering it to the plaintiff.

The fourth defendant, Listowel Nana Kusi-Poku, did not make an appearance to defend himself, whereas Kwabena Bobie Ansah, Mensah Thompson, and the Class Media Group did.

The three defendants were found guilty of defamation by the court following a thorough trial of the case, and the plaintiff/applicant was given a judgment in default of attendance against Listowel Nana Kusi-Poku. The court once more ordered the defendants to apologize and retract the defamatory statements that were published, and it imposed a permanent injunction on them and their assignees, agents, and servants to refrain from using the same or similar phrases against the plaintiff.

On June 3, 2021, President Akufo-younger Addo's brother Edward filed a defamation lawsuit against the Class Media Group, the station's owner, and the three people.

He claims that the defendants jointly requested four reliefs from him after accusing him of utilizing and having access to Ghana's presidential jet due to his family's connections to the President.

The plaintiff claimed that by implying that President Akufo-Addo refused the presidential jet and said it could not fly because he (the plaintiff) was using it, the three people insulted his integrity.

He claimed that Mensah Thompson specifically claimed on the radio that Edward, better known by his stage name Bompty, "uses the presidential plane" and that "Bompty, your brother," "has access to the presidential jet."

"It is the one he travels with wherever he goes." The plaintiff quoted the defendants on the radio as saying, "When you have wasted the country's resources by renting a private jet, then your brother will be cruising in this one," the plaintiff said.

The Only Solution To These Woes Is Positive Action Now: Professor Kwaku Azar Makes Bold Declaration