By RockyJDJones (self media writer) | 7 days ago 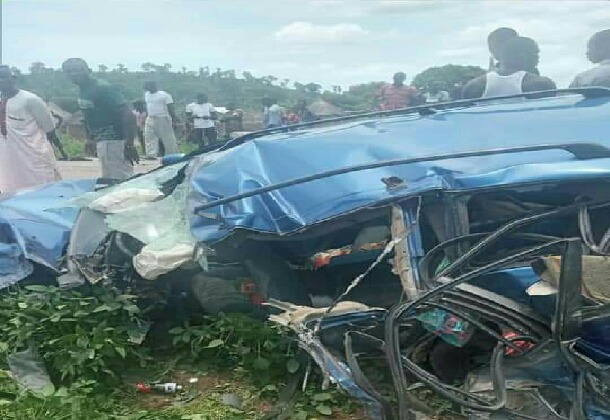 From Sampa, the driver Ernest Atobila according to his Voter ID in his wallet, was heading to Brekum through New Jinejine (Jinijini) when he mistakenly pulled up his handbrakes and caused an accident that took his life this morning. Driving on the Sampa Sunyani Brekum highway, Ernest and his mother, a 64-year-old woman, made a stop at Fetenta when he spotted one of his gears weren't responding. It was at Fetenta the mechanic that worked on Ernest's Toyota Highlander warned him of having a full check on his brake pedals but Ernest vouched for a temporal fix when he couldn't wait for the entire day for them to replace his brake pedals. Replacing the brakes is the best thing, sir, the mechanic reportedly told Ernest Atobila according to his mother.

The mother of the deceased driver, Mary Atobila, accounted to the Brekum police that, his son was in a hurry to meet his partners at Brekum and later at Sunyani when the mechanic told him to wait for five hours for them to repair the brakes for him. Ernest with no time to spend on brake pedals opted for a temporal fix of the brakes and went along with that without changing the full breaks as the mechanic had warned.

At the outskirts of New Jinejine, coming from Sampa, few kilometres to the New Jinejine Senior High School, was where the brakes failed Ernest again. Ernest got sacred after the brake failure and pulled his handbrakes instead of trying to get hold of his brakes. The brake pedals failed Ernest on the slope leading to the New Jinejine township and forced the SUV to somersault from the slope to the point of the road tangent; the horizontal alignment after the slope. 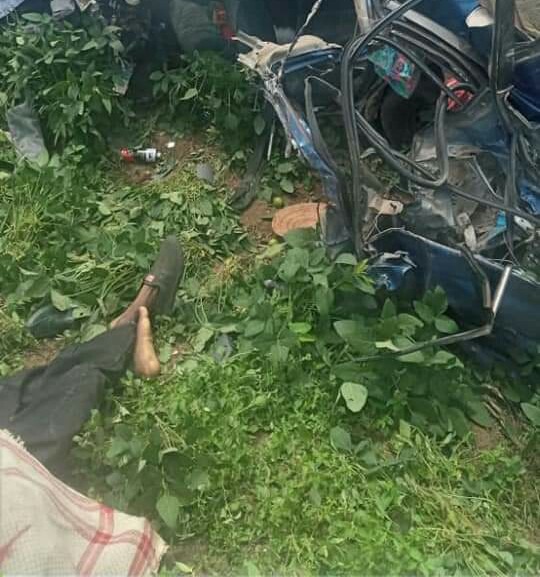 Speaking on Akomapa FM 89.3, Police Officer Wonda Theophilus confirmed that, Ernest suffered from broken bones before he was confirmed dead by Brekum Police officers. The mother of Ernest, Mary Atobila survived the accident with twisted leg injuries and several minor injuries on her arm. The accident could have been minimized if he should have been bold and taken the slope with the same speed he was coming with. He got scared and pulled the handbrakes at a bad timing and that caused the accident, the officer confirmed in his interview on Akomapa FM.

The car has been towed from the road to Brekum Police station. 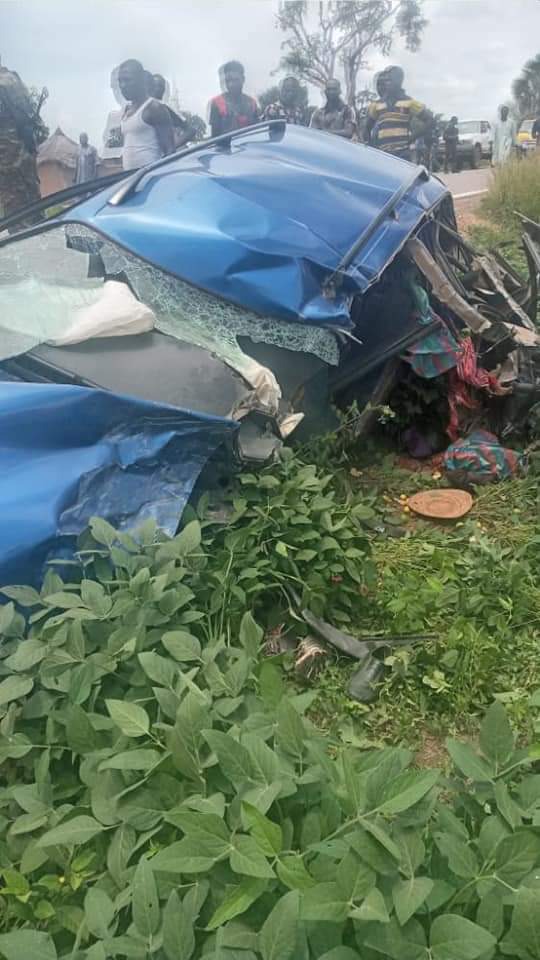