By Douglas22g | self meida writer
Published 26 days ago - 7 views 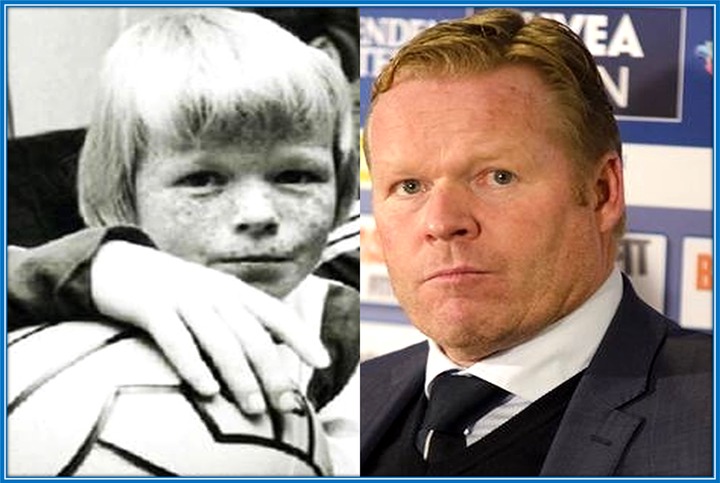 The Dutch hold the nickname “Tintin”. Ronald Koeman was born on the 21st day of March 1963 to his mother, Marijke Koeman and father, Martin Koeman in the city of Zaandam, the Netherlands. The FC Barcelona manager is the second of two children born out of the union between his successful parents.

For the Dutch, growing up in the 1960s was fun. Ronald Koeman’s early life was spent in the city of Zaandam located in North Holland, Netherland. He practically lived and breathe the game of soccer while growing up alongside an older brother Erwin. The duo often played street football for long hours to the delight of their dad. At certain intervals, their mom had to throw them food from the balcony for refreshment. 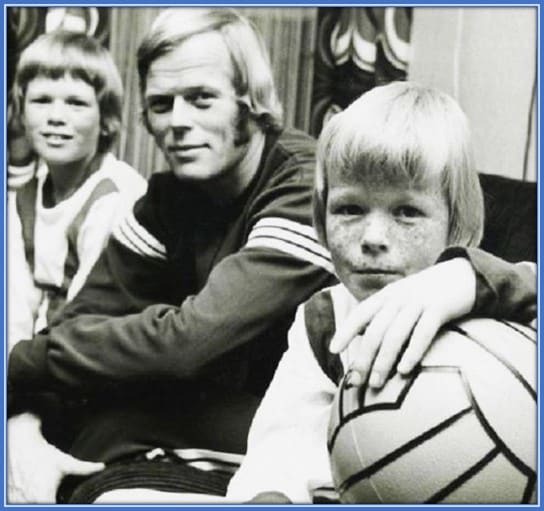 Perhaps you didn’t know, Ronald Koeman’s parents were middle-class citizens of the Netherlands. His father Martin was very much into soccer years before he was born. As a result, their household never knew lack.

For those who didn’t know, the FC Barcelona manager is of Dutch ethnicity like most citizens of the Netherlands. In fact, Dutch is the official language of the country which boasts of amazing players like Virgil van Dijk and Matthijs de Ligt.

“Tintin” began his journey in professional soccer with local clubs VV Helpman and GRG Groningen. He progressed to FC Groningen and made his debut at the record age of 17. Although Koeman was a defender, he was able to find the back of the net 33 times in 90 appearances for the club. His good run of form continued at Ajax which he helped win the Eredivisie title.

Koeman went on to join PSV Eindhoven which won the Eredivisie thrice with a European club during his time with them. At the peak of his career as a player, Koeman saw Barcelona to four consecutive La Liga trophies including the European Cup. Thereafter he joined Feyenoord and hung his boots after having a few seasons with them.

The ex-professional footballer didn’t get his first appointment as head coach immediately after retirement. He was first a member of the Netherlands national coaching staff during the 1998 FIFA World Cup. The appointment cannot be unconnected to the fact that he won the 1988 Euro cup with the national team as a player.

He did also enjoy a stint with Barcelona as an assistant coach before landing his first managerial club in 2000 as the head of dutch soccer club Vitesse. The club was running on a low budget but Koeman did his best to lead them to a UEFA Cup spot.

The Dutch’s subsequent role as a manager saw him had a chequered career managing teams that include Ajax, Benfica, PSV, Valencia, AZ and Feyenoord. The pinnacle of Koeman’s coaching career was his foray in the Premier League as Southampton’s manager. While with the English side after replacing Mauricio Pochettino, the Dutch was thrice named the league’s manager of the month during the 2014–2015 and the 2015–2016 seasons.

The Dutchman became the second manager after the era of David Moyes to coach Everton between 2016-2017. He was further made manager of the Netherlands national team in 2018. Koeman’s return to Barcelona as their head coach after the club parted way with Quique Seitien was seen many of the club’s fans, as a long time coming.

For football fans, the biography of the new Barcelona cannot be accessed without finding his love history with the club. Truly, many believe he might just be the right man to steer the Catalan club back on the paths of glory following their embarrassing 2019/2020 season under Quique Setién. The rest, as they say, is history.

For his fans, it is expected that the successful Dutchman should have some martial relationship working for him. Truth is, he doesn’t disappoint in that regard. Ronald Koeman’s wife goes by the name Bartina. The Barcelona manager walked down the aisle with her in December 1985 and they are having a happy thereafter. The relationship between Ronald Koeman and his wife is blessed with three children.

They include a daughter Debbie with sons Ronald Koeman Jr and Tim. Among all of Koeman’s children, Ronald Jnr is the only one who decided to follow his father’s footsteps. At the time of writing his dad’s life story, Ronald Jnr plays as a goalkeeper for the club FC Oss which is the second-highest tier of football in the Netherlands. 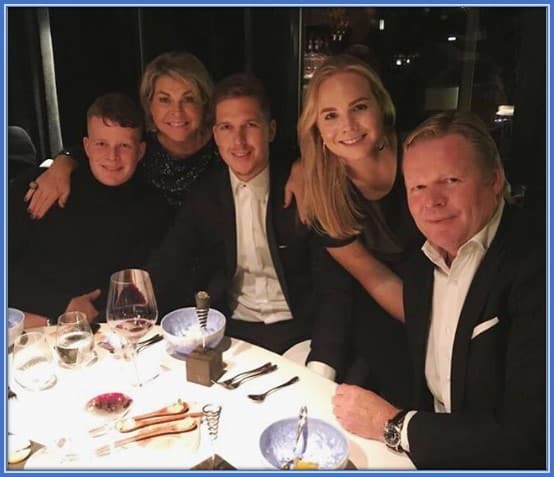 “Tintin” owes his success in career football and management to the love and support he gets from family. We bring you facts about Ronald Koeman’s parents and siblings. Also, facts about his family roots will be outlined here.

The family’s patriarch Martin was a footballer who plied his trade in local clubs. He also made an international appearance for the national team of the Netherlands before hanging his boots. Martin passed away in 2013 and was – up to that year – very much involved in soccer. 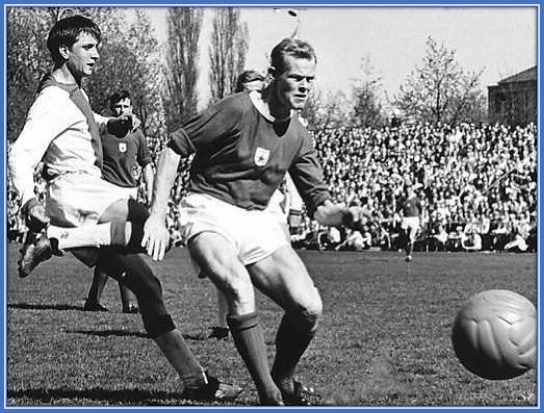 Ronald Koeman’s mother, Marijke might not be popular but her work in bringing up the manager speaks volume of the invaluable roles she played.

Moving on from Ronald Koeman’s parents, his older brother Erwin is also into football as manager after having a less remarkable soccer career. He is the head coach of Oman national team and has many years of experience in managerial capacity. 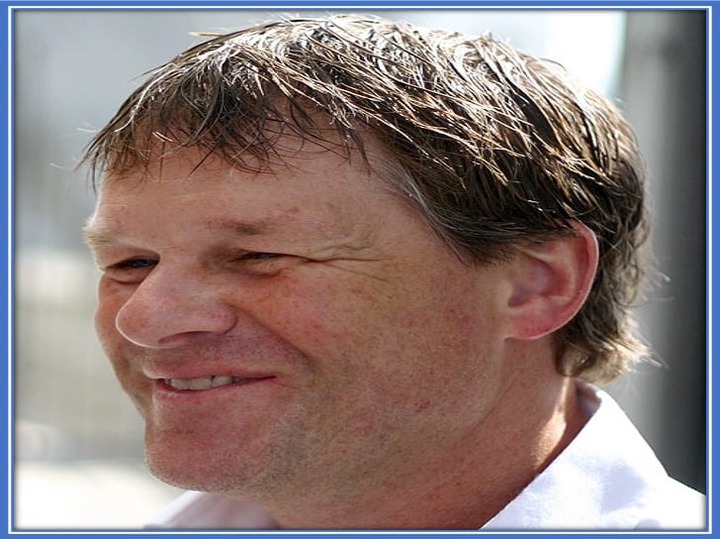 Not much is known about the manager’s family roots. Especially as it relates to his paternal and maternal grandparents. He has little known uncles and aunts while his cousins, nephews and nieces are yet to be identified.

Perhaps, you’ve asked the question… Who is Ronald Koeman?

Now its time to bring to you his personality off the pitch. First and foremost, there is more to life than playing soccer and coaching. Ronald Koeman understands that perfectly well and he is big on relating with people outside the professional bubble.

Many regard him as an impressive individual who is emotionally intelligent, optimistic, cheerful and open to revealing facts about his personal and private life. He loves cycling, reading, watching movies among other interests and hobbies. 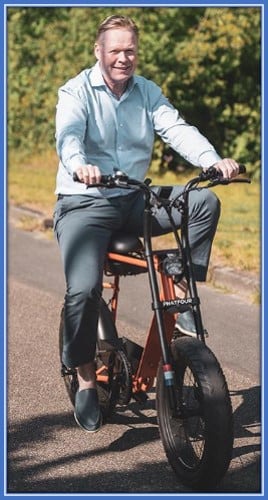 Let’s discuss the coach’s net worth in 2020 and what he does to make money. Koeman’s net worth is estimated to be $8 million. soccer players and managers get handsomely paid, a development which explains why the coach is wealthy.

Asides Koeman’s salary, wages and bonus, he does also have income tricking in for him via sponsorships and endorsements. The coach rides a Bentley Car and lives in expensive houses and apartment that communicate his worth.

Here we present little known or untold interesting facts tailored to help you get a complete picture of the manager.

The manager’s family have a stand at Groningen FC. The stand is in appreciation of the Koeman’s contribution to the club’s success. The manager and his brother both began their career with the club while their dad also helped improve the club’s academy.

Koeman and his brother are the first siblings to have managed national teams at the same time. When “Tintin” was coach of Netherlands, his brother Erwin was in charge of Oman. Amazing, isn’t it?

As a player, Koeman went into record books as one of the few footballers to play for three Dutch local football teams. The clubs include PSC, Ajax and Feyenoord. In addition, his goals tally of 193 in 533 matches ranks among the highest goals to have been scored by a defender.

Koeman’s religion is yet unknown. However, deductions from the Christian names which his dad and daughter bears presents the likelihood that he is a believer who practices Christianity. 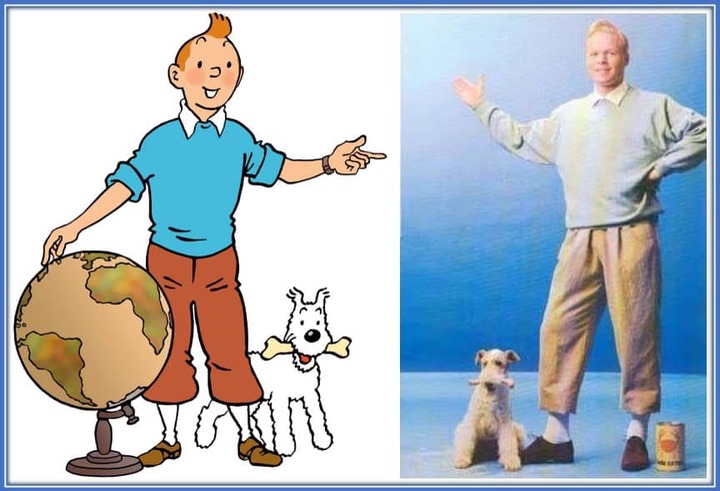 Koeman was given the nickname “Tintin” while playing for Barcelona. It is because he shares resemblance with a cartoon character as well as an albino gorilla existing in a Barcelona zoo at the time.

FC Barcelona Marijke Koeman Netherlands Ronald Koeman Zaandam
Opera News is a free to use platform and the views and opinions expressed herein are solely those of the author and do not represent, reflect or express the views of Opera News. Any/all written content and images displayed are provided by the blogger/author, appear herein as submitted by the blogger/author and are unedited by Opera News. Opera News does not consent to nor does it condone the posting of any content that violates the rights (including the copyrights) of any third party, nor content that may malign, inter alia, any religion, ethnic group, organization, gender, company, or individual. Opera News furthermore does not condone the use of our platform for the purposes encouraging/endorsing hate speech, violation of human rights and/or utterances of a defamatory nature. If the content contained herein violates any of your rights, including those of copyright, and/or violates any the above mentioned factors, you are requested to immediately notify us using via the following email address operanews-external(at)opera.com and/or report the article using the available reporting functionality built into our Platform 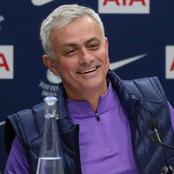 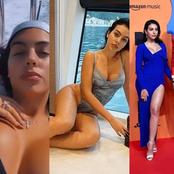 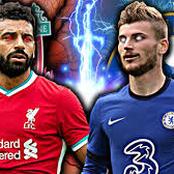 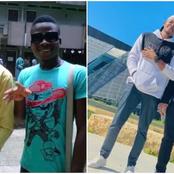 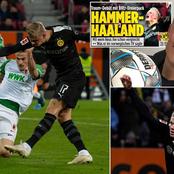 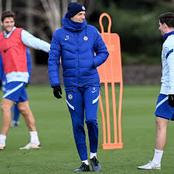 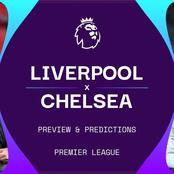 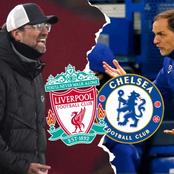