By BoadiGH (self media writer) | 23 days ago

A young man called Reuben Ackon has been away from home for the past five years after impregnating his stepmother.

Before leaving home, the resident of Abura, in the Central region, took away an amount of GHC 3,000 belonging to his sick father. 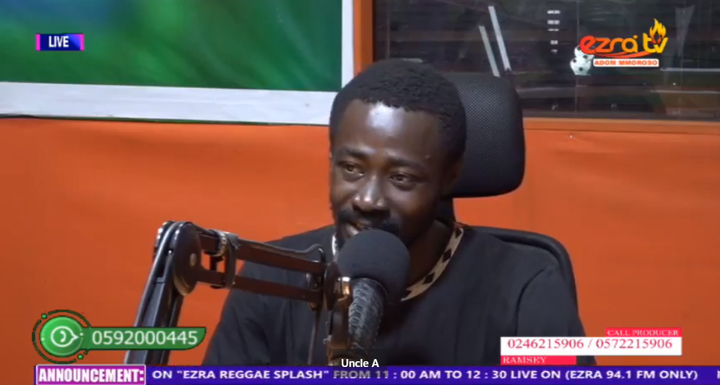 He said his father had an accident and it affected his spine, and due to the nature of the damage caused to the spine, doctors declared him infertile.

According to him, his father married another woman after his mother divorced him for his inability to give birth.

While the father had been away receiving treatment, Reuben said the stepmother, who showed him much love, would call him and ask him to apply a pomade on her body and massage him as well.

He said the stepmother asked him to have sex with her, which he resisted, and she began to hurt him.

Reuben, who was feeling unsafe in the house, granted her stepmother's wish by sleeping with her.

"I slept with her severally, day and night," he told Sofomaame Naana Hayford.

He also stated that he felt guilty in his conscience after his stepmother became pregnant and gave birth, despite the fact that the pregnancy was caused by her husband (his father).

Despite this, he stole GHC 3000 from his father and left the house to Kumasi.

WATCH THE VIDEO BELOW