By Ahomka.News (self media writer) | 17 days ago

The controversy behind LGBTI has become greater in our Ghanaian community as a section have opposed the act while others have also thrown their weight solidly behind it. The Western society have already legalised Lesbianism and gayism in which two partners can be legally married which is backed by the law. But in the case Ghana such an abominable act is not condoned in anyway. When one is caught in that act he or she will be reprimanded by the court of law. 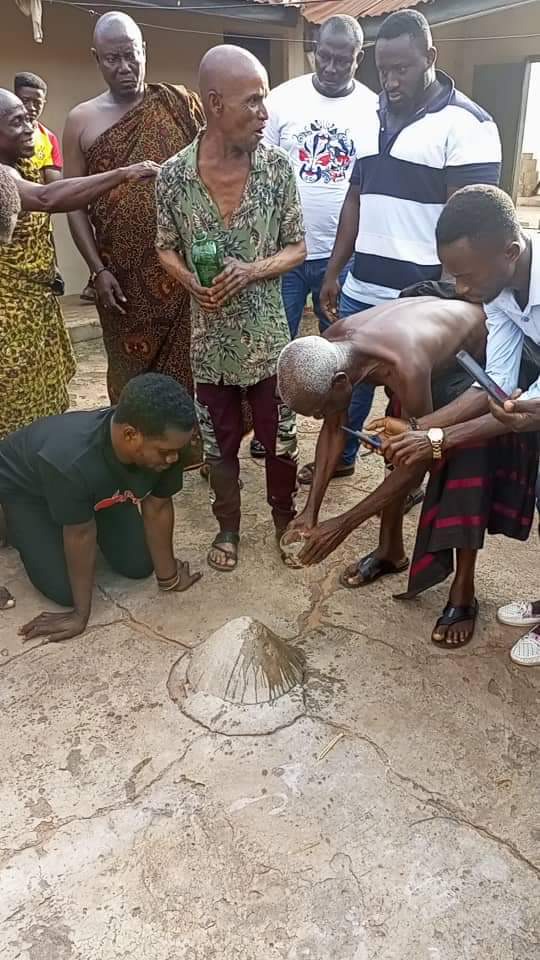 A very disturbing video has been seen on social media showing a gay partner who was caught in a town in Nkoranza. In a video that was sighted online, some men were heard having serious altercations with an alleged gay man. In the video, it was revealed that this man has been in the community for long time and proposing to men. When you agree he will do the unthinkable with you. 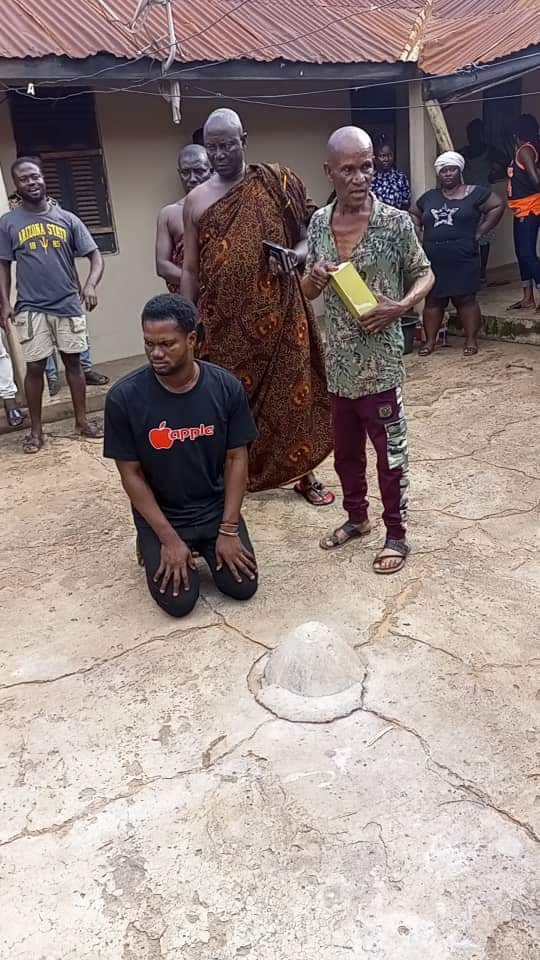 Initially when he was caught and they decided to video him, he was resisting but later accepted his crime. The person who was interrogating him asked of his name and he mentioned Razak. He then asked why he decided not to do that with a lady but rather a man. They also asked what he thinks they should do to him because what he has done deserves punishment. He accepted and said they should perform rituals and pacify him because what he has done is a taboo. The people in the community summoned him to the chief Palace and cut the head of a white sheep and pour the blood on him. Many Ghanaians have descended on him for doing such heinous act which is abominable in our society. Social media users have as matter of fact descended on them. The have truly brought 'bad omen' to the community for engaging in that and they deserve to be banned from the town. 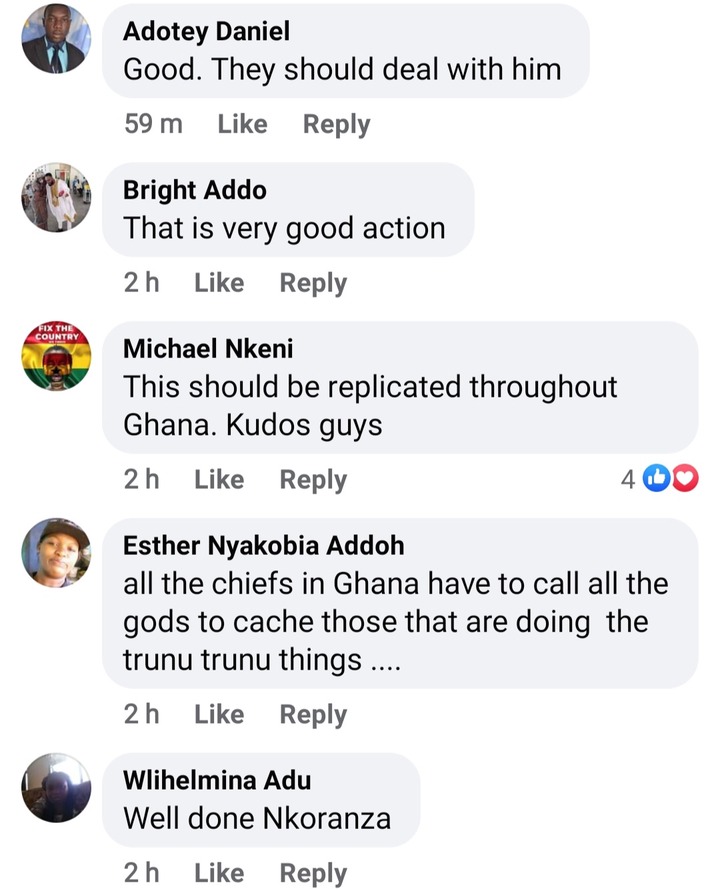 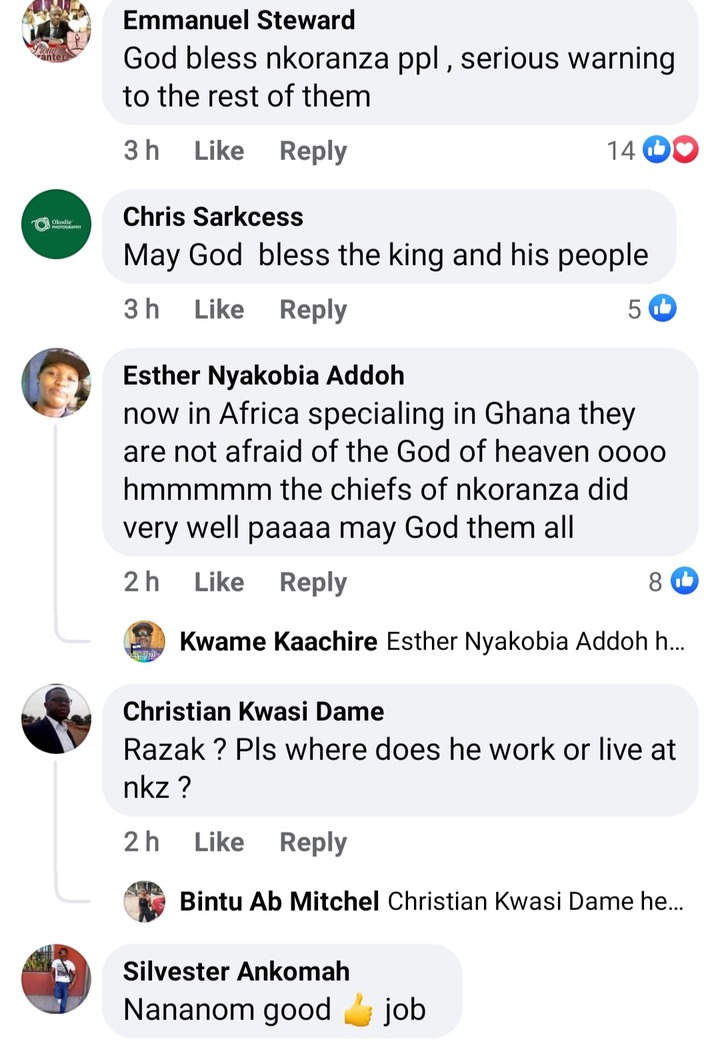