A/R:Immigration Arrest 7 Foreigners Suspected To Be Nigerians For Internet Fraud

By BricyBoateng (self media writer) | 19 days ago 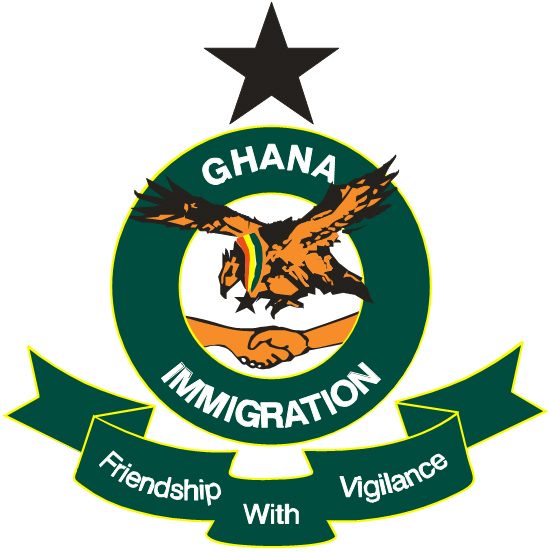 The Ghana Immigration Service (GIS) have arrested seven (7) foreigners believed to be Nigerians in the Atwima Kwanwoma District of the Ashanti region. The suspects, seven males and two females, are believed to be the perpetrators of internet fraud, sakawa, kidnappings in the area.

The immigration Service got a tip off from the members of the community after they observed that these seven persons all lived in one rented room in the area. They immediately alerted the Assembly member of the area and who did not relent but rushed to the Ghana immigration to report them Yesterday, November 11, 2021.

Immediately, the Immigration stormed the house where the seven have been carrying out their wicked plans and upon searching the room, they recovered items which included a number of mobile phones (yam), laptops, fifty euros, dollars and power banks.

The seven suspected criminals upon interrogation at the immigration office did not disclose their country of origin buy admitted they had traveled from the home country. Meanwhile, the people gathered, including the media suspected them to be Nigerians based on their appearance. However, the seven admitted using the phones and laptops for committing crimes including internet fraud, sakawa, kidnapping and scamming.

Speaking to the media, the District Chief Executive, Mr. Karikari told the media that such crimes have been happening in the Assembly thus, the members of the public should draw the intention of the police, immigration, unit committee members or even the assembly should they suspect any person whether a foreigner or Ghanaian to curtail the menace in the assembly. He, however, indicated that the assembly is not opposed to foreigners settling in the area because they are used to build a city.

The seven suspected foreigners have been transferred to the Kumasi Metropolitan office of the Ghana Immigration Service for further investigations to be carried out.