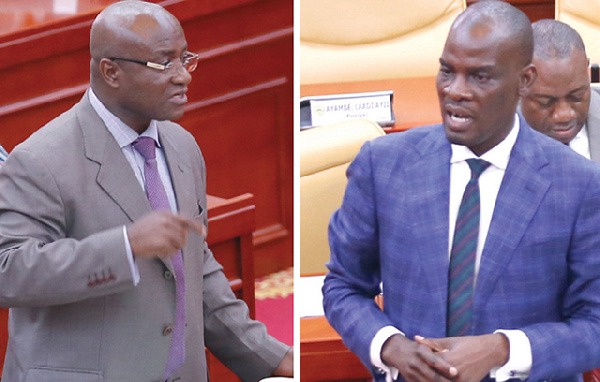 Ghana’s Parliament is becoming an interesting place to be. In just 5 days, a budget was rejected and later accepted. This has caused a lot of skirmishes between the Majority side and the Minority side. The Minority side led by Hon. Haruna Iddrisu have raised a number of concerns about the budget which was presented by Ken Ofori Atta. According to them, certain portions of the budget needed to be scrapped or revised.

Yesterday, an attempt by the Minority to get an earlier decision that passed the budget rescinded failed and this led to an adjournment of the house by the First Deputy Speaker. Today, Thursday, December 2, 2021 his seat was taken by the Second Deputy Speaker, Andrew Amoako Asiamah, the MP for Fomena. Concerns had been raised yesterday after Osei Owusu, the First Deputy had insisted that though he sat in the speaker’s seat, he wasn’t the Speaker and as such could be part of the quorum. 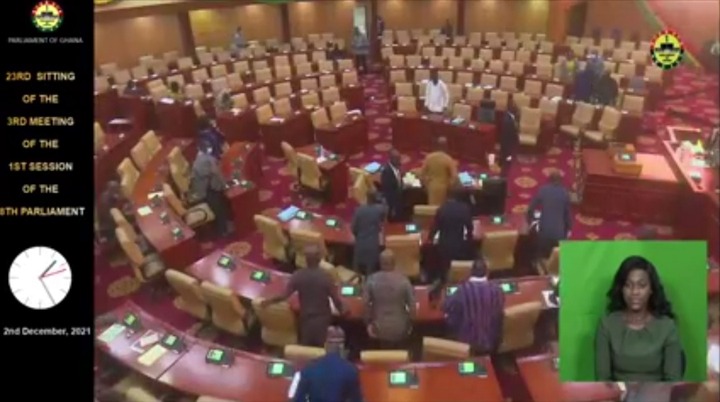 Today’s saw virtually an empty house as most of the members were missing including the leaders for both sides; Osei Kyei Mensah Bonsu, Afenyo Markin and Haruna Iddrisu were all absent. As the session commenced, the Majority Chief Whip, Frank Annor Dompreh said that both sides of the house had entered into a series of meetings and had called for an adjournment of today’s session. 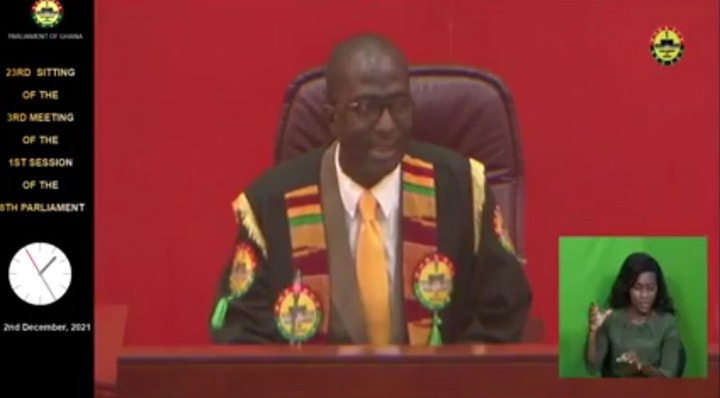 This was seconded by James Klutse Avedzi, the Deputy Minority Leader who noted that tomorrow is Farmer’s Day and in order for the MPs to get to their constituencies early, today’s meeting had to be adjourned. The motion was carried out and the Second Deputy Speaker adjourned the next meeting to Tuesday, December 7, 2021.

It will be interesting to see the import of the meetings that were held today and as to whether the 2 sides had reached a conclusion to calm down nerves.