Tuberculosis Day: What You Can Do To Protect Yourself Against Tuberculosis. 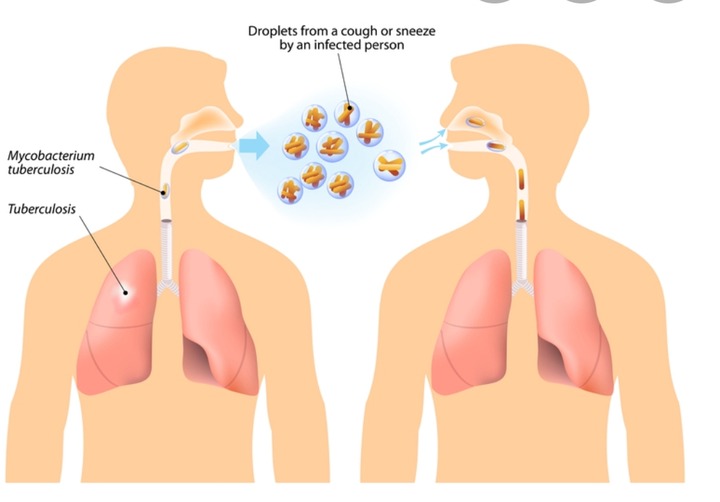 Tuberculosis popularly known as TB is a contagious infection that normally attacks the lungs and spread through the brain and into the spines. Getting TB infection does not mean you will get sick. This is caused by a bacteria known as Mycobacterium tuberculosis that spread through the air, just like a cold. One can only be infected if he comes into contact with people who have it.

Babies and young children also have higher chances of getting it because their immune systems aren’t fully formed.

There are two main forms known as;

This mean you have the bacterial in your bloodstream but your immune system prevent them from spreading. When this happens, you won't show any signs or symptoms of it anf neither will you ba able to infect someone. The most important thing to have on mind is that the bacteria is alive and can become active someday. For example if your become infected with another disease which your immune system cant fight, this means that your immune system can't prevent the TB bacteria to become active. You will need to see a doctor to give you a medicine to keep it from becoming active.

This means the bacteria has multiplied and will make you exhibit the signs and symptoms of the disease anf in this case you can infect others. Most often people with latent TB develops into active TB.

How is TB Transmitted?

When an infected person coughs, sneezes, or talks, tiny droplets are released and they contain the bacteria then you can also be infected.

TB is difficult to catch. You hace to stay with an infected person for a long time before. You’re most likely to catch it from co-workers, friends, and family members.

Tuberculosis germs don’t thrive on surfaces. You can’t get it from shaking hands with someone who has it or by sharing their food or drink.

TB are diagnosed by taking blood and skin sample to the laboratory.

Signs and symptoms are as follows;

-A dry cough that last longer. Blood may be seen in the mucus. People who are at risk;

-You live in or have traveled to an area where TB is common.

-You’re part of a group in which TB is more likely to spread, or you work or live with someone who is. This includes homeless people, people who have Hiv, diabetes, kidney failure or people in prison, and people who inject drugs into their veins.

-You’re a health care worker for patients at high risk of TB.

- Smokers are at a higher risk.

How can it be prevented?

-If you have a latent infection, take all of your medication so it doesn’t become active.

-If you have active TB, limit your contact with other people. Cover your mouth when you talk, sneeze, or cough. Wear a surgical mask when you’re around other people at all times.

-If you’re traveling to a place where TB is common, avoid spending a lot of time in crowded places with sick people.

Babies are giving the TB vaccines immediately after birth and its known as BCG vaccine.

-If it's latent TB, your doctor will give you medication to kill the bacteria so the infection doesn’t become active. You’ll have to take the drugs for up to 9 months. If you see any signs of active TB, call your doctor right away.

-If its active TB, a combination of medicines are administered. You’ll take them for 6 to 12 months.

Whatever kind of infection you have, it’s important to finish taking all of your medications, even when you feel better. If you quit too soon, the bacteria can become resistant to the drugs.

Tuberculosis infection can cause complications such as:

-Infection or damage of your bones, spinal cord, brain, or lymph nodes and joint damage.

-Inflammation of the tissues around your heart and lung damage.

I hope this information will help us protect ourselves and love ones from getting Tuberculosis.