By Yelloworange (self media writer) | 21 days ago 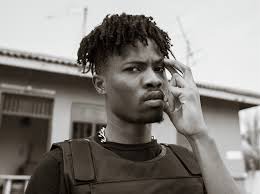 Emmanuel Kwesi Danso Arthur Junior, known commonly by his stage name as Kwesi Arthur, is a Ghanaian rapper, singer and songwriter. He rose to fame about five years ago with the hit single “Grind day” which received wide spread acclaim.

According to the young man doing music wasn't really his calling. He reveals that he always wanted a career in the security sector. Young Arthur shared that he actually took inspiration from Drake.   Kwesi Arthur shows his fluency in both English and Twi in most of his songs.

Here is what most of you might not know about him. 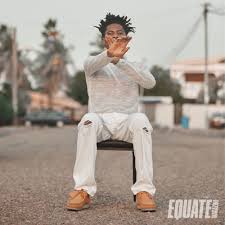 He grew up in Tema specifically community nine. Actually the second of four children. After completing his high school education at Temasco. Kwesi's plans of furthering his education to study Psychology and Law at the nation's premium university, the University of Ghana,Legon came to a standstill due financial constraints. This led the rapper to consider a job offer as a security guard in Tema. Although he was accepted for the security job, Kwesi decided to pursue his music career at a local recording studio instead. Here, he made a deal with the owner of the recording studio to learn music production and record for free; in exchange, Arthur had to perform menial tasks around the studio like sweeping and general maintenance. He met management from Ground Up Chale, a social media movement for young artists in West Africa, where he recorded his hit record Grind day at their studios a year later.

His talents cannot be confined to a single genre as he has performed extremely well in all fields.

Arthur has won several accolades, including Rapper of the year and Hip Hop Song of the year at the Vodafone Ghana Music Awards as well as a Viewer’s Choice Best International Act nomination at the BET Awards. He became the second Ghanaian rapper to be nominated for BET Hip Hop Awards Cypher..

Kwesi Arthur is one of the most successful artists in Ghana, with his music being internationally recognised and awarded. His song Live From The 233 was one of the most streamed African songs on the streaming service Apple Music

His very recent song Winning which featured Vic Mensa is currently making waves everywhere. He released a new song with Medikal a few days ago Different. I encourage all of you to stream.

If there is one truth about Kwesi Arthur, most of his songs describe his experiences in life. But like all other artists he has been at the receiving end of all form of accuses

Tell me your favourite artists and I will tell you what you don't know.

Content created and supplied by: Yelloworange (via Opera News )