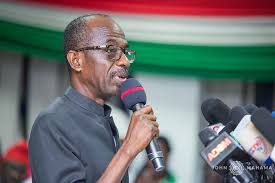 The General Secretary for the National Democratic Congress, Hon Johnson Asiedu Nketia has disclosed that the leadership of NDC was worried to see their members of parliament approving Nana Akufo-Addo's ministers, who were protested by Ghanaians and hate to see them being approved while speaking on Citi TV yesterday.

The general secretary speaking on the show stated that he has no any evidence that the leadership for NDC in parliament went in for some money to approved all the ministers of NPP government, but he said what really happened get the National Executive Committee of the NDC worried and shocked.

He believes that the members of parliament betrayed their party members and Ghanaians and he stated that they have regained grounds after all the brouhaha in the party. 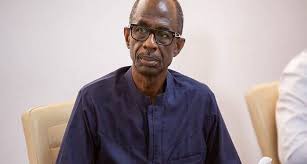 According to the famous Politician, what happened in parliament some few weeks ago in approving Akufo-Addo's ministers is a collective failure, and they can't blame the leadership representing them in parliament because they went and vote individually to affirmed the ministers.

Asiedu Nketia however stated that one can't cry over spilt milk because the NDC members of parliament turned against them and Ghanaians but they have solved a lot of the issues already and they're ready to hold Akufo-Addo's government firm.

"We are all worried about it because I personally thought they could reject the seven ministers but they turn against us. I don't have any evidence but the party leadership was shocked to see that from our MPs and the National Executive Committee jump in quickly and we have regain grounds. I cannot say it was from them although it was betrayal how you saw it but it a collective failure I can say. You know, you can't cry over spilt milk so we have deal with that" he added.