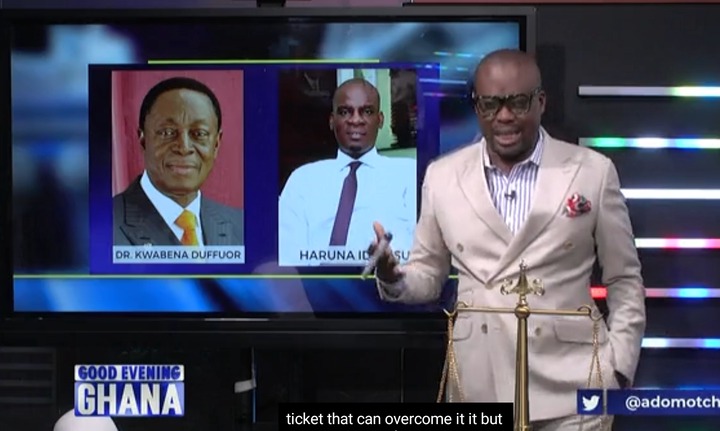 Senior journalist and political analyst, Paul Adom-Otchere has presented some intriguing detail about political fortunes of the opposition National Democratic Congress (NDC) having Dr. Kwabena Duffour and Haruna Iddrisu as their presidential and vice presidential candidates, respectively for the 2024 elections as against John Dramani Mahama, and Prof Naana Opoku Agyeman. According to him, Dr Duffour and Hon. Iddrisu have a greater chance of making a difference in the next election for the NDC than former President John Mahama and Prof Opoku Agyeman.

Paul Adom-Otchere on Good Evening Ghana stressed that the political leadership and history of the NDC has been exclusive of the northern tribes and Muslims, adding that the ruling New Patriotic Party (NPP) has since 1979 culturated the representation of Muslims for presidential elections. He however explained that it was with late President Prof Atta Mills who opted for a change with Prof Mumuni candidature in 2004, and then John Mahama in 2008.

He indicated that the pattern of votes in Ghana had revealed that the Muslim communities prefer voting for the NPP than the NDC becuase of the representation it had given to it's country people in government.

"The NPP has been camping the Muslim votes for quite some long time...they have been fielding a lot of Muslims on the top of their tickets than the NDC does."

He furthered that the spread of votes across the country has a chunk of it emanating from the Ashanti Region and the Southern parts of the country, adding that the Dr. Duffour and Haruna Iddrisu combination, given their record of accomplishment and credibility in the NDC, especially with the council of elders, could be the right factor tmto guarantee victory. 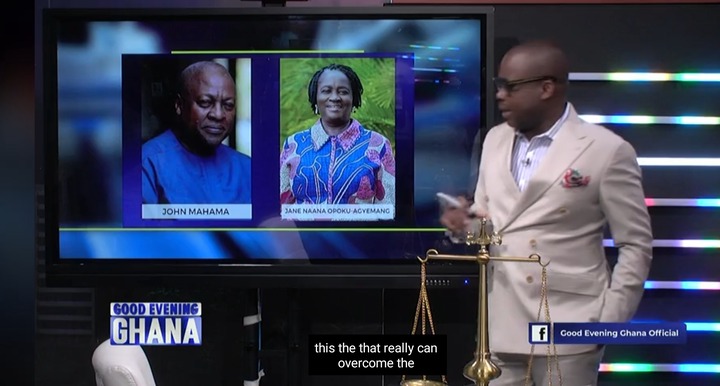 He indicated that the contest for the flagbearer-ship could be a fierce one between John Mahama and Dr Duffour, adding that the outcome of which should reconsider the Muslim factor in Ghana's election with a traditional place for a running mate.

"Should Dr. Duffour be able to secure a significant amount of the votes, will it be enough to brink John Dramani Mahama to the table for a conversation on who should become a running mate?" Paul Adom-Otchere interrogated.