Smoking And Alcoholic Habit in some countries

By Royalvibes (self meida writer) | 29 days 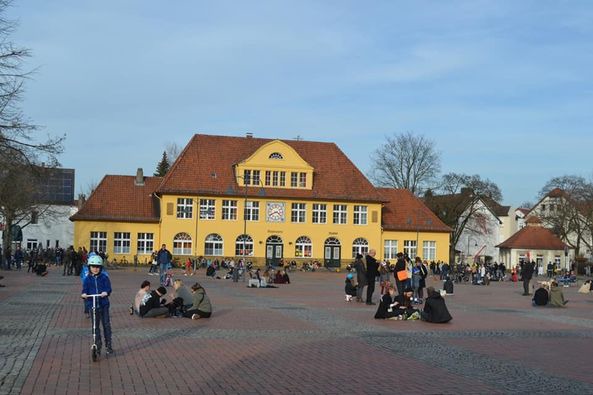 Take a careful look at every picture [Taken about 30mins ago]. Do you think they're gathered here because of a state durbar or better still the mayor of the city has called for their attention? No! Far from it! These Germans are gathered here with wine, beer, and cigarettes simply because of the sun. The very sun an African might not cherish.

When I first arrived in Germany, I saw people, males and females alike, smoking and drinking alcohol publically. It was one of the biggest shocks of my life because you don't often see such sights in Ghana. While at the English Garden one summer afternoon in Munich, I saw two gays kissing. Immediately, I was surprised. Not only was I surprised at what I saw but also disappointed and somehow angry. In my mind, I was like are you guys out of your mind? Another time, I was to take a bus driven by a woman. My issue wasn't the fact that she's a woman but watching her smoke during her short break made me wonder if it was a wise idea or safe to board this bus. 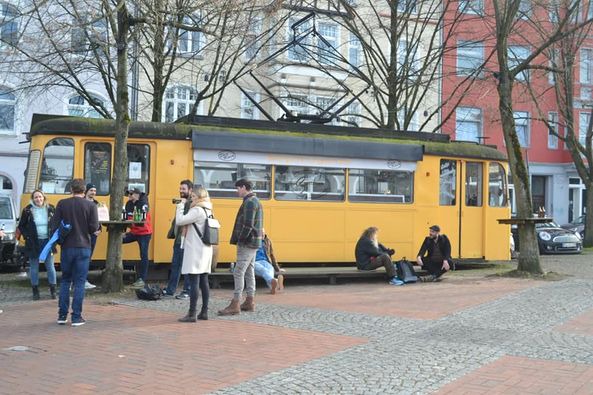 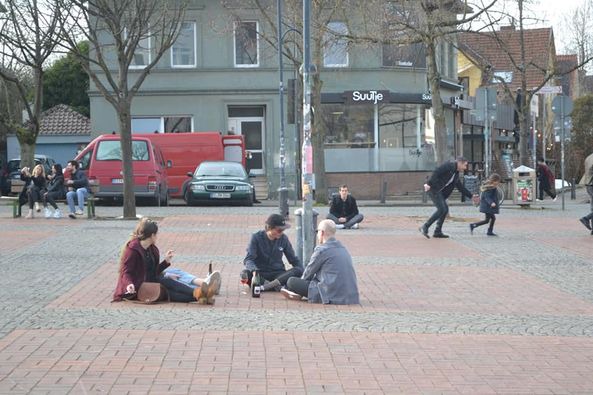 You see, unlike in Ghana, in Germany, all these things (smoking, alcohol consumption, being gay or lesbian, etc) are quite normal. Even the youths aren't an exemption. The good news is that all this "newness" has made me evolve into not just embracing some but all: gay, straight, alcoholics, smokers, etc. I've learned that freedom means the will to do what you want and how you want it. But of course, every man is two things: the books he reads and the friends he keeps. So I'm equally careful with friendships.

It seems the problem of a typical German youth is not education. It's not a lack of current flowing through the electrical sockets or water through the tap. It's also not lack of food and clothes. All these things, even the poorest among them do have in abundance. The main challenge of German youths is comparable to the story of the prodigal son in Luke chapter 15. They are provided with every basic good thing one can think of. Yet under the comfort of all these aforementioned, quite a number of them, even as young as 14, opt for a different life: the life of drugs and alcoholism. It's astonishing I must say, and I do with what I'm saying was lies but it's truth. They make choices to live wild: "He(the prodigal son) said to his father, ‘Father, give me my share of the estate....not long after that, he got together all he had, set off for a distant country and there he squandered his wealth in wild living." [Luke 15:12-13]

Ladies and Gentlemen, with all the comfort the system and parents try to provide, it yet remains so shocking that people choose such a life. "You mean you never smoked weed? But you're black. You can't be black and never took weed", one lady from the University of Bielefeld said to me. You see, the world continues to have a wrong image of Africans. But it's high time to remind them that Africans haven't yet lost our culture. They don't seem to know that we are quite very much conservative and that these things aren't included in our core values. Smoking in an African home? Your loving father will either disown you or beat you to a pulp till your brain re-set to normality. We call it "spare the rod and spoil the child" and that the "rod is only for the backs of fools." What it means is this: Beating a child for misconduct or its improper ways of living is very much allowed and welcomed in Africa.

Guess what? In my entire life in Ghana, I've never known anyone who smokes marijuana or cocaine. It doesn't mean there exists none. But in Germany, it's the opposite! In other words, it's correct to say that it's quite rare to find a German young man or woman who doesn't experiment with these things. To my amazement, a 20-year old told me he spends €50 on weed daily. He then turned and told me he's broke and hence applied for state financial help. I looked at him with a simple smile and said: "Why won't you be broke? When drugs alone cost you €50 a day then it's normal to be broke, isn't it?" Truth is, the amount he spends daily on weed that in my opinion adds no health benefit to his life is almost twice more than the amount I spend weekly to feed myself. Oh yes, no wonder I can't be broke because I don't spend money on things I don't need!

"When he came to his senses, he said 'I will set out and go back to my father and say to him I am no longer worthy to be called your son'...So he got up and went to his father. But while he was still a long way off, his father saw him and was filled with compassion for him; he ran to his son, threw his arms around him, and kissed him....'Let’s have a feast and celebrate. For this son of mine was dead and is alive again; he was lost and is found.'" [Luke 15:17,19,20, 23&24].

Looking at the young people I got to know up close, one question came to mind: How many of them, playing with drugs and alcoholism will be so lucky like the prodigal son and come to their senses and return to their old and original life? How many? No one can assure because the probability is so thin. And that's why there's but a more sad truth to the issue at hand: Quite a number of Germans seem to have mental problems. It's not surprising because to believe the only way to be happy is by smoking and alcoholism will definitely reward you sooner or later with mental instability. Will a child play with fire and not be burnt or with a knife and not get wounded?

In the end, life is simple, beautiful, and free. But it requires a sense of decency and responsibility to come to your senses and say to one's self "the old life is certainly better than the drugs and alcohol life. So I want to return and be saved." Remember: Society and parents' arms are always open to welcome you.