Herbal Remedies For Dizziness That You Can Make At Home.

By Healthmatics (self meida writer) | 21 days 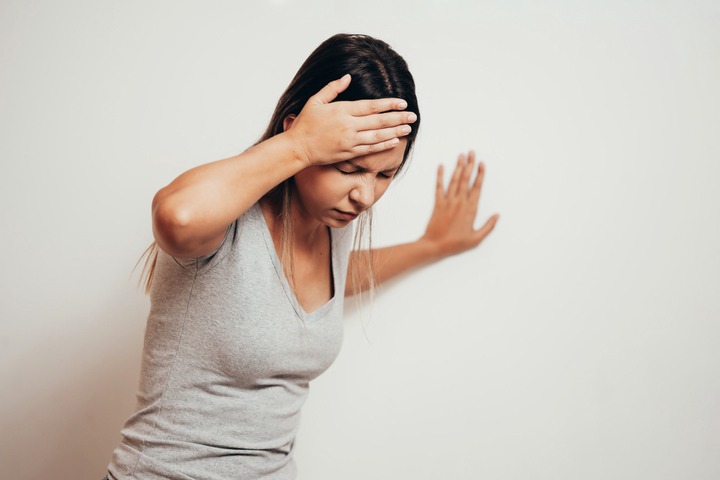 Dizziness is usually described as a feeling of wooziness, unsteadiness and the sensation that you are about to faint. Dizziness is also generally connected with the feeling that you or your surroundings appear to be rotating endlessly. This kind of dizziness is known medically as vertigo. Dizziness fundamentally interferes with the balance and orientation of the individual. The sense of balance depends squarely on an array of information processed by the brain after getting inputs from eyes, inner ears and the nervous system. Loss of balance or feeling dizzy is encountered in the event of signals passed to the brain not being processed as a result of contradiction in messages or mal- function in sensory systems. There are several causes that trigger dizziness. Dizziness can be a single short experience or occasional or repeated spells. Although it is not a severe disorder, it is essential to analyze the cause and get rid of the reason.

Dizziness is a disorder that connotes the impairment of spatial perception and a serious compromise of stability. It is noticeable with signs of light-headedness, loss of balance feeling faint and being unsteady. Dizziness mostly occurs when your brain does not get sufficient blood and can equally be caused by a drastic drop in your blood pressure or even dehydration often caused by bouts of vomiting, diarrhea or fever. Sometimes factors such as the flu, hypoglycemia, common cold and common allergies are also reportedly caused dizziness. Severe headaches and dizziness most times do co-occur together. Treatment of dizziness is thus not always necessary and depends on the symptoms of dizziness and causes; because origin of dizziness and lightheadedness can vary significantly.

Vertigo is a condition used to describe a state in which individual go through a spinning sensation and is often occur along with other side effects such as vomiting and nausea. The person goes through a feeling of being in motion whereas in actuality they are motionless.

Vertigo is regularly caused by factors such as vestibular migraine, Meniere's disease, vestibular neuritis and benign paroxysmal positional vertigo. Excessive drinking of alcoholic beverages is also known to cause some symptoms connected with vertigo. Vertigo is generally typified into peripheral or central as a result of its source and nature. Peripheral vertigo is linked with unevenness in the inner ear and vestibular system while central vertigo is principally connected with the balance centers of the brain. Peripheral vertigo is milder in comparison with the Central vertigo. Dizziness and vertigo cause serious headaches and the treatment or cure would depend essentially on the symptoms. It is common to find disorders of the inner ear engineering dizziness.

Dizziness may also be caused by a cardiovascular accident which is responsible for about 0.7% of all causes of dizziness in emergency rooms. It may also happen sometimes as a result of hyperventilation. Chronic dizziness and anxiety may be linked with depression and could also lead to fatigue and headaches.

There are several other situations also associated with abrupt dizziness and they can be divided into categories as follows:

Conditions such as vestibular neuronitis, Labyrinthitis, Otitis media, Acoustic neuroma, chronic motion sickness, Ramsay Hunt syndrome, migraine, low blood pressure or low blood oxygen benign paroxysmal positional vertigo, Meniere's disease, multiple sclerosis and hyperventilation can equally kick start the dizziness. Specific hormonal changes like thyroid disease, menstruation or pregnancy are also known to trigger spells of dizziness. Dizziness and nausea are not usually signs of severe health concerns and normally happens during pregnancy, during menstrual periods, in the mornings, when standing up and also during exercises. Symptoms of dizziness during pregnancy are pretty common and do not actually deserve any treatment because symptoms are characteristics of morning sickness and will be over by the third trimester.

Going through dizziness is not only distressing and disorientating, but it can also lead to severe falls or injuries and can be potentially hazardous if the root cause is not treated.

Do the following if dizziness occurs:

Sit or lie down the moment when you feel dizzy to prevent losing your balance or encountering a fall.

Avoid driving or participating in dangerous activities such as operating any risky machinery, or mounting a step-ladder.

Stay away from substances such as nicotine, salt, caffeine, and alcohol because they reduce flow of blood and may worsen the conditions.

Avoid sudden changes of position or head movements and by standing or sitting up little by little.

Seek medical advice if dizziness cannot be explained and persistent.

Individual should minimize the amount of intake of salty nuts and particularly sweet treats.

Drinking of diet drinks is usually connected with the feeling of dizziness and should be reduced to a barest minimum or avoided completely.

1. General causes of dizziness are short blood sugar and cardiac problems. In the case of low blood sugar, it is recommended to instant drink non-carbonated liquids. Several fluids such as fresh lime water with sugar, coconut water, and fruit juices are recommended to increase the blood sugar levels.

2. Gingerroot capsules provide certain amount of ease. Similarly black tea mixed with crushed ginger helps take care of the disorientation and the nausea. Chamomile or even peppermint is good substitution for ginger.

3. Pregnancy related dizziness can be handled by combining two teaspoons of wheat germ with tepid milk. This is known to help relieve the pain associated with morning sickness.

4. Vitamin A and C rich fruits such as Indian gooseberry are known to be of help. Soak about five grams of the gooseberry fruit overnight with coriander seeds. Drink the water after sieving out the residue. Sugar may be added to sweeten it, if it is too bitter.

5. Anemic-induced dizziness, the diet of the patient deserves special attention. Iron, folic acid and vitamin B12 are essential and as such should be taken in adequate quantities. Iron is generally available foods such as fish, poultry and lean meats and even dairy products. Green leafy vegetables are high in folic acid and are also exceedingly recommended.

NOTE: All the cures and remedies mentioned in this work are effective to the extent where the symptoms being experienced are not sings of bigger disease.

If the symptoms of dizziness continue for long periods or are recurrent; please immediately consult a medical doctor.

How To Strengthen Your Muscles And Increasing Endurance