Fathers, why they are disappearing

By OfficialCoami (self media writer) | 17 days ago

Fathers, Why They Are Disappearing.

“I don’t remember Mom and Dad fighting or arguing. All I know is that Dad was there, and then boom, one day he wasn’t there. I don’t know where my dad is to this day. I know I don’t feel anything toward him.” -Bruce.

“I was the only kid at school who didn’t have two parents and didn’t live in a house. I always felt like I stood out. I always felt very different from everyone else my age.” -Patricia.

The crisis of fatherless families has its roots in the industrial revolution. As factory jobs began luring men away from their homes, the father’s influence in the family began to wane mothers took on a greater share of child rearing. Even so, most fathers remained with their families. During the mid-1960’s, however, the divorce rate in the United States began a dramatic upward spiral. Religious, economic, and social barriers to divorce started to crumble. Spurred on by the advice of self-proclaimed experts who asserted that divorce not only didn’t harm children but might actually be good for them, couples opted for divorce in record numbers. Says the book Divided Families. What Happens to children When Parents Part, by Frank F. Furstenberg, Jr., and Andrew J. Cherlin: “In Belgium, France, and Switzerland rates [of divorce] have doubled [since the 1960’s], while in Canada, England, and the Netherlands they have risen threefold.”Although children usually stay with their mother after a divorce, most departing dads want to maintain a relationship with the children. Joint custody is one popular solution. Yet, most divorced fathers maintain surprisingly little contact with their children. One survey revealed that only 1 child in 6 sees his or her divorced father on a weekly basis. Almost half the children had not seen their father for an entire year! 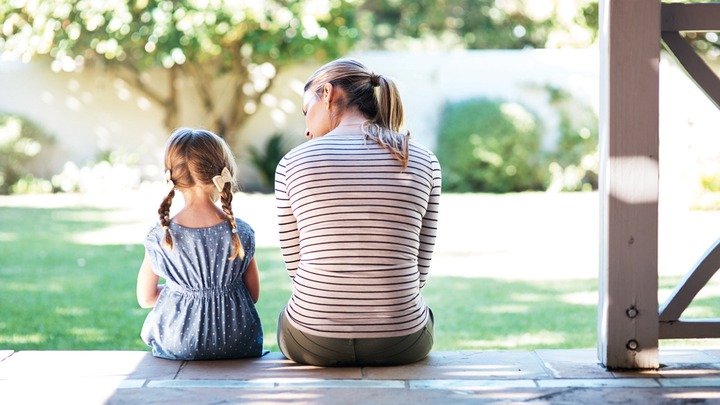 RISKS OF GROWING UP WITHOUT A FATHER

Growing up without a father poses serious risks for children. While the following information may be painful for some to consider, being aware of the risks is the first step in preventing or at least minimizing the damage. Realize, too, that statistical studies apply to groups and not to individuals. Many children grow up in fatherless homes without experiencing any of these problems. As our final article will show, parental intervention and the application of Bible principles can do much to mitigate these potential difficulties. Consider, then, some of the possible risks a fatherless child may face.

Research clearly shows that fatherlessness increases the risk of child sexual abuse. One study revealed that out of 52,000 cases of child abuse, “72 percent involved children living in a household without one or both biological parents.” The book Fatherless America asserts: “The escalating risk of childhood sexual abuse in our society stems primarily from the growing absence of married fathers and the growing presence of stepfathers, boyfriends, and other unrelated or transient males.”

Because there is likely less parental supervision in a single-parent home, young ones often have more opportunities to engage in immoral conduct. Less parental training may also be a factor. “Girls without a father in their life are two and a half times as likely to get pregnant,” says the U.S. Department of Health and Human Services.

A study of black teenage girls in South Africa concluded that poverty is a common consequence of unwed parenthood. “In about 50% of cases,” say the study’s authors, “the teenager is unlikely to return to school.” Many unwed mothers end up in a life of prostitution and drug trafficking. The situation may not be much better in Western lands. In the United States, “10 percent of children in two-parent families were in poverty [in 1995], compared to 50 percent in female householder families.”America’s Children: Key National Indicators of Well-Being 1997.

Forced to fend for themselves, some single parents are overwhelmed by their responsibilities and are unable to spend adequate time with their children. One divorcée recalls: “I was working by day and going to school at night running myself ragged. I definitely neglected the kids.”

Contrary to the claim of some experts that children quickly bounce back after a divorce, researchers, such as Dr. Judith Wallerstein, have found that divorce inflicts long-lasting emotional wounds. “Over a third of the young men and women between the ages of nineteen and twenty-nine have little or no ambition ten years after their parents’ divorce. They are drifting through life with no set goals and a sense of helplessness.” (Second Chances, by Dr. Judith Wallerstein and Sandra Blakeslee) Low self-esteem, depression, delinquent behavior, and persistent anger were observed among many children of divorce.The book The Single-Parent Family says: “Numerous studies show that boys raised without a strong male presence in their lives show insecurity about their gender identity, low self-esteem, and, later in their lives, trouble forming intimate relationships. The problems girls may develop from living without male role models don’t usually show up until adolescence or later, and include having difficulty forming successful male/female relationships in adulthood.” 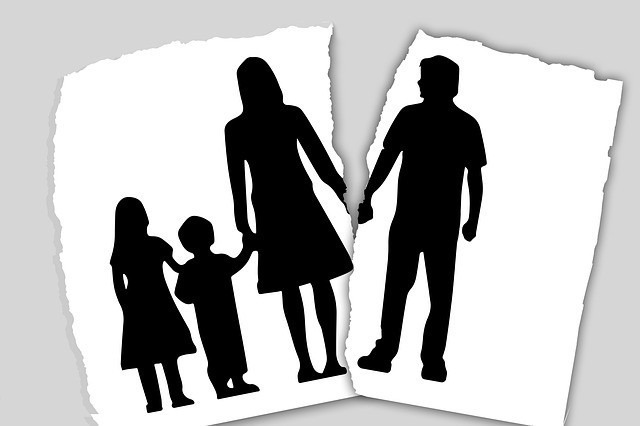 The Bible makes it clear that a child must honor both his mother and his father. And divorce does not break the father-child bond. Though the ex-husband may no longer live at home, the children can still benefit from having a warm relationship with him. The problem is that the mother may feel angry toward him and resent his involvement with the children. How can the mother cope with these feelings? The Bible gives good advice when it cautions: “Take care that rage does not allure you into spiteful actions. Be on your guard that you do not turn to what is hurtful.” Granted, it’s not easy to speak kindly of someone who has hurt or abandoned you.

But ask yourself, ‘Can a girl learn to trust a man if she is constantly told how bad her father is? Can a boy develop a stable, manly personality if he is chastised by being told, “You’re just like your father”? Can children have a healthy view of authority if they are taught to despise their father or are discouraged from seeing him at all? Clearly, undermining your children’s relationship with their father is damaging. It might surprise you to know that the Bible does not condemn righteous indignation. “Be wrathful,” says the Bible, “and yet do not sin.” Being angry is not the sin, but being controlled by wrath, anger, badness, abusive speech is. So avoid ‘father bashing’ in front of your children. If you feel the need to express your frustrations, follow the Bible’s suggestion to share your “anxious care,” but do so with someone other than your children perhaps a trusted friend. Try to maintain a positive attitude and avoid dwelling on the past. Doing so can do much to help mitigate your anger.Finally, remember that the Bible commands a child to respect his father even if his father’s conduct has been less than admirable. So try to help your children to put their father’s shortcomings in perspective. One young woman who grew up in a broken home says: “By viewing my father objectively as a fallible, imperfect human I’ve finally come to terms with him.” By encouraging your children to respect their father, you help them to develop a healthy view of your parental authority. It is also important that you not blur the boundaries between you and your children. They are still under the ‘law of their mother.’ Sons can feel overburdened if they are expected to be ‘the man of the house.’ Daughters can likewise be overwhelmed by having to serve as their mother’s confidante. Children need to be assured that you the parent will care for them not vice versa. Such assurance can make them feel secure, even though their family situation is not ideal.

Content created and supplied by: OfficialCoami (via Opera News )