Halima Cisse, the Malian who recently gave birth to 9 babies, a world record, revealed that the babies drink 6 liters of milk and use 100 diapers a day. 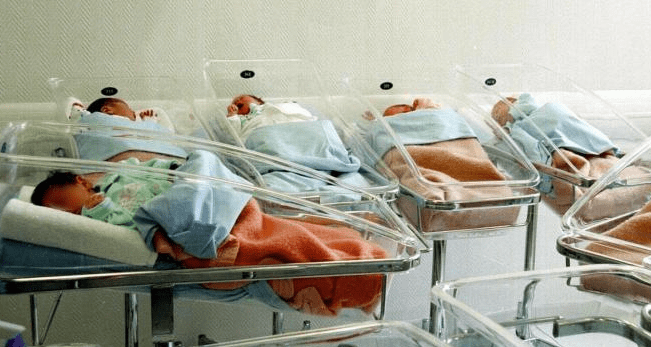 The young woman who is 26 years old gave birth to her nonuplets at the Ain Borja clinic in Casablanca, Morocco on May 5, breaking the current world record set by Nadya Suleman, who gave birth to eight babies in 2009.

Ms Cisse's nine babies weighed between 500 grams and 1 kilogram at birth and have been placed in incubators in the clinic's intensive care unit where they are monitored around the clock by a team of doctors and doctors. nurses.

In an exclusive interview from her hospital in Morocco, Ms Cisse said she only learned she was going to have nine babies a few minutes before the cesarean birth.

“It was a total shock when I found out I was going to have nine babies because I thought I was expecting seven,” she said.

“While the babies were coming out, I had so many questions in my head. I was very aware of what was going on and felt like there was an endless stream of babies coming out of me", she said. My sister was holding my hand, but I was only thinking about one thing, "how to take care of them and who would help me?" 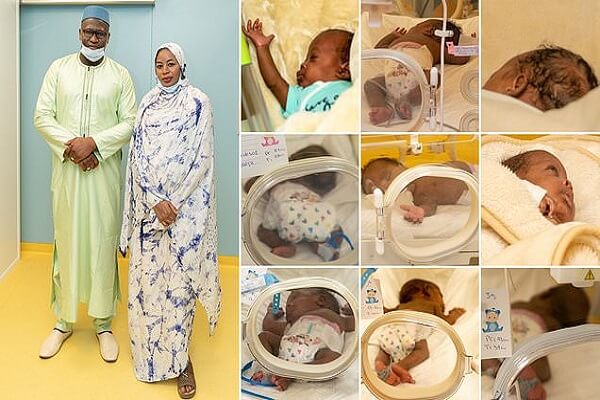 Speaking as she watched the nine babies sleep in the incubators, she revealed that almost three months after experiencing the difficult delivery, she is still recovering and only visits her babies twice a day, for 30 minutes , to “bond” with them.

They are fed every two hours, drink six liters of powdered milk per day and use 100 diapers, which are changed every two hours. They also undergo health checks every three hours. So far, the bill for baby care has cost more than a million dollars and has been paid by the Malian government.

Ms Cisse revealed that a month after giving birth, she was out of breast milk. Her babies are expected to stay in the hospital for another two months.

“It's a lot of work and I still feel very weak,” she said. “My pregnancy has been very difficult, and I need a lot of rest. Giving birth to a child is hard enough, but having a new one is unimaginable. It's amazing how much work it takes to take care of them. I am grateful to the medical team doing all of this work and to the government of Mali providing the funding. "

Ms Cisse lives in a private room on the third floor of the clinic, which she only leaves to visit her babies.

She nearly died from the loss of blood during childbirth, with doctors estimating her belly alone to weigh nearly 30kg, made up of the babies and amniotic fluid.

“Fortunately, I don't have to get up at night if the babies start to cry because the nurses take care of them, which allows me to get enough sleep. I'm lucky to be alive and to have all this support." 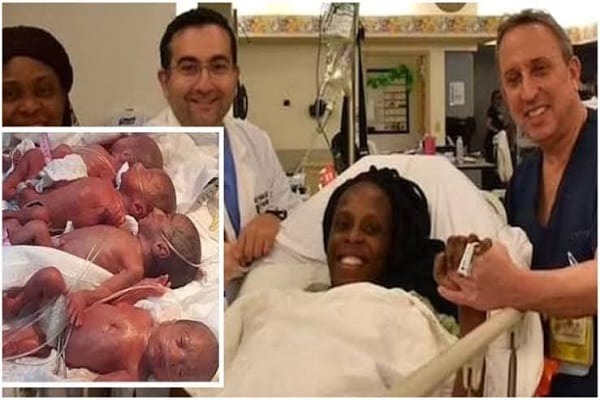 Ms. Cisse gave birth by caesarean section, with the support of her sister Aicha, while her husband Kader Arby remained in Timbuktu, Mali. He could not travel due to restrictions related to Covid-19.

Mr. Arby, 35, did not arrive in Morocco until July 9. After spending ten days in quarantine, he saw his nine children for the first time on July 19.

“It was an amazing feeling and I just thank God that they survived and their health is improving, as well as that of my wife. When I saw them, I didn't know what to say, it was difficult to take it all."

The couple, married in 2017, already have a daughter, Souda, two and a half years old, who is being looked after by relatives.