Interesting facts you need to know about fake baby bump

The 'fake baby bump' story of Panyin has generated a lot of social media attention for some time now. The question is what is fake baby bump. How much is it and where do you find one to buy? 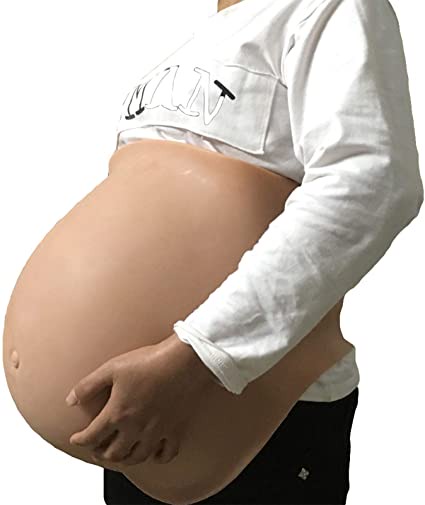 The Takoradi kidnapped woman known as Josephine Panyin Mensah Simons who reportedly came out with a serious confession to a medical team and investigation officers attending to her at the Effie-Nkwanta Regional Hospital in the oil City, Western Region that she wasn't pregnant had given us the idea that she could be wearing the fake baby bump.

The fake baby bump is stretchable which has been carefully designed just like the skin colour of human either black, white etc to suit or support fake pregnant protruding belly in the correct position which is more or less in resemblance or closer to human skin tissue.

The fake pregnancy bump looks deceptive as it makes somebody who in the actual sense not pregnancy look exactly as a pregnant woman just like the self acclaimed kidnapped and pregnant woman Josephine Panyin.

per the enquiry and information on the market, the fake pregnancy bump that weighs 4600g, big twins that depicts 8-9 months pregnancy bump is believed to be sold at GHC 1783.12, GHC 2090.85 whereas the other types serving the same purpose sold at a lower price in the region of GHC 752.72, GHC 198.61

The other fake pregnancy bump rages from 2-3 months, 4-5 months, 6-7 months and the aforementioned 8-9months depending on the period your belly would change, a funny experience just like Takoradi fake pregnancy and kidnapped woman.

The fake pregnancy bump originated from China especially Zhejiang China but it is found in African countries like Nigerian. It could be shipped from the United Kingdom and other European nation and buying and selling of these products looks confidential when we consider the purpose it serve as a fake baby bump.