Unique Naming Ceremony of the Ewes 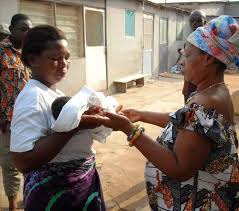 The Ewe use a system of giving the first name to a child, based on the day of the week that the child was born. That arises from a belief that the real name of a child can be determined only after the child has shown its character. However, as a child is a person, not an object, the child must be referred to by some name in the interim and so a name is provided based on the day of birth. A final name is given at a naming ceremony, seven days after the date of birth.

As a matter of pride in their heritage, especially since the 1970s, many educated Ewe, who were given Western names, have dropped those names formally/legally or informally and use their birthday name as their official name.

The Ewe birthday-naming system is as follows: 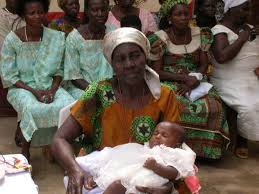 Often, people are called by their birthday name most of the time the given name being used only on formal documents. In such cases, children with the same birth name are delineated by suffixes (gã) meaning big.So for example, after the birth of another Kofi, the first child called Kofi becomes Kofigã, and the new child Kofi. A subsequent Kofi, would be Kofivi, or Kofitse, mostly among Wedome and Tɔngu Ewes. Sometimes, the renaming happens twice, as the second Kofi might have originally been called Kofivi, while the eldest retained Kofi, thereby necessitating that they both be renamed on the birth of a third Kofi.