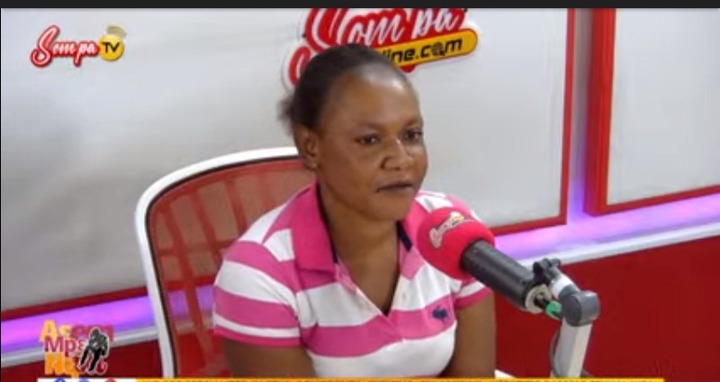 A lady by the name of Maame Atta got into a relationship with her boyfriend when she was working with a woman at Maakro in Kumasi. One year later, she conceived and gave birth to a baby boy. She then went to stay with her mother at Yeji but the baby got a hernia when he was seven months old. Maame Atta said she came back to Kumasi to inform her boyfriend, she tried on several occasions to call her boyfriend but his phone switched off.

She then went to his workplace with her sister and they found him at that place. Maame Atta informed him about the child's illness but the man told him he has not been paid for so many months so he can't send the child to the hospital at that moment but he gave her money and told her to go back to Yeji. The lady didn't listen to him but went back to stay with the woman she was working with at Maakro before she got pregnant.

That woman assist her financially and they sent the baby to the hospital for treatment. The doctors told her that they have to perform surgery on the child. The woman she was staying with put pressure on the boyfriend and he paid for the surgery. Two months later the child got the hernia again, she called her boyfriend again to inform him about the child's condition but he told her that he doesn't have any money to give her again. The man again told her that they should let the child be like that, when he grows up then he will go for another surgery.

Maame Atta continued that she informed some elders who advised him to help with the child's treatment. He gave her GHC700 to seek herbal treatment but the child didn't recover. Maame Atta then sent the child to stay with her mother but still, her boyfriend doesn't want to support her to get treatment for the child. The man too said he has tried everything he can to get treatment for their child, he paid for the boy's first surgery but he developed the hernia again. The man claims the lady just wants to disgrace him for not taking care of the child that's why she keeps sharing her story at any place she goes.