We imagine them as soft as they are fragile. Pure and innocent. But it's the better to do it upside down. In truth, our children probably came into the world to prepare for the ultimate battle. The one who will allow Beelzebub to assert his evil power on Earth. After all, who would imagine that behind our thousands of cherubs in diapers hides an army of imps, ready to fight.

1. When they defecate on us with a smile 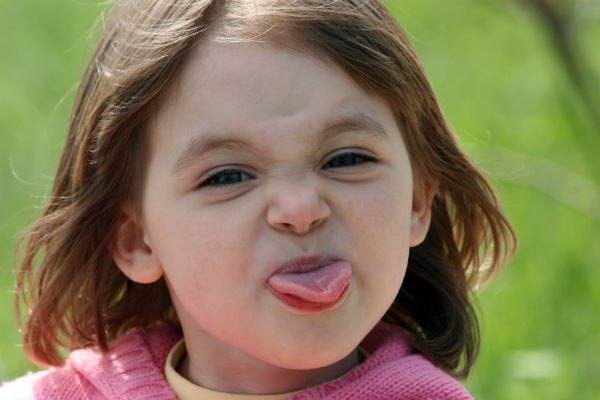 If you live with a young gremlins, you have surely noticed that he accepts your sentimental outpourings and your passionate hugs only to better defecate on you. Each emptying is generally followed by a blissful smile, which has nothing to do with love. No, it's just his way of showing you his contempt for guys like you.

2. When they rip their dolls' heads off

Have you noticed how our children behave with their dolls, comforters and other stuffed animals? Beheadings, strangulations, quarterings, drownings, tortures worse than in an Afghan jail. In short, if you weren't sure of the identity of the sperm that brought your treasure to life. 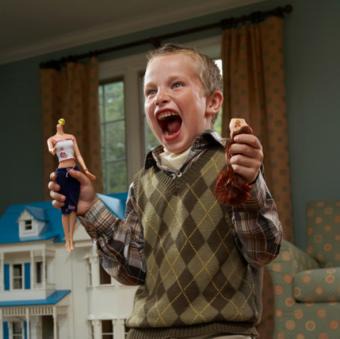 3. When they vomit whitish liquid on our favorite things

Curled against our chest, our marsupials look happy when they swallow their bottles. In fact, they only reach ecstasy when they regurgitate this whitish, smelly liquid on our best shirts, as a sign of satanic submission. To vary the pleasures and frighten us even more, our children even manage to vomit mucus when they are in good shape.

4. When they utter high pitched cries

Very young, our critters learn to utter frightening and destructive cries for unprepared eardrums. Legend even says that the singers of Black Sabbath, Mayhem and Gorgoroth pledged allegiance to the god of the bastards before finding success.

5. When they rant in an unknown language

If our choupinets don't speak a word of French, it's because they're too busy chatting with the demons. Mixture of black language, enochian and guttural acrobatics of which they are the only ones to master the subtleties, their strange language should nevertheless alert us. Yes but now, too busy changing their diapers, we often forget to perform the necessary exorcism as soon as possible. And then it's too late...

6. When they eat their poo

Believe me if you want, but if you leave a baby next to poop, well, there's a good chance he'll eat it. If that's not a sign of servitude to demons, that! (Special dedication to someone who will recognize themselves).

7. When they slash their faces 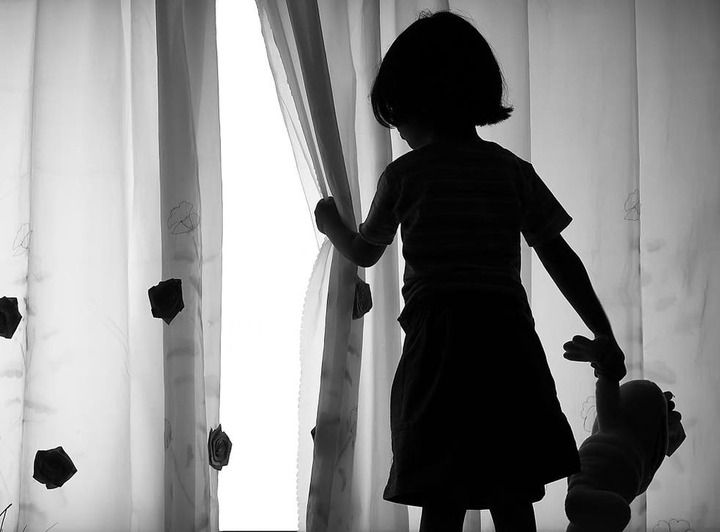 Self mutilation is one of its signs that surely betray Beelzebub's hold over the little bodies of our children. In short, if you don't cut their claws regularly, they end up slashing their faces as if to assert their diabolical superego in front of the world.

8. When they live at night

Like all self respecting imps, children live by night. Because once everyone is asleep, it's a lot more fun to howl your love for Satan. In the darkness, their eyes strained, their fingers in their mouths, they yelp for hours to go back to sleep like babies at sunrise.

9. When they change colors

It is enough to tickle them for three minutes to awaken the darkest part of their being. And here is the drama. From red, they can go to purple, and even to green. like yet another sign of submission to the evil one.

10. When they eat their feet

One of two things: either our children are completely shaken off the ciboulot, or they are totally in love with Lucifer. One thing is certain, you need to have one less cell to eat your feet.