By DropshipNews (self media writer) | 18 days ago 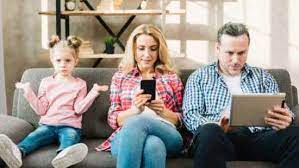 Bad parenting has been a major issue that has jeopardised the future of many people in the country. Some people do not even realise they are performing their parental functions in a bad way that could affect their children today or in the future. There are certain actions performed by parents which need to be stopped if indeed they want a brighter future for their children.

First of all, there are parents who sexually abuse their own biological children. In the Ghanaian culture, this is never accepted in any of the tribes and ethnic groups. However, there are some wicked people who commit incest with their own children. A large number of such stories heard are from fathers who sexually abuse their daughters. Some fathers are not able to control their sexual feelings and go to the extent of abusing their daughters. Daughters who easily fall into this trap are mostly children below 13years. 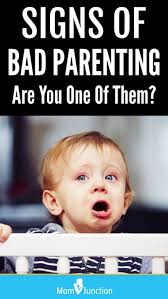 Some of these abused children find it difficult to report the issue to their mothers, other members of the family or authority in society. Unlike in some countries where children are trained to report any form of abuse encountered from even their parents to the police, children in Ghana usually are not trained in that way.

So with such issue, the children feel scared to report their own parents and continue to endure sexual abuse until they are a bit matured. Some of these young girls even end up liking this attitude and as they grow, they see it normal to have sexual activities with members of their own family. However, there are some mothers involved in this practice with their sons. Some parents go the extent of sexually abuse children of the same sex with them. 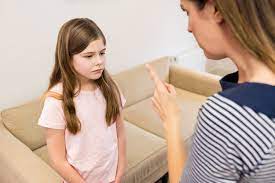 Aside sexual abuse, some parents are also involved in physical abuse of their children. They beat these children mercilessly thinking that doing so will help correct bad attitudes in their children. Instead, they end up wounding their own children and leaving scars on their bodies for the rest of their lives. There was even a case when a mother was trying to hit her son with a pestle and ended up hitting his head and causing the death of her own son. Although it is true that when you spare the rod, you spoil the child, some parents over-abuse the children.

We also have parents who totally neglect their parenting roles by leaving the child to be brought up by the other parent. Some fathers abandon their children in the care of their mothers only and vice versa. They do not want to do anything to support the upbringing of their ward. 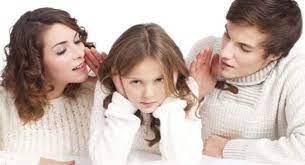 Some parents also practise negative attitudes in the sight of their children. Parents who take in excessive alcohol do so in front of their kids. Some parents also smoke or take in hard drugs in the presence of their kids. As children grow, most of them believe that whatever is done by their parents is acceptable in society. This is where children at an early stage, some children are caught in practices like smoking, excessive alcohol intake, prostitution and even drug abuse. Parents in this group think they are satisfying their own pleasures and have forgotten the seed they are sowing in their younger ones.

Finally, if parents refuse to perform their parental roles in a proper manner, do we see a brighter future for affected children?