Have You Noticed These Things In Life

By Opicnews (self media writer) | 1 month ago

Have you noticed that even in school… not all of us in the same class were of the same age?

Did you still notice that others were younger than we were… yet sometimes performed better than we did?

Have you even noticed that there were others who were poor yet always first and others who paid their fees first and… were still last?

Have you noticed that that some of your mates in high school wrote ‘Nov/Dec’ exams and entered university earlier than you did… but eventually you got a job before some did?

Have you even noticed that some of your friends with whom you had good jobs died before 30… the same age others actually had a good job?

Have you noticed that others had their dream jobs at 40… the same age others were laid off?

Have you noticed that someone who had been single for 30 years married after just months of dating while others who have dated since age 15 still have no glimpse of a wedding even at age 49 and half?

Have you noticed that someone became a superstar at 12 and before 40 died a shameful death of drug abuse while another ‘ordinary’ man died of old age at 93 and quarter?

Have you even noticed that someone drives the latest four-wheeler and has a mansion yet has no place to call a home while another man lives on the street where he excitedly calls his home after feeding on crumbs?

Have you even noticed that some kids have all the latest gadgets at home yet know no happiness while others in slums know the secrets of happiness no one knows?

Have you even taken note of the fact that some students become professors when their lecturers are still doctorate degree holders?

Did you even notice that one of the two accomplished robbers on the cross had easy access to Paradise while Judas who had been with Jesus all this while had to die a shameful suicidal death?

Have you noticed it doesn’t make sense to compare ourselves with others because what they have now, we may have later… and vice versa? Have you noticed that though we all are humans, we have different harvest seasons?

Have you noticed? Comparing ourselves with others is like comparing apples with oranges. Though they all are fruits, they have different harvest seasons, taste, and even outward look!

Conditions are temporary. They have expiry dates. Whatever you are going through has a time for expiration.

Have you noticed that it took only a day for Joseph’s brothers to bow before him without knowing they were fulfilling the dream he had told them about many years ago? Smile. Your harvest season will surely come. Your dream shall come to pass. This life is unpredictable. It is ‘someway’. Have you noticed? 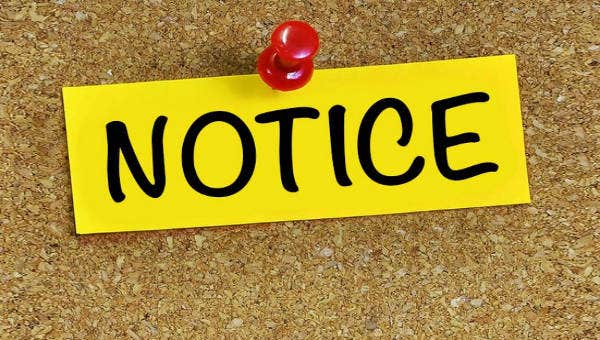