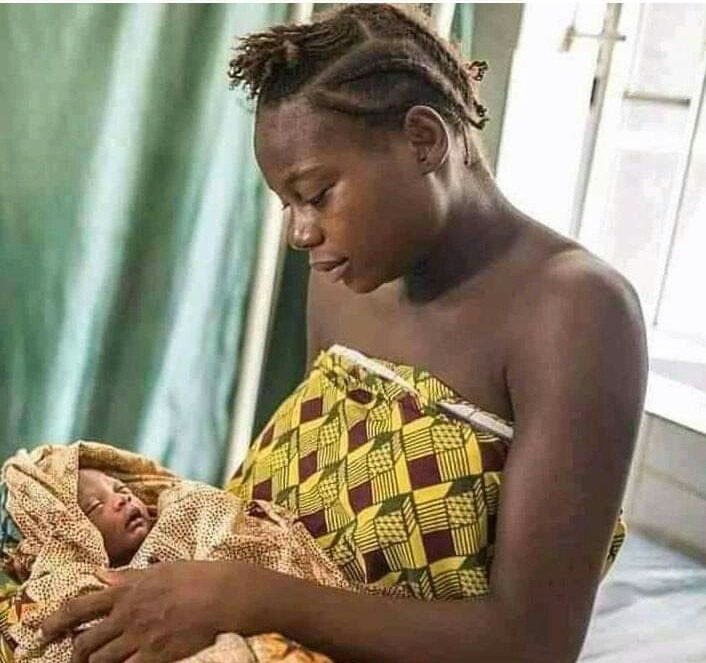 Janet Amoah has shared tears of joy after doctors and midwives were able to locate her son which was assumed to be missing shortly after birth. Janet who went to the Our Hopes Hospital was able to deliver in peace after 36 hours of admission before the child went missing. Janet who lost her husband a few months ago is going to be the only surviving parent to young little Kwame, who was born on Saturday 17 April 2021.

Janet knew her child was going to be born On Saturday when the grandmother of her late husband prophesied that the child was going to be the second coming of her husband who died last year. Joel who was the husband of Janet did not enjoy his marriage when he died nine months after their marriage ceremony. He complained of malaria and was taken to the pharmacy for medications but he could not survive it and died last year when the wife was five months into her journey. The grandmother of Joel, Obaapanin Fofie gave blessings to Janet that she shall see her husband again and it will be his second coming.

It wasn't news to Janet when the midwife read her scan results to him that it was a boy, all we left was for the day she was going to give birth as the late husband's grandmother had her believe she was going to give birth to Kwame Joel, just as her husband. Janet was admitted to the Our Hopes Hospital on Thursday evening when her water broke as a sign of childbirth. The midwife did everything on the Thursday evening and the child never came. They rested and Friday came. They did everything possible by even giving Janet an injection but the little man never came.

They allowed Janet to rest when the little man wasn't coming, and Janet was relaxing on her side when she heard sounds of a little kid crying from her beneath. The child who was not coming from the Thursday evening, and the whole of Friday, came as soon as it was 12:00 Saturday dawn. Janet was asleep on her back when she heard the noise that woke her up. She stretched her legs and found out she has delivered while she slept. She shouted for the night nurses who came to her assistance and made sure everything was in order.

The night nurses mistakenly gave her son to another mother and forgot about Janet who had delivered the baby. They did not find the child from the whole of Saturday and Sunday until this morning, when the other mother brought Janet her son. The other mother had her son in an incubator and thought that was her son they have taken her from the incubator when they brought Janet's son to her. The early morning doctors who came for inspections this morning asked the nursing mother her son will be taken from the incubator next week, and that was when the doctors found out she was nursing the wrong child.

The doctors traced the young baby to Janet since she was the only mother complaining of her missing son from the day she delivered. Janet found the cylinder-shaped birthmark just as her husband had it, and was able to confirm that was her child. Doctors are also running tests on the child to confirm medically that, that is the real child of Janet. Janet could not hold back her tears as they handed her, her baby for the first time after giving birth on Saturday. 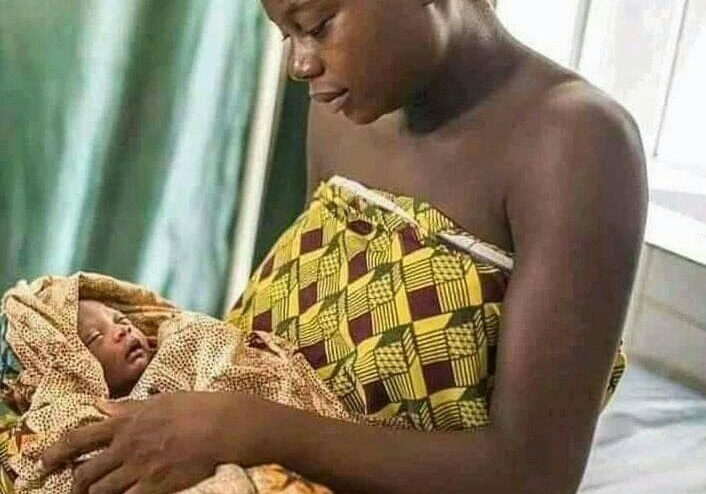 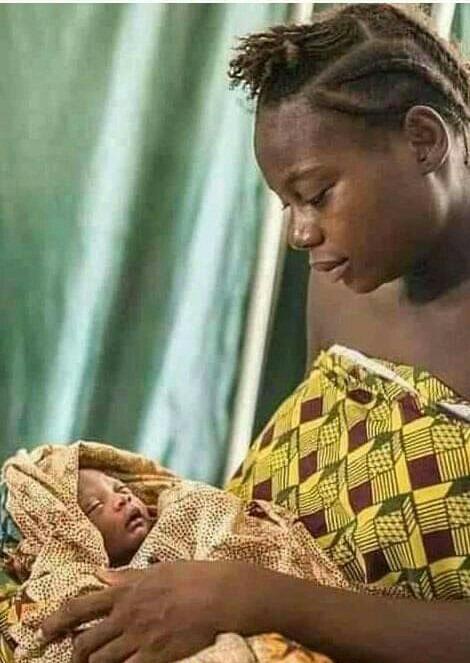 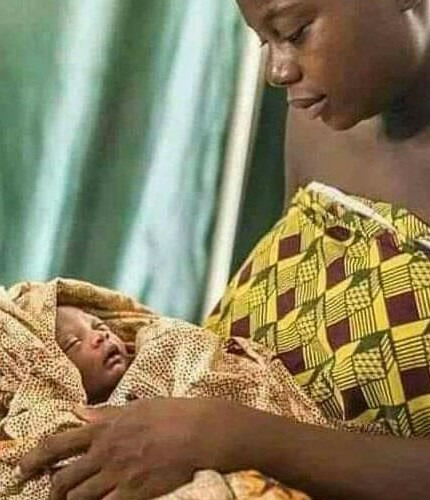 BonoDerby: Aduana Stars Struggle To Get Early Goal In 2nd Half Against Berekum Chelsea, Game Summary