By Auntykuma (self media writer) | 5 months ago

A medical doctor shared this pictures on Twitter after successful surgery on one of his patients. The purpose of this post is to enlighten women on the danger of Cyst women often mistaken for pregnancy. 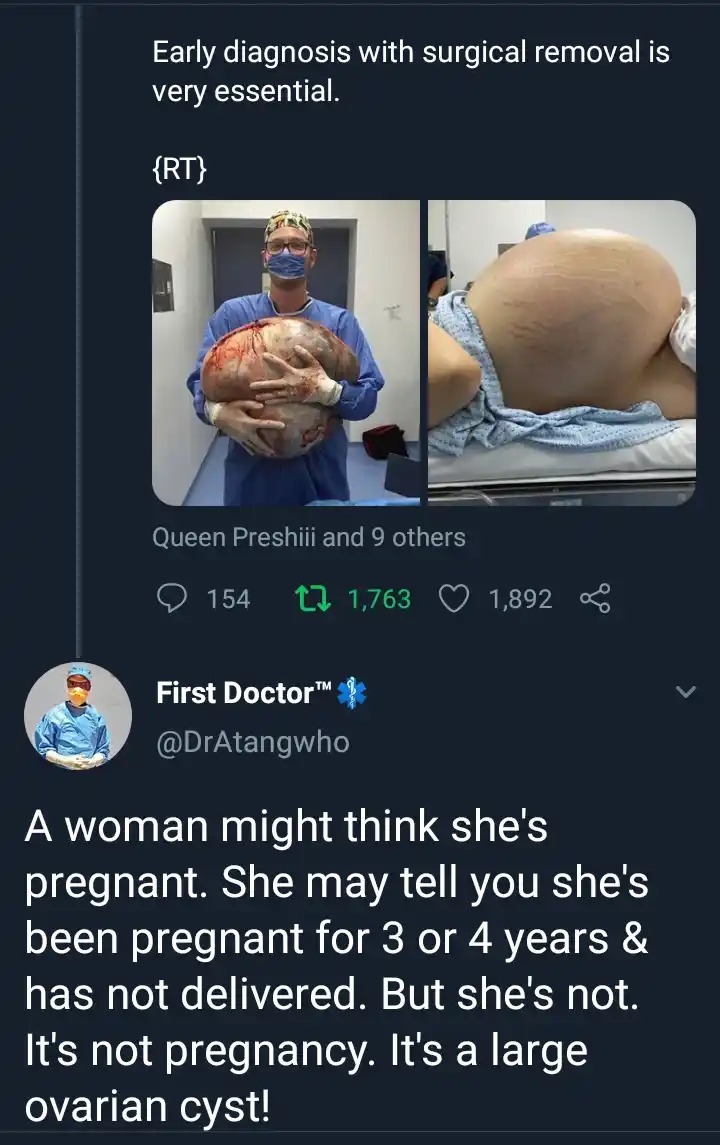 Doctors in Mexico managed to save the life of a 24-year-old woman by removing a 32-kg ovarian cyst, which grew over an 11-month period, from her body. 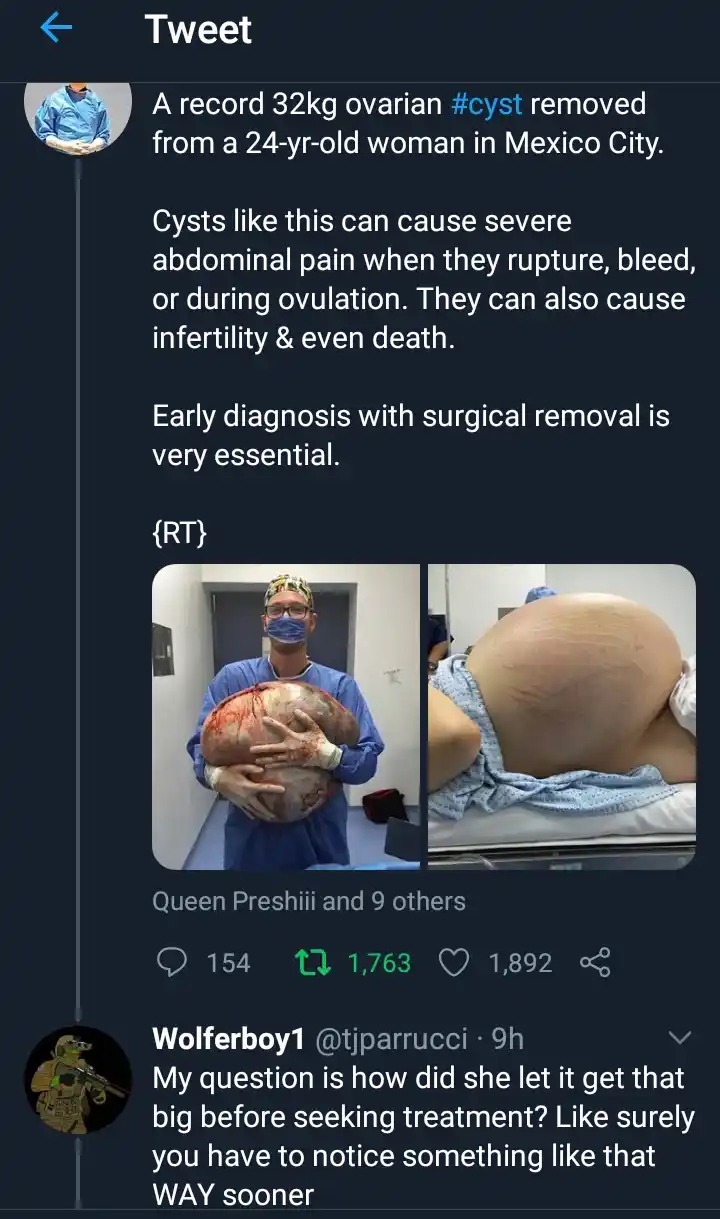 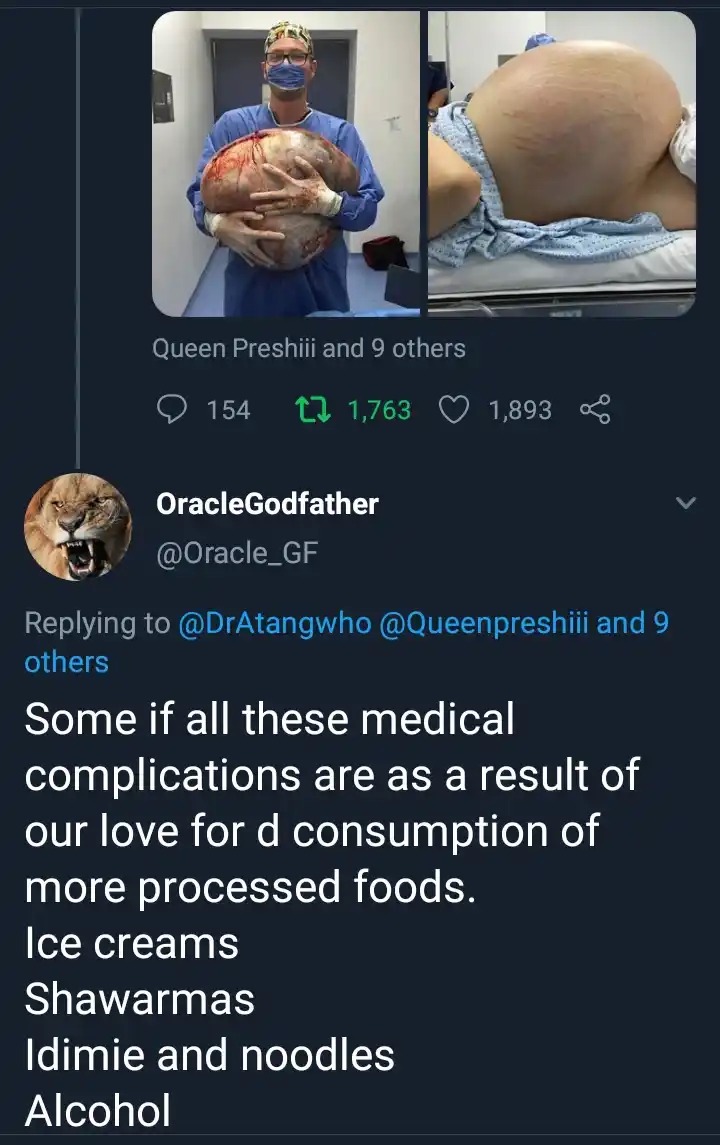 The cyst, believed to be the biggest-ever removed whole, is reported to have weighed the equivalent of ten newborn babies.

The doctors said the cyst was the "largest ovarian cyst ever to be removed whole without draining it first or spilling it."

A doctor said, "This is the biggest cyst I have operated on, it was so large that it took up 95% of the patient’s abdomen. It’s really rare to operate on a cyst this big, it measured half a metre in diameter and the circumference was 157 cm."

Scans revealed an ovarian cyst that swelled over 11 months to a whopping 73 pounds equal to a 10-year-old child and put her at risk of heart failure.

The pressure from the cyst meant she had problems walking, breathing and eating due to the compression of her organs.

Meanwhile, the woman is recovering well.