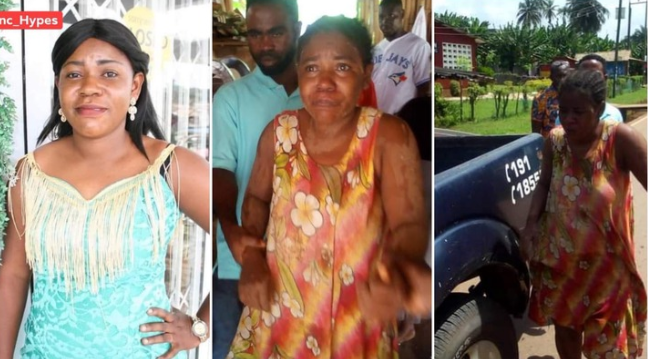 Missing but found woman in Takoradi who goes by the name, Josephine Panyin Mensah Simons has reportedly confessed that she's not pregnant.

It has been reported that, Josephine Panyin Mensah Simons has confessed to a team made up of medical doctors and CID officers who were with her at Effia-Nkwanta Regional Hospital that she was not pregnant.

According to source, a police officer told Empire Fm based in Takoradi.

Same source says Madam Josephine has asked for forgiveness amidst uncontrollable tears from the husband, Michael Simons who is shocked after his wife confession.

The source further states that, Madam Josephine has not had sexual intercourse with the husband for the past three to four months with the excuse the she could lose her baby.

It also says since Tuesday, September 21, 2021, Madam Josephine neither spotted nor requested a sanitary pad to soak blood that might be dropping from her as a result of her given birth.