By DBright (self media writer) | 26 days ago 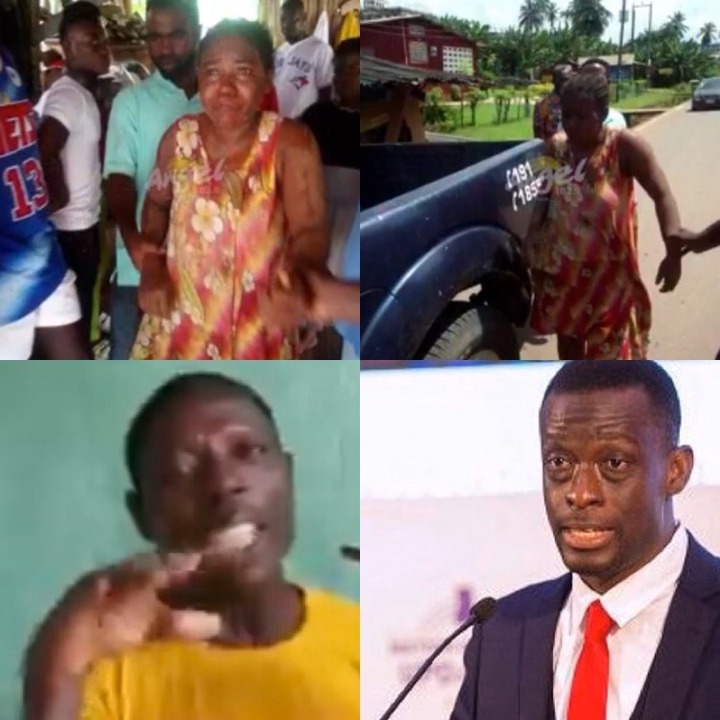 There has been lots of debates and arguments about the pregnancy of the kidnapped Takoradi woman as the family members of the victims and the Western regional Minister clash over the alarming issue.

Even though the Western regional Minister, Dr Kwabena Okyere Darko Mensah, BNI, Medical Doctor and other security services behind the case have come out to prove with their evidence that the kidnapped lady wasn’t pregnant and that she also lied about her kidnapping, angry family members have boldly come out to prove otherwise.

Speaking in a recent interview, one of the family members took the privilege to reveal all the secrets behind the kidnapping, pregnancy and other interesting issues behind Josephine’s case.

According to him, Josephine who is the victim wasn’t barren and has even given birth before getting pregnant which led to the unexpected incident.

He added that, the allegations made by the Western regional Minster, BNI, Medical Doctor and security services should be ignored because Josephine was 9-month pregnant before being abducted by her kidnappers.

”She didn’t come home that day, but she left her 3 years old baby at home that day at her mother’s house. So around 8:30 am, Josephine’s mother bathed and sent her first born son to school but Josephine hadn’t still returned home around that time. We then called Josephine’s husband around 9 am to find out about her wife but he said he hadn’t heard from her. We thought she could’ve visited the hospital because her time to deliver her baby was getting closer and closer each day. So we started looking for her at the various hospitals in the twin but we couldn’t find her. We then went to the police station around 1pm to lodge a complaint about her disappearance after which we headed to court to get out statements signed. So around 3:30 pm on Thursday, a strange number called Josephine’s mother and to our surprise, it was Josephine’s voice on the line”, He emphatically stated.

“She began crying on the phone whilst saying that, she has been kidnapped by unknown men so her mother should come and rescue her. As soon as her mother tried finding out her location, the kidnapper hanged up. We later tried reaching the line but nobody picked up. So on Friday, 7:26 am, the kidnapper called us and informed us that, Josephine has been released because we couldn’t use her for the rituals”, He emphatically added.

Surprisingly, he revealed that, Josephine gave birth some few days after her abduction since fear and pressure could force the baby to come out since the time for her to deliver was very close.

“Josephine was 9 month pregnant before she was abducted and would definitely give birth considering the trauma she went through during when she was kidnapped. She usually goes for checkups at the European hospital at Takoradi”, He emphatically revealed.

Do you think the Western Regional Minster, BNI and Medical Doctor had anything to do with the Kidnapped lady’s pregnancy even though most Ghanaians think otherwise?

Fight your fight but please, do not let it affect Ghanaians because Ghana is hot. Sam George told